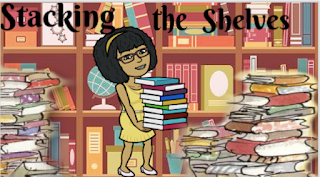 Stacking the Shelves is a weekly blog post hosted by Tynga's Reviews to share what books you've bought this past week. I have been very bad this week in terms of buying books.
While I am no longer on a book buying ban, after two years of being on one I have really scaled back my book buying. Since January, these 6 books are all I've bought. I grabbed Void by CoraLee June and Raven Kennedy because my hubby gave me his gift cards after buying a bunch of guitar stuff.
The Wicked Trilogy I grabbed since I've wanted them on my shelves for a long time and Half-Price Books was having a sale.
A Vow So Bold and Deadly and A Court of Silver Flames I grabbed since I'm a binge reader and when I finally get in the mood to finish both series I don't want to wait to read the final book. 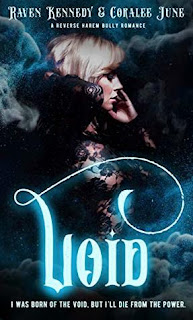 I was born of nothing.

I’m a Void, a rare supernatural capable of absorbing powers at the brush of my skin.

Thibault Academy is full of supernaturals that want me dead, and the most powerful of them, the Paragons, will stop at nothing to ensure I go back to the hell I came from. They’re cruel, heartless, and have created an unlikely alliance to take me down.

If I want to learn how to control the nothingness, I’ll have to survive them.

I was born of the void, but I’ll die from the power.

This is a reverse harem bully romance. 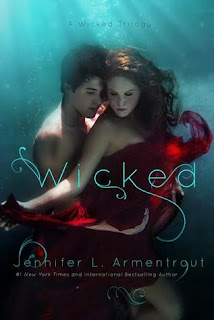 Things are about to get Wicked in New Orleans.
Twenty-two-year-old Ivy Morgan isn’t your average college student. She, and others like her, know humans aren’t the only thing trolling the French Quarter for fun… and for food. Her duty to the Order is her life. After all, four years ago, she lost everything at the hands of the creatures she’d sworn to hunt, tearing her world and her heart apart.
Ren Owens is the last person Ivy expected to enter her rigidly controlled life. He’s six feet and three inches of temptation and swoon-inducing charm. With forest-green eyes and a smile that’s surely left a stream of broken hearts in its wake, he has an uncanny, almost unnatural ability to make her yearn for everything he has to offer. But letting him in is as dangerous as hunting the cold-blooded killers stalking the streets. Losing the boy she loved once before had nearly destroyed her, but the sparking tension that grows between them becomes impossible for Ivy to deny. Deep down, she wants… she needs more than what her duty demands of her, what her past has shaped for her.
But as Ivy grows closer to Ren, she realizes she’s not the only one carrying secrets that could shatter the frail bond between them. There’s something he’s not telling her, and one thing is for certain. She’s no longer sure what is more dangerous to her—the ancient beings threatening to take over the town or the man demanding to lay claim to her heart and her soul. 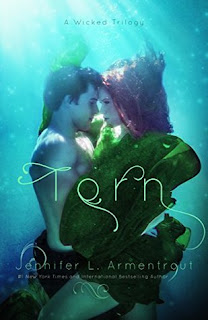 Torn between duty and survival, nothing can be the same.
Everything Ivy Morgan thought she knew has been turned on its head. After being betrayed and then nearly killed by the Prince of the Fae, she’s left bruised and devastated—and with an earth-shattering secret that she must keep at all costs. And if the Order finds out her secret, they’ll kill her.
Then there’s Ren Owens, the sexy, tattooed Elite member of the Order who has been sharing Ivy’s bed and claiming her heart. Their chemistry is smoking hot, but Ivy knows that Ren has always valued his duty to the Order above all else—he could never touch her if he knew the truth. That is if he let her live at all. Yet how can she live with herself if she lies to him?
But as the Fae Prince begins to close in, intent on permanently opening the gates to the Otherworld, Ivy is running out of options. If she doesn’t figure out who she can trust—and fast—it’s not only her heart that will be torn apart but civilization itself. 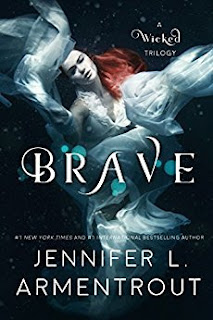 Ivy Morgan hasn't been feeling like herself lately. Not like anyone can blame her. After all, being held captive by a psychotic fae prince hell-bent on permanently opening the gates to the Otherworld is bound to leave some mental scars.
It’s more than that, though. Something dark and insidious is spreading throughout Ivy, more powerful than she could ever imagine... and it’s coming between her and the man she’s fallen deeply in love with, elite Order member Ren Owens.
Ren would do anything to keep Ivy safe. Anything. But when he makes a life-altering choice for her, the fallout of his act has far-reaching consequences that threaten to tear their lives apart.
If Ivy is going to have any hope of surviving this, she must put aside the hurt and betrayal she feels, and work with not only those she loves but with an enemy, she would rather kill than ever trust. War is coming, and it soon becomes clear that what Ivy and Ren thought they knew about the Order, themselves, and even their enemies, has been nothing but a cluster of dangerous, deadly lies.
Ivy knows she must be more than just brave to save those she loves--and, ultimately, to save herself.
Because behind every evil fae Prince, there’s a Queen…. 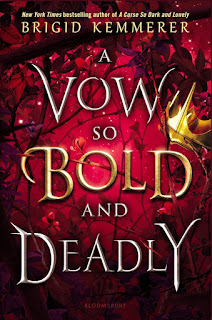 Face your fears, fight the battle.
Emberfall is crumbling fast, torn between those who believe Rhen is the rightful prince and those who are eager to begin a new era under Grey, the true heir. Grey has agreed to wait two months before attacking Emberfall, and in that time, Rhen has turned away from everyone—even Harper, as she desperately tries to help him find a path to peace.
Fight the battle, save the kingdom.
Meanwhile, Lia Mara struggles to rule Syhl Shallow with a gentler hand than her mother. But after enjoying decades of peace once magic was driven out of their lands, some of her subjects are angry Lia Mara has an enchanted prince and a magical scraver by her side. As Grey's deadline draws nearer, Lia Mara questions if she can be the queen her country needs.
As the two kingdoms come closer to conflict, loyalties are tested, love is threatened, and a dangerous enemy returns, in this stunning conclusion to bestselling author Brigid Kemmerer’s Cursebreaker series. 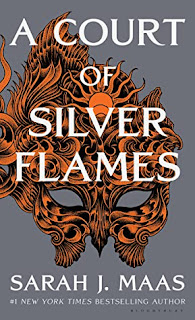 Nesta Archeron has always been prickly-proud, swift to anger, and slow to forgive. And ever since being forced into the Cauldron and becoming High Fae against her will, she's struggled to find a place for herself within the strange, deadly world she inhabits. Worse, she can't seem to move past the horrors of the war with Hybern and all she lost in it.
The one person who ignites her temper more than any other is Cassian, the battle-scarred warrior whose position in Rhysand and Feyre's Night Court keeps him constantly in Nesta's orbit. But her temper isn't the only thing Cassian ignites. The fire between them is undeniable and only burns hotter as they are forced into close quarters with each other.
Meanwhile, the treacherous human queens who returned to the Continent during the last war have forged a dangerous new alliance, threatening the fragile peace that has settled over the realms. And the key to halting them might very well rely on Cassian and Nesta facing their haunting pasts.
Against the sweeping backdrop of a world seared by war and plagued with uncertainty, Nesta and Cassian battle monsters from within and without as they search for acceptance-and healing-in each other's arms.

What did you stack your shelves with this past week?