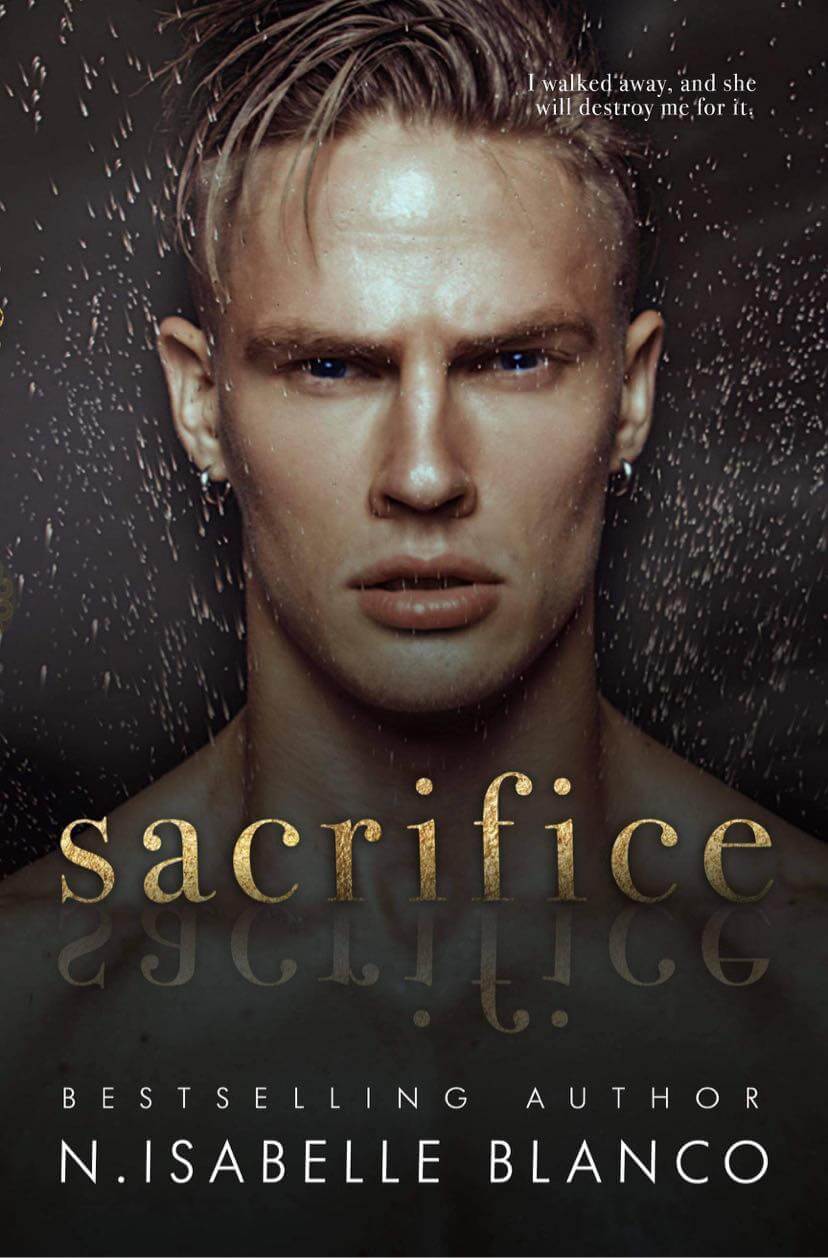 SACRIFICE (Ryze 3.5) by N. Isabelle Blanco
Release Date: April 27th
Genre: Dark Paranormal/Dark Fantasy
Add to Goodreads
NOW AVAILABLE!! NEW EXTENDED VERSION 5 NEW CHAPTERS!!
Amazon | Amazon UK | Amazon CA | Amazon AU
Start the Series with Lust (Ryze #1) for FREE in KU!
Blurb:
Megara
We all know the story.
How it ended.
He survived and conquered each task.
Became the hero of all heroes.
And in the end he became a legend.
What no one told you is that I was there. I was helping him . . . and when he ascended, I was left behind to rot.
Herakles never knew I sold my soul for his success—he didn’t need to. Had I been enough on my own, he would’ve chosen to stay.
Instead, he rose to full glory.
I was dragged straight to Hades.
Beaten.
Violated.
Broken.
Eventually, mutated.
I lost track of him for nearly three millennia, but I’ve found him.
I will kill him.
He chose to become a god; I was forced to become a nightmare.
Now it’s time for us to meet again.
Herakles
It took less than a year on Olympus before I began searching for her again.
I never found her.
Now, two-in-a-half-thousand years later, here I am.
Alone.
Empty.
An immortal ghost, simply getting by.
I should’ve never left her.
The only thing I had was hoping the last of her mortal days, wherever she ended up, were happy...
Joke’s on me.
A darkened, twisted version of my female returns, demanding my head for every one of my sins.
And she shall have it.
But first, I’m saving her from her curse.
I’ll sacrifice every ounce of my sanity left to free her . . . right before I let her end me once and for all.

About the Author:
N. Isabelle Blanco is the Amazon Bestselling Author of the Allure Series, the Need Series with K.I.Lynn, and many others. At the age of three, due to an odd fascination with studying her mother's handwriting, she began to read and write. By the time she'd reached kindergarten, she had an extensive vocabulary and her obsession with words began to bleed into every aspect of her life.
That is until coffee came along and took over everything else.
Nowadays, N. spends most of her days surviving the crazy New York rush and arguing with her characters every ten minutes or so, all in the hopes of one day getting them under control.
Sign up for N. Isabelle Blanco’s Newsletter and receive a free book:
Connect with the Author: Facebook | Facebook Group | Twitter | Instagram | Goodreads | Amazon | Bookbub | NL Signup
Posted by Reese's Reviews at 12:00 AM