Release Blitz: I BITE SHE SUCKS by Penelope Bloom 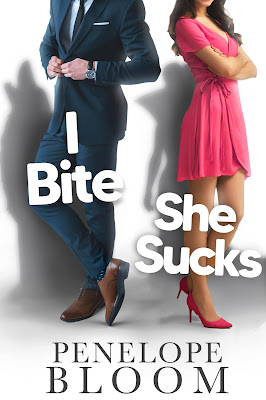 I threw a paper airplane love note from my window.

I aimed it at a gorgeous stranger and put my address on it.

Yep. You guessed it. I missed and hit a werewolf instead.

Best thing that ever happened to me?

Next thing I knew, a large angrily attractive werewolf man was trying to get in my apartment. I introduced him to my baseball bat and figured that was the end of things.

Because my well-meaning sister became a vampire to cure my immune disorder. Long story. In the process, she got a deadly team of fang bangers to hunt us for breaking their rules. Longer story. A+ for good intentions and a D- for execution, if you ask me.

Re-enter Mr. Grumpy and Growly werewolf. He’s going to be my bodyguard slash kidnapper, whether I like it or not. Apparently, he’s the only thing standing between me and certain death. Swoon, right?

Of course, he hates all things vampire. A.K.A. he will take me from undead to dead-dead if he figures out what I’m becoming.

Thankfully, he has completely underestimated my ability to woo him with my adorable innocence, cheery disposition, and extreme powers of modesty.

As long as the feelings stay one-sided, I’ll be fine. Because giving your heart to a guy who is probably going to try to murder you is a recipe for disaster. And come on. When was the last time I made a catastrophic, life-threatening mistake? 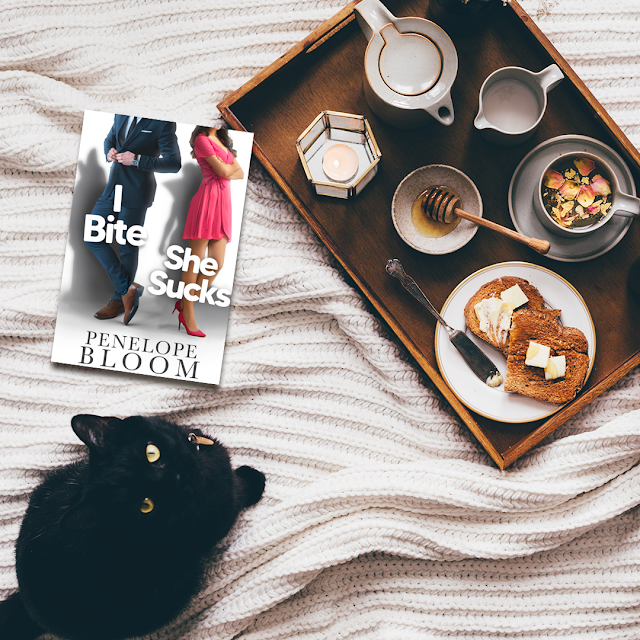 My Review:
I Bite She Sucks was such a fun read. From beginning to end I was laughing my butt off and constantly craving food.

Sylvie has spent her whole life in a bubble due to a weakened immune system. Anything and everything can make her sick, so instead of living life on the outside like everyone else, she watches life pass her by and reads.

One day she accidentally sends a sappy love letter to a handsome stranger outside her window, never intending them to even see it. Except things go wrong and a gruff sexy stranger comes banging on her door to tell her she's an idiot.

Riggs has been in a slump for a long time and sees no end in sight. It doesn't bother him either. When he unexpectantly saves a girl from being harassed at her front door he doesn't expect the instant attraction.

Riggs and Sylvie are such cute characters. Riggs is controlled by a lifetime of prejudice but really grows throughout this story to see outside of all the rigid rules of the world.

Sylvie is very innocent and protective of the people she cares for. I loved how she was able to show Riggs how to enjoy life again. It was an adorable and enlightening part of the story to read.

I Bite She Sucks was a fantastic paranormal comedy romance. I enjoyed it from beginning to end and I can't wait to see what Penelope Bloom writes next. 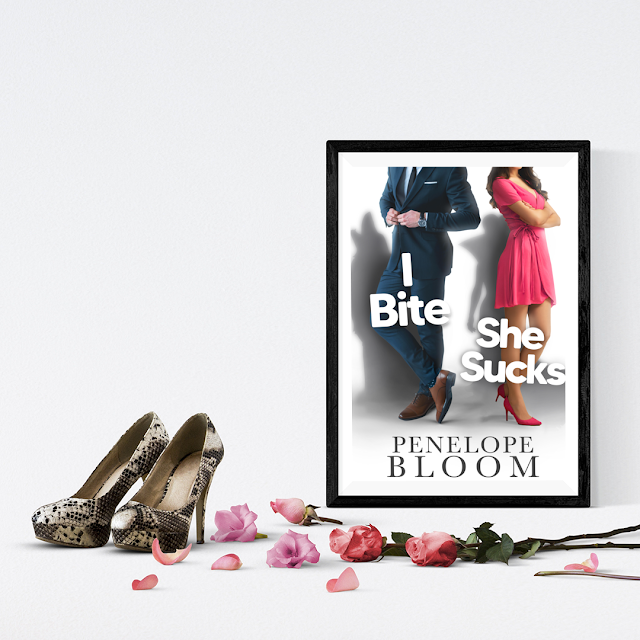 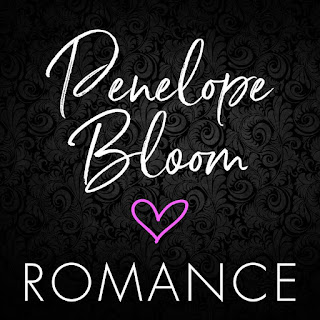 I'm a USA Today Bestselling Author and have written nearly a dozen top 50 amazon bestsellers, including four books that have hit the top 10!
Despite all that, I'm still a nervous wreck before I release every new book and I still feel like I have so much more to learn about writing and publishing than I can even wrap my head around.
I'm just beyond honored and humbled that so many readers have embraced me and found enjoyment in my words because I can't think of any better opportunity than this.
When I'm not writing and stressing about what I'm going to write, I'm trying to wrangle my two little girls who are 2 and a half and 1 and a half. When I'm not wrangling them, I'm trying to keep my husband in line.
Writing and helping run the family isn't easy, but I'd never trade it for anything!
Connect with Penelope Bloom: Website | Facebook | Amazon Author Page | Goodreads | Instagram