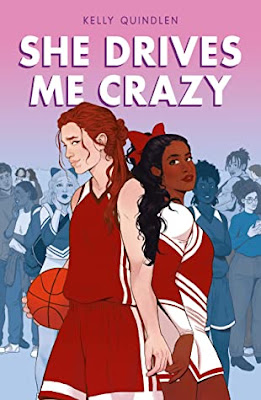 Description:
High school nemeses fall in love in this queer YA rom com perfect for fans of Becky Albertalli and Casey McQuisten.

After losing spectacularly to her ex-girlfriend in their first game since their break up, Scottie Zajac gets into a fender bender with the worst possible person: her nemesis, the incredibly beautiful and incredibly mean Irene Abraham. Things only get worse when their nosey, do-gooder moms get involved and the girls are forced to carpool together until Irene’s car gets out of the shop.

Their bumpy start the only gets bumpier the more time they spend together. But when an opportunity presents itself for Scottie to get back at her toxic ex (and climb her school’s social ladder at the same time), she bribes Irene into playing along. Hijinks, heartbreak, and gay fake-dating scheme for the ages. From author Kelly Quindlen comes a new laugh-out-loud romp through the ups and downs of teen romance.

My Review:
I was approved an ARC for She Drives Me Crazy by the publisher for an honest review.

I enjoyed She Drives Me Crazy so very much. It was my first exposure to Kelly Quindlen's writing and I will be sure to read more of her books whenever the chance arises.
She Drives Me Crazy (the song plays in my head every time too, it's not just you), is an enemies-to-lovers story with a sports theme. I enjoyed both Irene, Scottie, and all the supporting characters in this story. None of the supporting characters felt tacked on for drama purposes. The enemies-to-lovers trope was well done and was done with a fresh spin on it that made this amazing trope not feel cliche.
Scottie isn't over her ex, at all. They started dating the previous school year and played basketball together. Then Tally decided going to another school would be better for her to climb the social ladder and dumped Scottie. Now Scottie's going into her senior year with a broken heart. When her team plays their first game against Tally's new team Scottie completely bombs it. The cherry on top is that on the way home Scottie gets into an accident with the girl who had her car towed last year at a party, Irene.
Irene and Scottie butted heads from the get-go. Irene comes across as kind of an ice queen cheerleader who doesn't care about anyone or anything. I enjoyed getting to know her throughout the story and realize a lot of it was put on so she couldn't get hurt.
Scottie deals with a lot of her grief in this story. She tries fake-dating, distraction, and then ultimately facing her heartache head one. None of it's easy and I enjoyed reading about Scottie's mourning and heartbreak journey. I think this story and the characters felt very grounded. They didn't feel put on or fake and nothing felt convenient. Neither Scottie nor Irene are perfect characters and they messed up a lot, but I was always rooting for them, even if at times I was rooting for them to pull their heads from their asses.
She Drives Me Crazy was an amazing read and an absolute must-read. 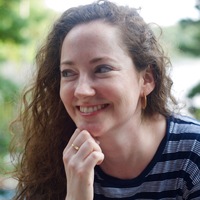 Kelly is the author of YA novels She Drives Me Crazy and Late to the Party. She is also the author of the self-published novel Her Name in the Sky, which has sold over 25,000 copies through word-of-mouth in the queer community.
Kelly graduated from Vanderbilt University with a degree in English Literature and American Studies. She spent two years teaching middle school math with Teach for America in Baton Rouge, Louisiana. She currently lives in Atlanta, where she is on the leadership team of a non-profit for Catholic parents with LGBT children.
Website | Twitter | Instagram | Goodreads