Today we are celebrating the release of the newest, romantic suspense title from Kaylea Cross. UNDERCURRENT is the first book in the Kill Devil Hills series and it just went live! Be sure to add the book to your TBR pile and follow Kaylea for exclusive updates about this new series. You can read an excerpt from the book below. 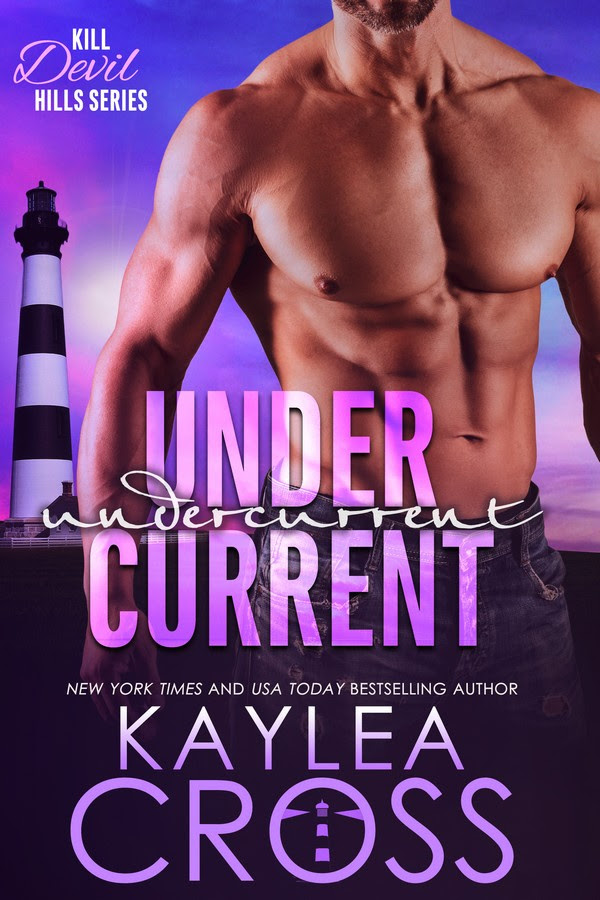 Book Blurb:
She’s looking to reinvent herself.
After the worst two years of her life, Aspen Savich has just moved across the country to the Outer Banks, looking to start over and leave her painful past behind. But it follows her anyway, bringing consequences she never could have imagined. Someone is watching her. Targeting her—and they don’t care who gets in the way. She has no one to turn to except the sexy local mechanic who has found a way past all her defenses, never dreaming the kind of danger they’re up against.
He’s about to have his world turned upside down.
Tragedy made Coast Guard vet Bowie Davenport withdraw from the world around him. He’s lived in Kill Devil Hills his whole life, focusing on work and family. Being alone is something he made peace with long ago—until the sexiest woman he’s ever seen pulls up to his garage in a little red Woody asking for help. There’s no way he can say no, even with his unwanted attraction to her. He tries to fight it, but soon he’s fallen completely under her spell. And when the unthinkable happens, he won’t hesitate to stand between her and the deranged enemy bent on taking her life. 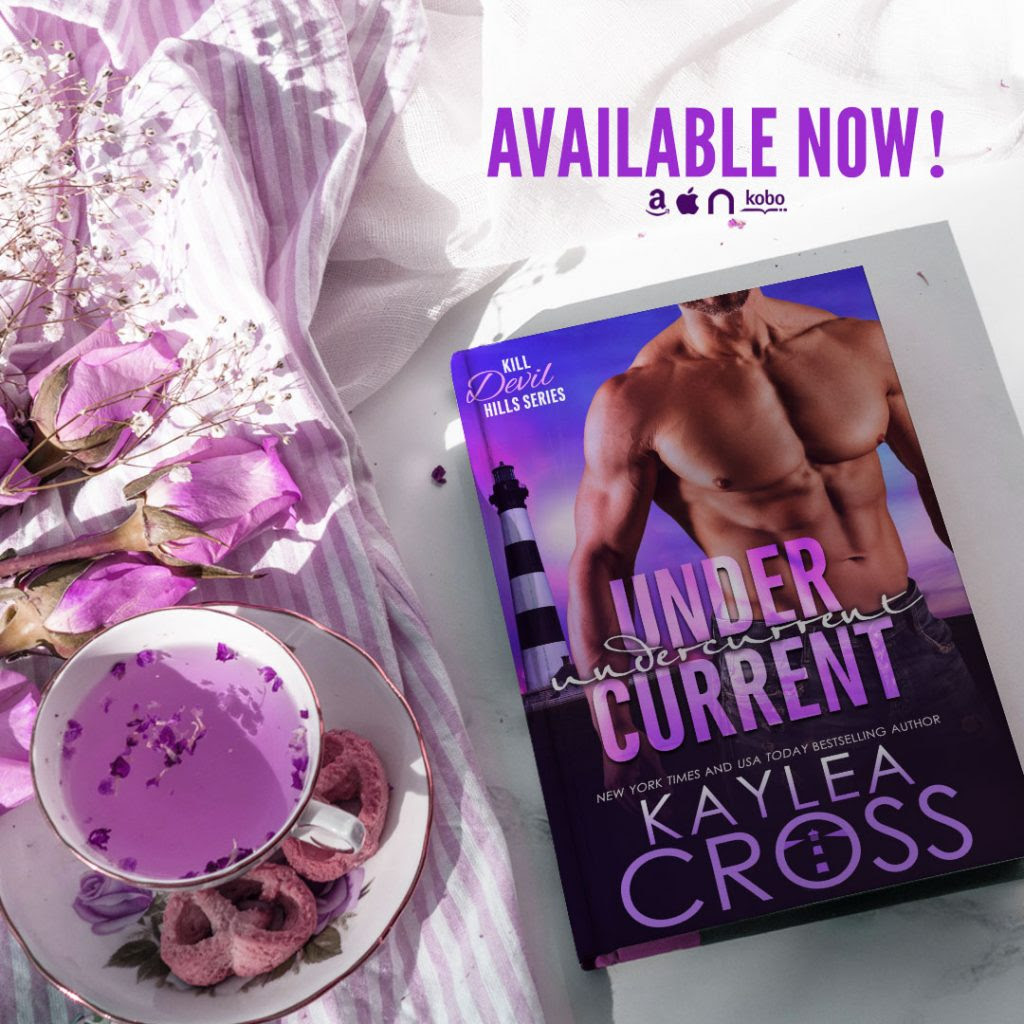 EXCERPT:
“Okay, time for you to try my banoffee pie.” Aspen pulled away and went into the kitchen to slice them each a big piece, then came to sit next to him on the couch in the living room.

Setting one plate on the coffee table she’d painted, she cut a bite from the other with her fork and held it out to him, the look in her eyes soft and full of female appreciation as she held his gaze. “Here.”

Bowie leaned forward and slowly parted his lips, accepting the mouthful. The instant the creamy confection hit his tongue, he moaned. “Oh my God.”

“I know, right? Here, have another. Make sure you really like it before you start on your own piece.”

He slid the bite from the tines with his lips, the cool whipped cream blending with the tang of the banana, the sweet softness of the toffee, and the golden, crisp graham cracker base. He growled low in his throat, savoring the explosion of flavors and textures.

Aspen’s eyes darkened, the pupils dilating. “Good?” she whispered, staring into his eyes.

Yeah, it was good. But he was even hungrier for her. He wanted to taste her, take away her sadness and show her just how desirable she was.

Curling a hand around the back of her neck, he covered her lips with his. Aspen set the plate down and deepened the kiss, leaning into him while her hands moved over his shoulders, up his neck to twine in his hair. She tasted sweet, like sugar, and she was so damn sexy, her full, soft curves driving him insane with the need to see them naked.

He kissed her again and again, one hand holding the back of her head while the other slid down to cup her ass and pull her flush to him. The softness of her breasts pressed to his chest, making the front of his jeans even tighter. He was rock hard already, aching for relief, and he wanted it to come from Aspen this time instead of his own hand while thinking about her.

She moaned when he trailed his tongue down the side of her neck, tipping her head aside to give him more room. The motion pushed the tops of her breasts up higher, taunting him with the view of her cleavage. He slid his hand around to cup the underside of one breast through her dress, then lowered his face until he could nuzzle the tempting valley between the mounds.

“Unzip me,” she whispered breathlessly, gripping his head tighter.

The desire in her voice made the fire in him burn even hotter. He found and tugged down the zipper at the back of her dress. The fabric loosened and fell away from her shoulders and chest, revealing the sheer, lacy black bra encasing her breasts. His mouth went dry, lust blasting through him at the sight of those hard pink nipples pressed against the cups.

He slid his thumbs across them, more blood rushing between his legs at the unbelievably sexy sound she made, her eyes dropping closed in pleasure. He’d give her a whole hell of a lot more pleasure than that before they were through tonight.