Today we have the blog tour for Laura Kaye’s new contemporary romance, FIGHTING THE FIRE! Check it out and order yours now! 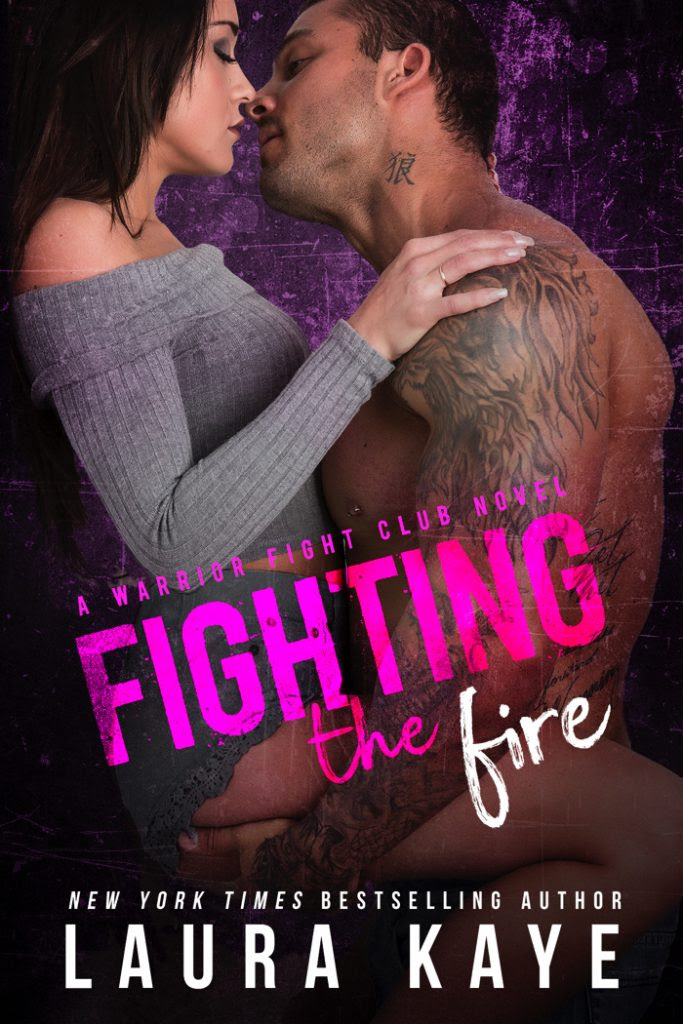 Title: Fighting the Fire
Author: Laura Kaye
Genre: Contemporary Romance
Here’s what you’ll get in Fighting the Fire:
Smart-ass firefighter hero who's also a closet nerd
Kick-ass ER nurse heroine
Frenemies to lovers when she nurses him back to health
Superhero movie marathon fun
Snarky banter for days!
A Note from Laura:
Dear Readers,
I’m so excited to share my new standalone romance, Fighting the Fire! This is the fourth book in my Warrior Fight Club contemporary romance series, which mixes military and sports romance elements to tell the story of an MMA training club which creates a found family for veterans transitioning to civilian life and dealing with their war-borne demons. In Fighting the Fire, Sean and Daniela are two of my favorite characters I've ever written--they're both strong, loyal, snarky, and hiding some pretty deep hurts that in the end make them so perfect for each other. And all that frenemies tension makes the chemistry between them hot AF! I hope you love them as much as I do!

About Fighting the Fire:
One night is never enough…

For firefighter Sean Riddick, Warrior Fight Club keeps the demons of his past at bay, even though it means seeing Daniela England. Her ball-busting sarcasm drives him nuts, and he knows he’s damaged goods anyway, but he can’t help but remember how good they were together that one time. Now he wants to take her to the mats no matter how much they go toe to toe.

ER nurse Daniela England has lost so much that she’s vowed never to need anyone again. Fight club helps her beat back her survivor’s guilt, but it means dealing with Riddick. The hot-but-infuriating firefighter is everything she wants to avoid, which is why their one-night stand was a mistake. Now she needs to keep her distance so it doesn’t happen again.

But when Dani witnesses Sean’s motorcycle accident, she steps up to help him recover. One on one, they get beneath all the snark and find a connection neither expected. As Sean heals, the sparks between them burst into red-hot passion—and ignite old wounds. Now there are fires all around—and they have to decide which they’ll fight and which they’ll let consume them. 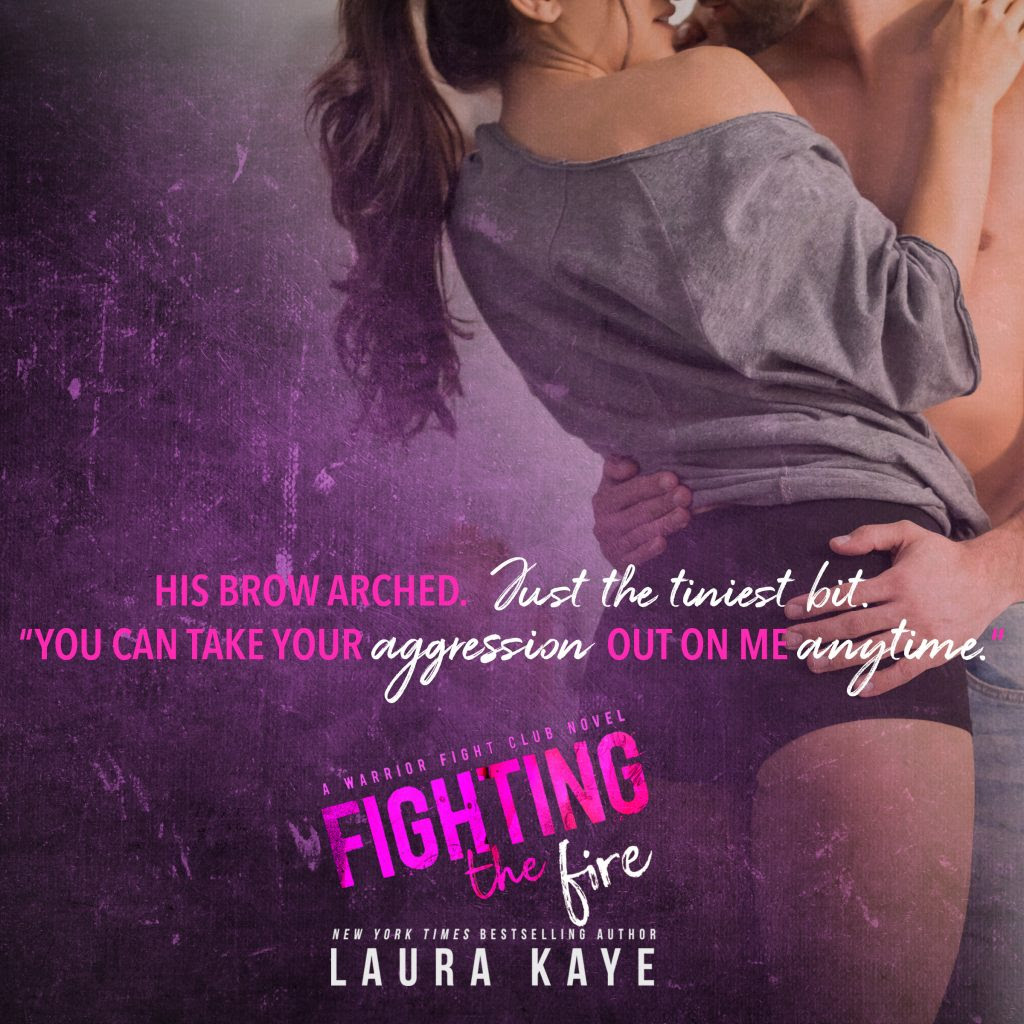 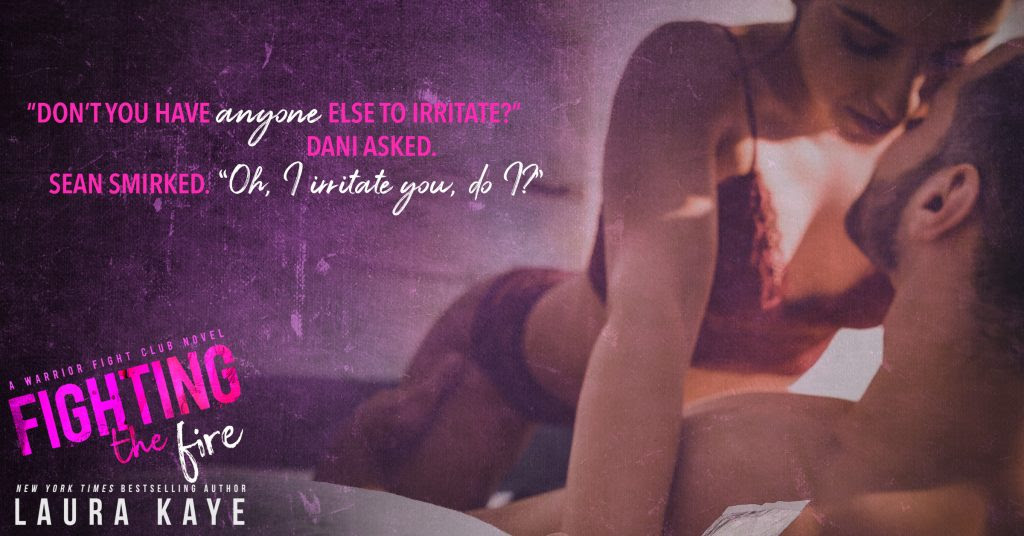 My Review:
I'm a sucker for Laura Kaye's books and I feel like I've been waiting a good minute for Fighting by Fire to be released.
Dani and Sean have been friends for a while now. They have the same group of friends, work in the same circles, and fight in the same club. One night they hooked up and since it's been a slow burn of foreplay between the two of them. Then Sean gets hurt and Dani does everything she can to help him get back on his feet.
I enjoyed Fighting the Fire quite a bit. I will say as someone who is a hardcore comic book fan, they totally watched all the Marvel movies out of order, but what can you do. Also, anyone who says Thor the Dark World is on par with Captain America: The Winter Soldier is insane. But back to the actual story.
Sean was a fun character to read about. He's a comic book fan who doesn't have a life outside of work and that reality hits him hard when he gets injured with nothing else to do. Plus he has some major self-esteem issues. Dani has her own struggles. She lost her husband in a tragic accident and blames herself for not being there. The two of them go through a lot of growth and ups and downs in this story and it really made me feel for these characters.
I will say I struggled to get sucked into this story like I have Laura Kaye's other works and I couldn't put a finger on what the problem was for me. That being said, the story was fun if not predictable and who isn't a sucker for a happy ending? 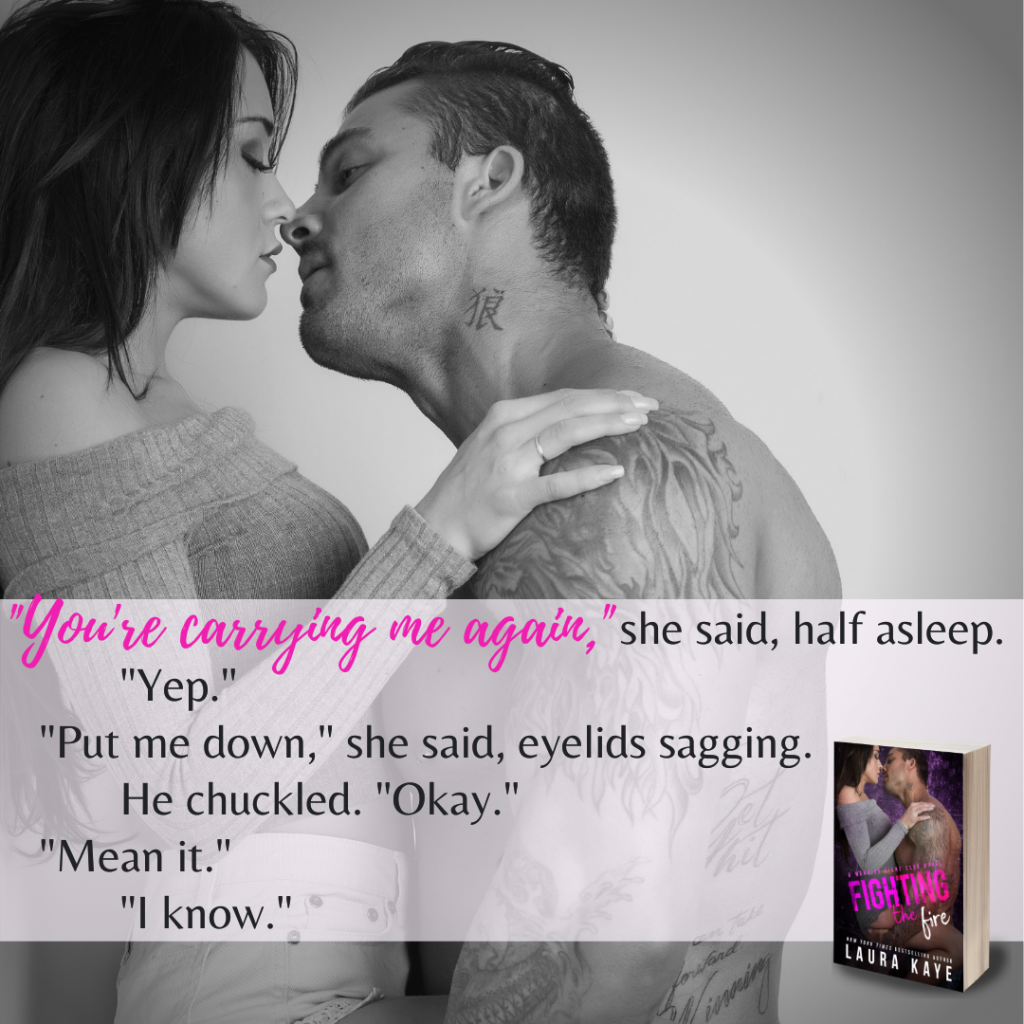 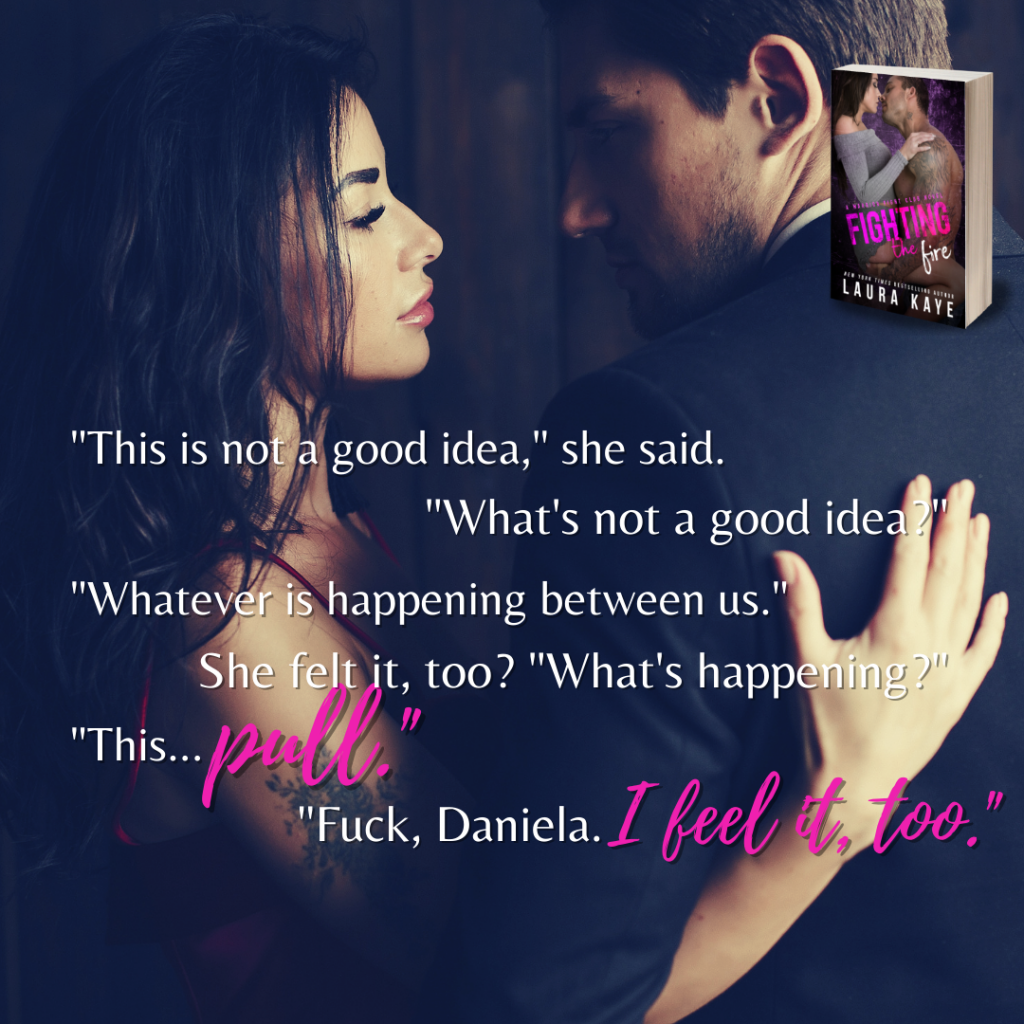