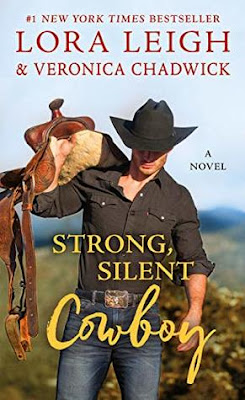 Blurb:
He Will Do Anything…

Sallie Hamblen had three incredibly hot, sexy nights with Jacob Donovan, an undercover CIA agent, before he disappeared, leaving her broken-hearted and forever yearning for the man she lost. Years later, Jacob doesn’t know that the beauty he’s about to seduce in a small town bar is the woman he held in his arms all those years ago… and that she’s on the run from her past.

To Keep Her Safe…

Former CIA agent turned cowboy, Jacob Donovan wants nothing more than a simple life. Just the ranch and occasionally someone warm and sweet in his bed. Until Sallie comes back into his life and all of a sudden he wants to be in her bed every night...all night. When he discovers that her life is in danger, he swears he’ll protect her. Even when secrets are revealed that threaten everything between them, he will lay everything on the line to keep her in his arms.

My Review:
I'm always hesitant to read stories with cowboys, but it was Lora Leigh and the cowboy was actually a CIA agent so I figured what could go wrong?

Sadly, for me, a lot. I was able to get through this story no problem although I did skim the sex scenes after number five. I think my issue was that the story felt bogged down by the sexy scenes. It was all either character thought about and then when they were together it was all they were doing together. I felt like the plot kept getting stopped by these never-ending scenes.

Now the scenes were super sexy, although I didn't feel like they were advertised correctly by any of the characters. How do I mean? Well okay, the story painted Jacob as this Dominant alpha male who is into super kinky sex and who gets super rough. I didn't get that anywhere in this story. Like at all. It was just straight vanilla sex with some edging. Now don't get me wrong, there is absolutely nothing wrong with vanilla sex, but I just didn't like the whole painting the character as this one thing and I just kept getting the same sexy time scenes over and over and over again.

Now since I received an ARC I can't speak to the ending style a whole lot, but if the ending stays the same in the final edition I have to say it was crap. Sallie drops this huge bomb, she and Jacob have sex, and then it's I love you then end. They don't discuss the issue at all. It's ridiculous. Like I just read nearly 300 pages of book and you're just going to end the book in a nonreal way?

I know it probably seems like I'm ragging on this book and that's not my intention at all. I did enjoy the mystery around the story even though I would have enjoyed being included in it a lot more. That being said I was constantly guessing as to what would happen next and that was very enjoyable.

The writing style was pretty fun and the pacing was decent. I think if we hadn't kept taking detours to penis and vagina island I would have been happier, but there were never parts I was just flipping through because I was bored, outside of the sexy scenes after a while. 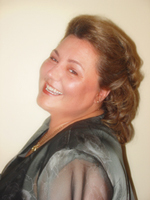 Lora Leigh lives in the rolling hills of Kentucky, often found absorbing the ambiance of this peaceful setting. She dreams in bright, vivid images of the characters intent on taking over her writing life, and fights a constant battle to put them on the hard drive of her computer before they can disappear as fast as they appeared. Lora’s family and her writing life co-exist, if not in harmony, in relative peace with each other. Surrounded by a menagerie of pets, friends, and a teenage son who keeps her quick wit engaged, Lora’s life is filled with joys, aided by her fans whose hearts remind her daily why she writes.
Website | Twitter | Goodreads 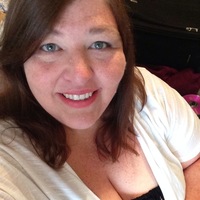