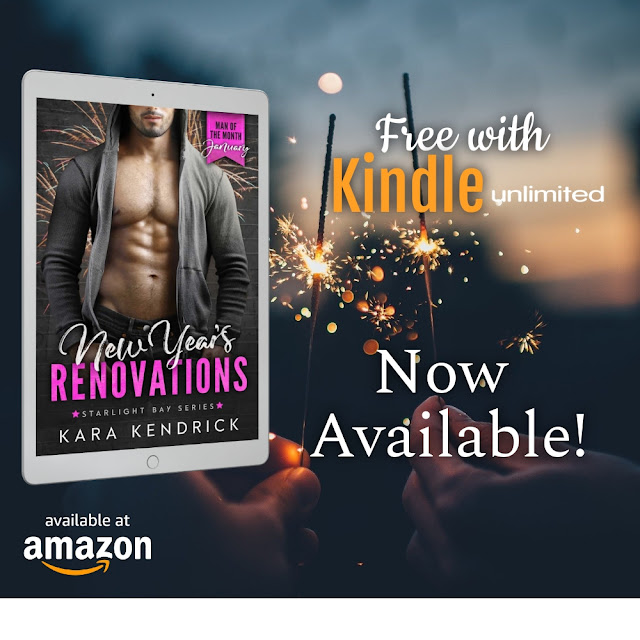 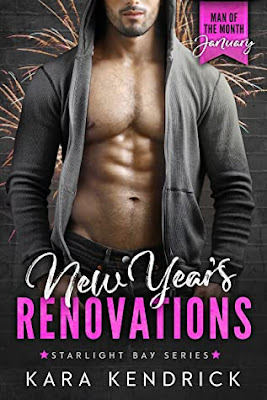 Harper:
My year is off to a terrible start. Fired from my job and dumped by my boss-boyfriend at the same time (lesson learned the hard way, don’t even start), I’m forced to adopt the ‘New Year, New You’ mantra whether I want to or not. The only silver lining is a rundown old house my estranged aunt left to me in Starlight Bay, Massachusetts.
That is, until I run head-on—literally—into Jackson Montgomery, local hometown superstar and the best contractor in town. He offers to help with renovations so I can rent it as a side hustle once I find a job and move back to Boston. Unfortunately, he does not offer to date me, which is a crying shame because he’s exactly what I didn’t know I was looking for.
Jackson:
I’ve never made a New Year’s resolution until this year. Why? Because I think they’re stupid and 99.9% of people break them within six weeks. But after my girlfriend cheated on me with my (ex-) best friend, I knew I had to do it. Give up dating for at least a year, but maybe the rest of adulthood.
What I hadn’t counted on was meeting Harper, a perky city girl just begging to be kissed. Fixing up her late aunt’s house was proving to be a bigger job than I could handle in the feelings department and I didn’t like it one little bit. I just needed to get her fixer-upper fixed so she could get out of Starlight Bay before something happened I couldn’t repair with a hammer and some nails. 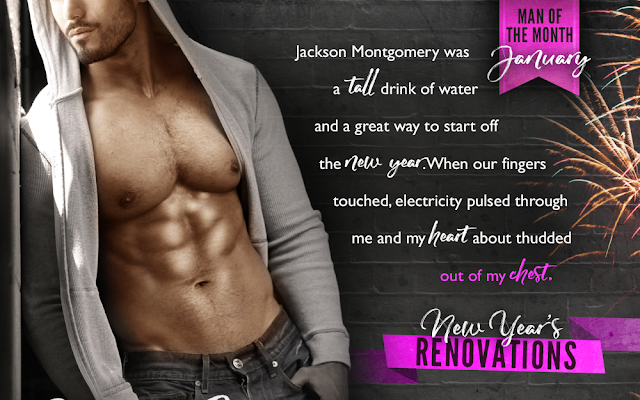 My Review:
New Year's Renovations was a sweet and cute short read that is a good story to kick off your new year.
Harper has just been fired by her now ex-boyfriend because her ratings were "too low." Unsure how to proceed she gets a letter in the mail saying her aunt passed away and left her a house and all of her inheritance. Packing up and moving to look at the house she never expects to bump into Jackson and have immediate sparks fly.
Jackson has sworn off dating for the next six months to focus on working. On day three he bumps into Harper and he knows he's doomed to fall for her. Helping her renovate her new house brings them closer and closer. The only issue is Harper needs to find a job and they might bring this new budding relationship crashing down.
This was a cute read and I think it's a nice short story to help anyone towards their beginning year reading goal. 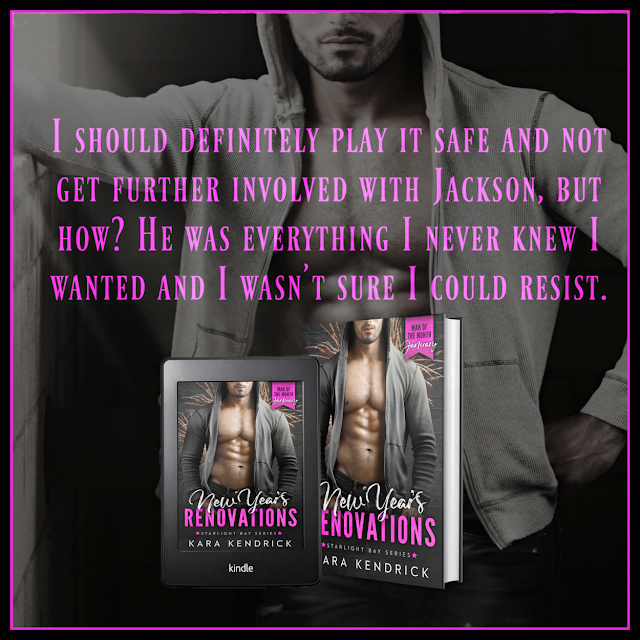 Kara Kendrick writes fun and flirty Contemporary Romance destined to give you all the feels. A reformed English major, she also has a master’s in counseling and was an elementary school counselor in her pre-mom life.
She loves the beach, wine, and rock hard abs, not necessarily in that order.
When she’s not dreaming up Happily Ever After’s, you can find her chasing after her boy-girl twins, working out semi-hardish, or walking her adorable Shiba pup with her husband, who’s not too bad himself.