I am thrilled to be hosting a spot on the FAWNED by Winter Pior Blog Tour hosted by Rockstar Book Tours. Check out my post and make sure to enter the giveaway! 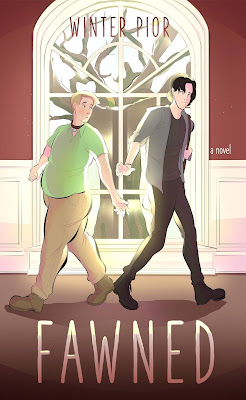 Barnaby Hirsch isn't one to put himself out there - he's shy and, admittedly, awkward - but desperate times call for desperate measures. When he signs up for a dating app, the last person he expects to match with is the campus' gay playboy, Gil Connolly.

Barnaby has a deer onesie, and he’s starting to think, maybe, the two might look good together.

When you purchase Barnaby’s Blend Tea from Adagio Teas, 5% of the sale will benefit The Trevor Project! 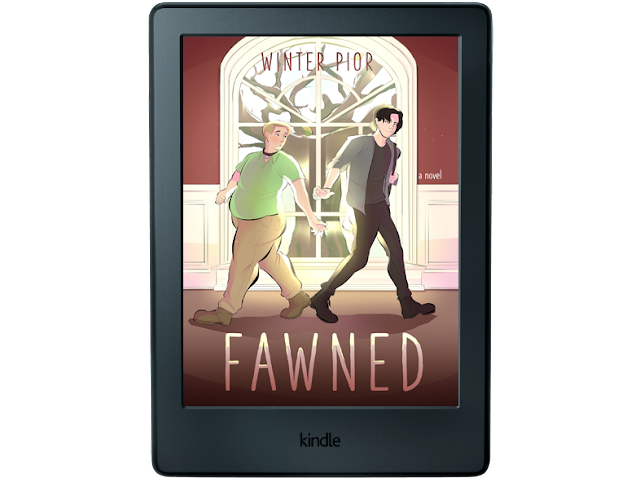 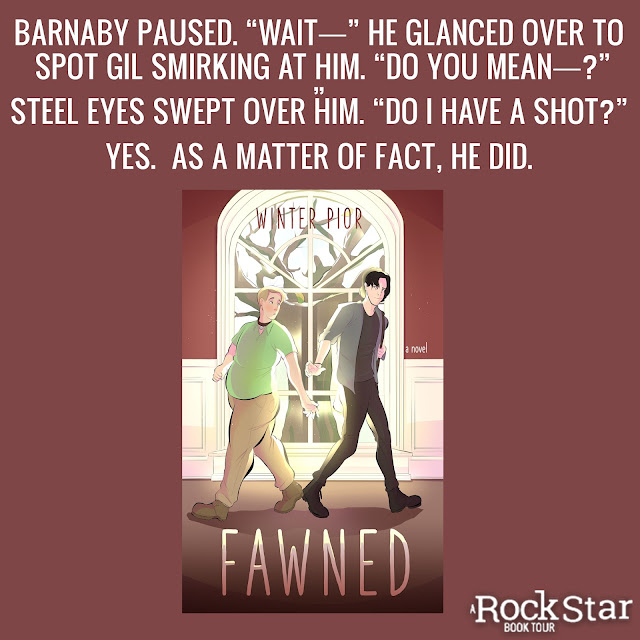 “Hey!” he called out, and Gil halted, one foot out the door.

He didn’t want it to be an interrogation or make the man feel confronted.

Swallowing what iota of dignity he had left, Barnaby tried to phrase it as simply as possible—

Gil looked over his shoulder, his lips quirked. He was silent for a moment, waiting perhaps -

for Barnaby to answer his own question? For permission to leave uninterrupted?

He asked, “What the Hell made you think I was bored?”

Barnaby cringed, his resolve fleeting fast. He became very interested with a coffee stain on the floor. “I just—” Was there an unspoken agreement that he had to be silent about it? Would Gil be mad he told a friend? “I heard…that you were a, uhm…”

The raven raised a brow, and Barnaby blurted at last, “A freak.”

It came as an echo, incredulous - “A freak?”

“Yeah, like—” He didn’t mean to speak - he didn’t particularly want to after that - but Gil’s tone had him spooked into explaining, “You know the saying… a freak in the sheets, I guess.” His face heated up the more he went on rambling, “Because if…if what we did wasn’t what you were used to, or, or you weren’t satisfied with it, you can just say so.”

He chortled, and a smile broke out across his face. “Kid, I don’t know what you heard, but just because we skipped the rope and you didn’t call me Daddy doesn’t mean it was bad sex.”

Barnaby had to be as red as a tomato.

He didn’t know whether to be relieved or…embarrassed? Was he embarrassed for Gil? The man was bold, as far as Barnaby was concerned, but he didn’t know any other way to respond other than to match his tone - “M-Maybe if your profile had said Daddy instead,” he cautioned, “I would have?”

The man shrugged, crossing his arms over his chest. “Truthfully, I’m more glad you didn’t.”

“Sure,” Gil continued, another step forward, “People will call anything Daddy nowadays.

Kinda lost its spark for me.”

A nervous chuckle bubbled from Barnaby’s throat, and he pursed his lips. If he was taking the man’s word for it, then, without meaning to, perhaps he’d done something right.

Having that crumb of accomplishment, he gulped and persisted, “So, what about the rope?

Or handcuffs? Do you actually use those?”

Gil nodded confidently. “If the other guy says he’s interested, absolutely. But I didn’t get that from you.” His eyes narrowed, though his smirk remained. “If I remember correctly, your profile was the one that mentioned being vanilla.”

“Okay, but that— that was me protecting myself,” Barnaby retorted, “from…from people like you.”

Gil snickered, scrunching his nose, and the blond felt a more natural smile forming into place.

“Well,” Gil said, “allow me to apologize for not being more open about my kinks.”

Barnaby snorted and wiped at his face. Rocking on his heels, he replied, “I’ll accept your apology if you can accept mine for being boring.”

Gil rolled his eyes and unfolded his arms.

The next thing Barnaby knew, he was marching right up to the register, landing his hands on the counter.

The boy’s breath caught in his throat, and he almost stumbled back from the man looming over him, his gaze hooded with hunger.

His voice dropped to a husky murmur, “You really think I found the way you rode my dick and screamed like a girl boring?”

Barnaby felt the hairs on the back of his neck stand on end. Goosebumps prickled along his arms. He hugged himself, rubbing them. “I—” He wanted to shrink away, hide from Gil’s eyes -

that may or may not have been mentally undressing him— “You might’ve liked it better if I wore handcuffs. I don’t know.”

Gil’s expression softened, a flimsy mask for the devil. “If you were handcuffed, you wouldn’t have been able to hold onto me the way you did.” His fingers drummed against the marble. “But the important question is, would you have enjoyed that?”

Barnaby’s instinct was to say “no.” Tied or handcuffed in a stranger’s bedroom, surrendering his control? It would have been terrifying.

So, why did thinking about it in that moment make his cock twitch?

Barnaby pouted. As if it weren’t obvious?

He watched the man run his tongue across his teeth, and a shiver coursed through his spine.

He realized he was shaking his head.

Gil tutted and reached into his jacket, producing a pen. “There’s no shame to being vanilla, but there’s a lot more to being kinky than handcuffs.” Finding a stray piece of receipt paper, he started scribbling. “If you’re curious, I do have a collection. I can show you what I mean. Maybe something will catch your attention.”

He slid the note to Barnaby, revealing a phone number.

“And if it’s not your thing,” he finished, winking, “I wouldn’t mind having you back anyway.”

Barnaby rubbed and pinched his wrists, checking to see if he was dreaming.

In real life, Barnaby Hirsch didn’t get hit on by handsome boys. They didn’t offer him their number, and most people had their fill of him after the first time hanging out together.

Then again, Real Life Barnaby wasn’t supposed to sleep with anyone, either.

He took the receipt paper, placing it directly into his pocket. “I do,” he blurted before he could tell himself No, “want to come over, I mean. I’d like to see your collection.”

If a wolf could smirk, it would wear Gil’s grin, and if a fireplace on a cold winter’s night could speak, Barnaby believed it would have his voice, asking him, “When are you free?” 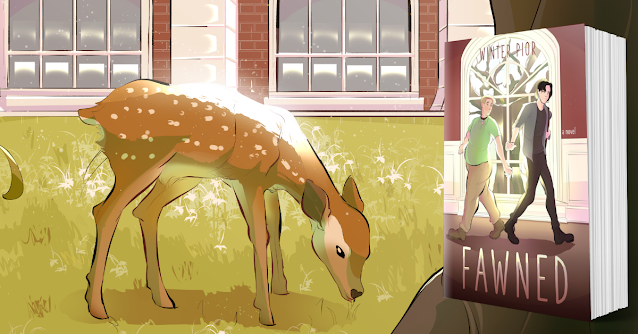 Giveaway Details:
1 lucky winner will receive one signed copy of the book, 1 set of pins (Barnaby, Gil and Gidget), and one Barnaby Cosplay Hoodie, US only. 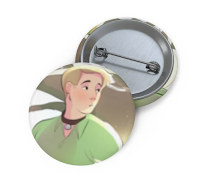 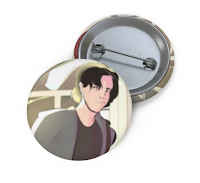 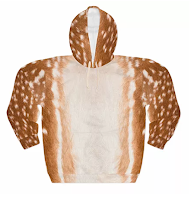 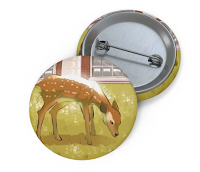 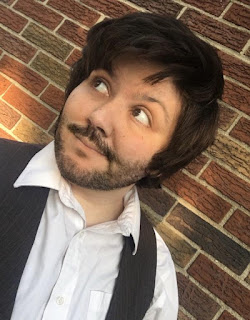 Winter Pior is an Aries, artist, and first-time author of the novel, Fawned. He lives in New Jersey and has no pets, animal or otherwise.