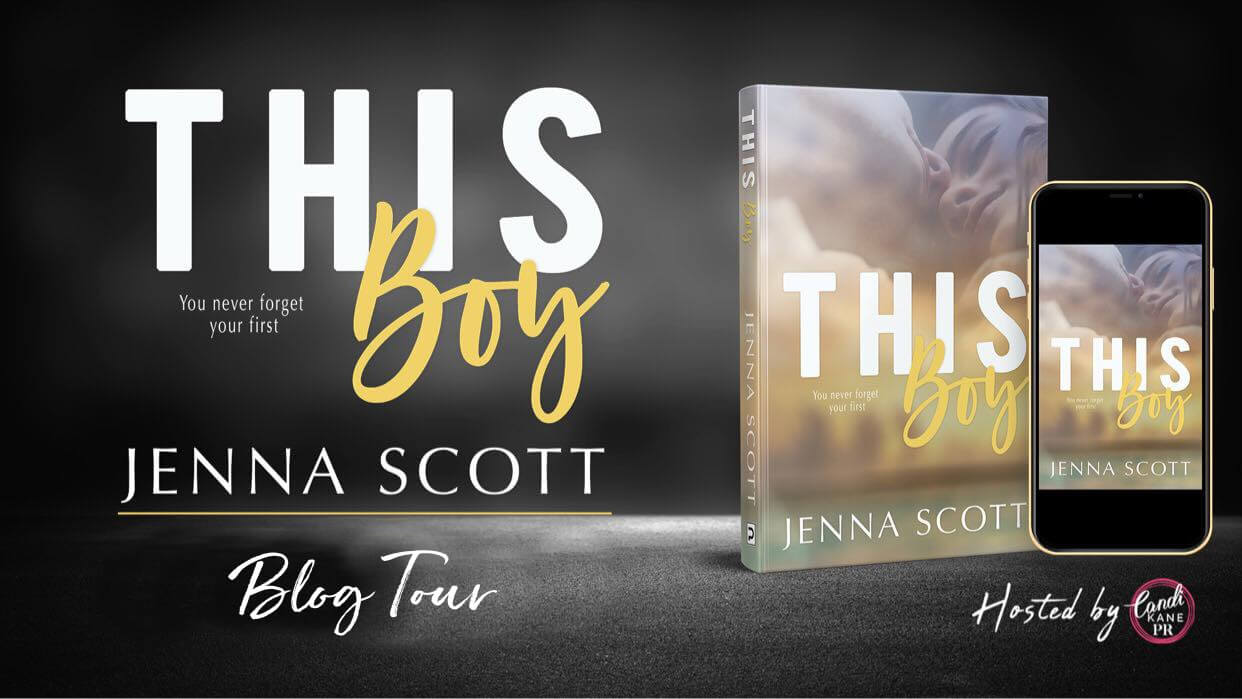 THIS BOY (This Boy Trilogy #1) by Jenna Scott
Release Date: November 17th
Add to Goodreads
Blurb:
Nothing in Camilla's life will be the same after This Boy...
Camilla dreams of the day she can leave her life behind. Saying goodbye to the mother she's never been good enough for, to the bottles there's always money for, to the bills there's never money for—and most of all, to being the help in someone else's dream home.
But the scholarship to her new private school that gives her a real chance at a future comes with one big catch—Hunter Beck.
It's his home her mother cleans. His little brother that Camilla babysits. It's his face that she dreams of at night, and his cruel voice that taunts her every day. Hunter is the most popular boy in school, and she's his favorite target. She hates him, but even more, she hates how drawn she is to him. Becoming his debate partner seems destined to end in disaster.
As she's drawn further into his world, he alternately pulls her close and pushes her away. But behind the roller coaster, Camilla senses true emotion. A man she wants to know hiding inside the boy.
She's so close to getting everything she wants. Getting into college. Leaving this town forever. She’s let nothing get in her way so far.
So why does it feel like Hunter Beck might be the boy who ruins it all?
AVAILABLE NOW! Amazon | Apple | Kobo | Nook | Google Play

My Review:
This Boy was not what I expected at all. I could not put it down for even a second and that cliffhanger had me going WTF NO NO NO YOU CAN'T END LIKE THIS!! Especially because there's no release date for book two.
Camilla works as a nanny and her mother works as the housecleaner/cook for Hunter's family. Camilla is attracted to Hunter but doesn't want to be because he's an entitled boy who appears to always be looking down at her. One night she catches him having sex in the pool while she's babysitting and it ignites a fire within her. Now they're attending the same schools after some incident got her kicked out of her previous school. She knows she has to work harder than everyone else so that she can graduate and get scholarships to go to college. She never expects anything between her and Hunter to heat up, but it does.
Hunter is...I don't know. He's not super likable. As in, he's a douche both with his inner and outer thoughts. I like how protective he gets over Camilla, but he's very irresponsible. I would love to see him grow in the upcoming book, but after that ending, I don't even know if that will be enough to save him

About the Author:
After growing up in the midwest, Jenna Scott moved to Los Angeles for the endless summer. As an introvert in the city, she loves to people-watch in coffee shops, writing down the stories she makes up about the other patrons. Besides her fiction habit, Jenna also enjoys photography and her collection of houseplants.
Connect w/Jenna: Facebook | Goodreads
Posted by Reese's Reviews at 12:00 AM