Blog Tour: All In by Erica Marselas 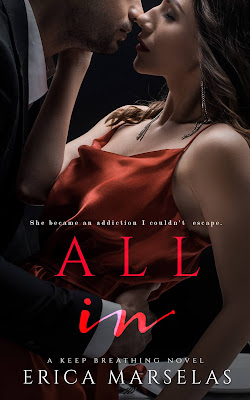 I've spent years turning my life around.
Burying my demons in one night stands and my work as the CEO of Morgan Securities.
My routine worked for me until I met her—a temptation dressed in red.
I walked away at first, but as luck would have it, she was hired as my company’s interior designer.
Soon she became an addiction I couldn’t escape.
What I didn’t know is she had a secret that would change everything.
One that turned into everything I ever wanted.
But sometimes when life hands you lemons, they go sour.
No matter how hard I try to fight it, my old demons would come back to haunt me in the most unexpected ways.
Holly and my son are my salvation, and I want nothing more than to be all in with them.
No matter what. 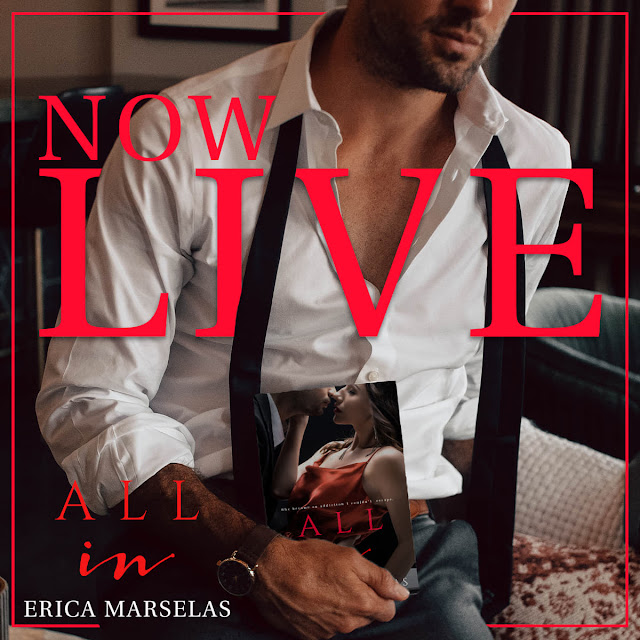 My Review:
All In was nothing like I expected. I was floored by the uniqueness of this story. Erica Marselas you are amazing and I can't wait to see what you write next.
Holly went to pick up her roommate from Comic-Con one day and ended up meeting a man named Liam who rocked her world by getting her pregnant. Now it's four years later and she's just been hired by the name who knocked her up. The chemistry is instant and Liam and Holly are now trying to figure out their relationship between each other and their child.
I loved Liam and Holly. Liam is a recovering addict and struggles every day. He's had a rough life with trying to live up to his father's expectations and people constantly trying to take advantage of him. When he meets Holly he's immediately smitten. I loved how Holly balanced him and supported him when he thought he didn't deserve it.
All In is a must-read. I loved the whole story a bunch. The plot twist was insane and I didn't see it coming at all. I couldn't put the story down at all. 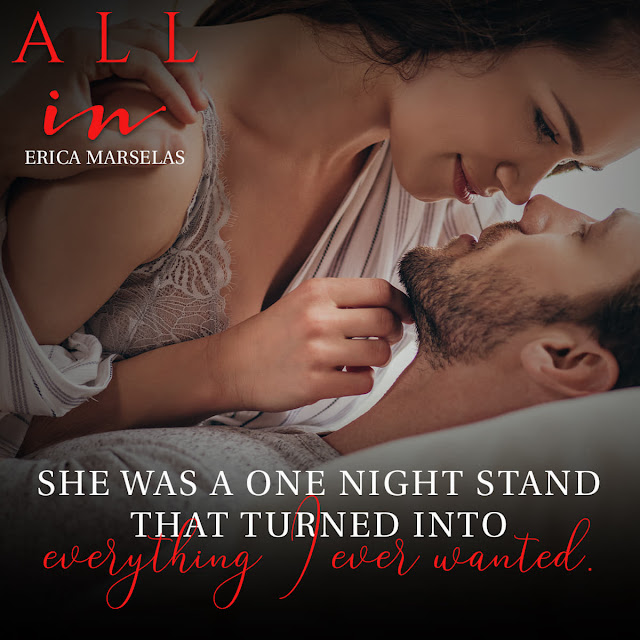 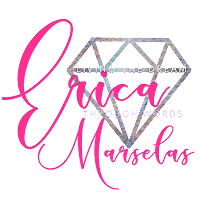 USA TODAY Bestselling Author Erica Marselas writes a little bit of everything. From sweet stalkers to forbidden love, to romcoms, to young adult, because she believes no love story is created equal and every story deserves to be told. Even the fictional ones. As long as she can dream it, she'll write it.
When Erica isn't writing she's a wife, a mother of four little ones residing in Maryland.
Dt. Dr. Pepper is her drink of choice, but tequila keeps her sane. She's a sucker for Christmas movies and serial killer documentaries.
Connect with Erica Marselas: Website | Facebook | Instagram | Amazon Author Page | Goodreads | BookBub Facebook Reader Group
Hosted By: