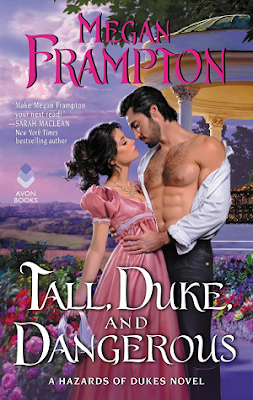 Blurb:
He needs a bride…
Nash, the “dangerous” Duke of Malvern, has always bristled against the rules of English society. Hot-tempered and fearful of becoming like his brutish late father, he lives a life of too much responsibility and too little joy. And although he’s vowed to never marry, a duke has a duty—and there’s only one way to get himself an heir and a spare. So Nash reluctantly takes a look around at society’s available young ladies to see who might be willing to put up with his one-word answers and frequent glowers.
She longs for love…
After the death of her father and wicked stepmother, Ana Maria goes from virtual servant to lady-in-training, and while society life has its benefits—gorgeous gowns!—its restrictive rules stifle her sprit. And when her independent actions put her in danger, her half-brother insists Nash teach her some self-defense. While most of London’s ladies find Nash intimidating, she only sees a man who needs introducing to all the joys life has to offer. So although officially they are coming together for fighting lessons, unofficially their physical contact begins to blur the line between friendship and begins to grown into something more…

My Review:
Nash has been doing everything he could since he was a child to not become his father. If he has a violent tendency he takes it out on abusers, men who deserve it. He's taken in his father's illegitimate siblings and helped to get them work. When his grandmother comes barging into his home telling him he needs to marry and produce an heir he wants to throw her out and hide under the covers. Now he's at parties trying to find a bride. When a stunning woman walks in he wants her immediately, only to realize it's Ana Marie, his best friends sister. Now he's spending all his time trying to protect her, both from the outside world and himself.
Ana Marie is finally free to do what she wants now that her step-mother and father are gone in a tragic accident. The girl who lived the cinderella life of cleaning up with the servants is now a lady with a huge dowry and suiters. She doesn't want any of that and instead wants to help people and find out where she belongs. Oh and Nash, she definitely wants him too.
I enjoyed Ana Marie and Nash's story. They were both cute together and each time they were thrown together it was interesting to see who would cave to desire first. 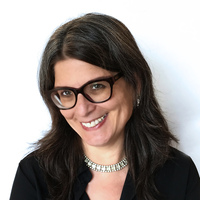 Megan Frampton's love affair with books began when her parents moved her to a remote town in New Hampshire where there was only one television station. And then the TV broke. She devoured every book of fiction in her well-read parents' library, finding special joy in Georgette Heyer and the fairy tales collected and translated by Andrew Lang. Megan majored in English literature at Barnard College and worked in the music industry for fifteen years. She lives in Brooklyn, New York, with her husband (her former intern) and her kid.