ARC Review: A Princess for Christmas by Jenny Holiday 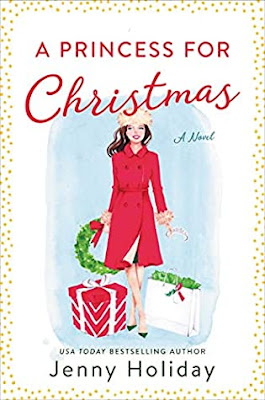 Leo Ricci's already handling all he can, between taking care of his little sister Gabby, driving a cab, and being the super of his apartment building in the Bronx. But when Gabby spots a "princess" in a gown outside of the UN trying to hail a cab, she begs her brother to stop and help. Before he knows it, he's got a real-life damsel in distress in the backseat of his car.

Princess Marie of Eldovia shouldn't be hailing a cab, or even be out and about. But after her mother’s death, her father has plunged into a devastating depression and the fate of her small Alpine country has fallen on Marie’s shoulders. She’s taken aback by the gruff but devastatingly handsome driver who shows her more kindness than she’s seen in a long time.

When Marie asks Leo to be her driver for the rest of her trip, he agrees, thinking he’ll squire a rich miss around for a while and make more money than he has in months. He doesn’t expect to like and start longing for the unpredictable Marie. And when he and Gabby end up in Eldovia for Christmas, he discovers the princess who is all wrong for him is also the woman who is his perfect match.

My Review:
When I saw that Jenny Holiday was writing another book I was requesting A Princess for Christmas before I even read the description.
Leo Ricci is doing the best he can, but he's struggling. Since his parents died in a tragic accident he's had to drop out of school and find jobs to make ends meet to take care of his younger sister. Everything he does now is for her. When his sister tells him to pull over for a princess he hesitates but ultimately drives her to her party destination thinking he'll never see her again. When she calls in the middle of the night asking for another ride and some help around the city for thousands of dollars Leo knows it's a no-brainer.
Marie is struggling to be a princess. She's in an arranged marriage she doesn't want. Her father has been cold and unwavering in his ways since her mother passed away, and no one wants to work with her to help keep her countries towns afloat. When she meets Leo she never expected the instant connection or the way he cares for and sees her like no one else does.
I loved this story. Each twist and turn in this story was something I didn't expect at all. I loved every bit of this story and can't wait to see where Jenny Holiday takes the rest of this story.
Jenny Holiday as usual does an amazing job or creating the perfect holiday story that's both realistic and fantastical. The slow burn between Leo and Marie makes everything feel earned. This is definitely a book you'll want on your shelves for the upcoming holidays. 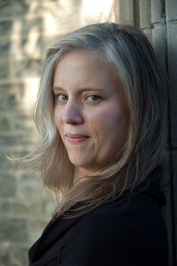 Jenny Holiday started writing in fourth grade, when her awesome hippie teacher, between sessions of Pete Seeger singing and anti-nuclear power plant letter writing, gave the kids notebooks and told them to write stories. Most of Jenny’s featured poltergeist, alien invasions, or serial killers who managed to murder everyone except her and her mom. She showed early promise as a romance writer, though, because nearly every story had a happy ending: fictional Jenny woke up to find that the story had been a dream and that her best friend, father, and sister had not, in fact, been ax-murdered.

From then on, she was always writing, often in her diary, where she liked to decorate her declarations of existential angst with nail polish teardrops. Eventually, she channeled her penchant for scribbling into a more useful format. After picking up a Ph.D. in urban geography, she became a professional writer, spending many years promoting research at a major university, which allowed her to become an armchair astronomer/historian/particle physicist, depending on the day. Eventually, she decided to try her hand again at happy endings—minus the bloodbaths. You can follow her on twitter at @jennyholi or visit her on the web at jennyholiday.com.