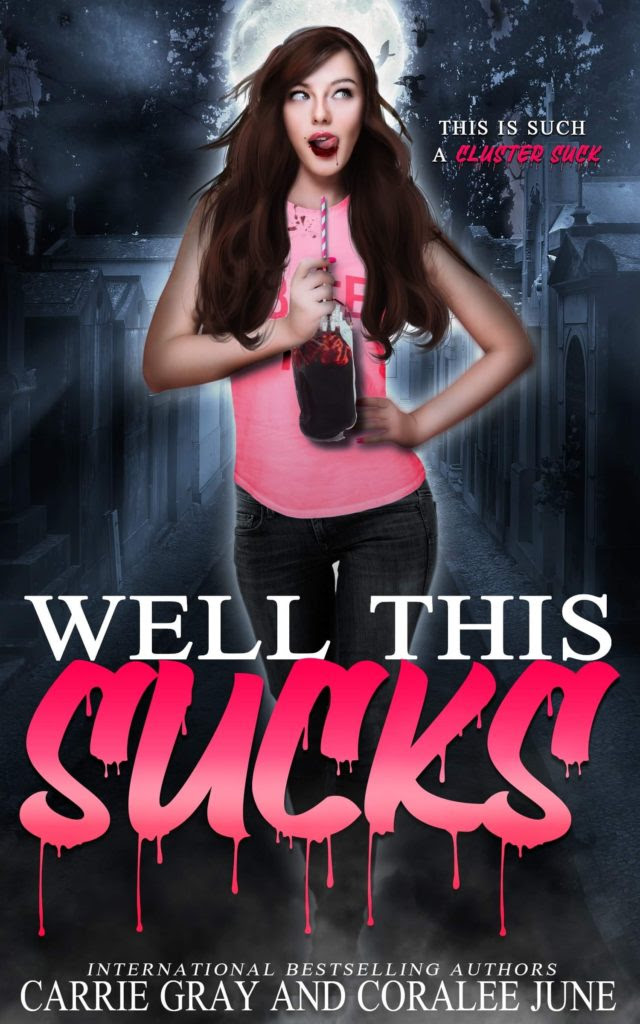 I treat eating pancakes on patios like it’s a personality trait.


Brunch is my jam. I like the beach, shopping, carbs, and reading naughty books on the train during my commute. I wear pink. Lots of it. If Tinder were an Olympic sport, I’d take home the gold. I can rock stilettos like they’re a pair of Nike joggers. I’m basically basic.


I’m in the prime of my life. I’ve got my dream job as the head of marketing, and I’ve been steadily dating myself for the better half of the last decade. I’m thirty, flirty, and thriving.


Or at least I was until some jerk had the audacity to turn me into a vampire.


I don’t do blood and doom and gloom. I sure as hell don’t like sleeping in a coffin, avoiding garlic bread, and these ridiculous vamp politics. And don’t get me started on Diego. He’s vampire royalty and a pain in my butt. A very sexy pain in the butt. When he’s not driving me crazy with all his rules, he’s turning my panties into Niagara falls.


I absolutely refuse to live the rest of my immortal life in some wannabe nineties grunge music video. 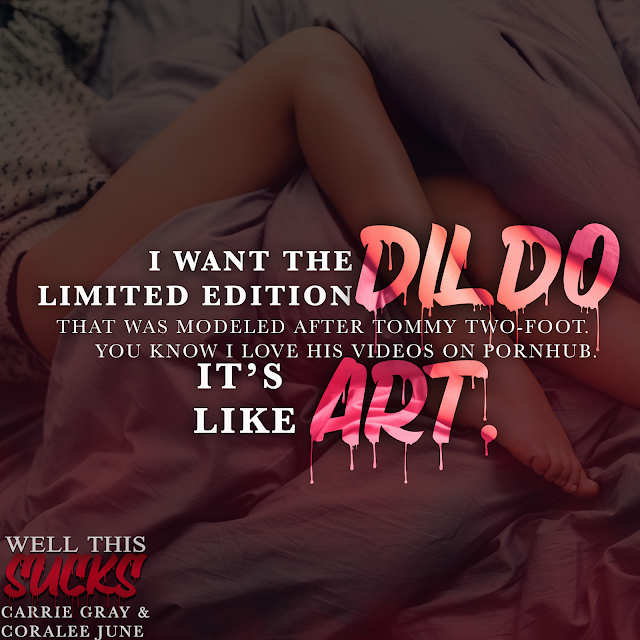 My Review:
Now I know I have been saying for some time now on my blog; "No more vampires!!" But it's CoraLee June folks. Everything is fair game when it comes to her books and all the rules are off the table. Well This Sucks was no exception. Seriously, I read the description, said "oh vampires? seriously?!?" and then say CoraLee June was writing it and I was singing vampires forever and now here we are. With me writing this review that will blow past fangirling and right into Misery world. I need help I know.

Drew has worked her whole life to be an independent woman, but she sucks at finding men. Her current date was probably more in love with his mother than actually interested in getting freaky with her. When she scares him off and a waiter offers to make her night a little better she gets bitten by his grandmother and accidentally turned into a vampire. Yeah, she is not thrilled. On a night out she meets Diego and sparks fly. When he lets her feed off of him her fate and his become more intertwined. Now she's living in a vampire compound with the grandma who turned her, being persecuted by the other vampires for not being wealthy, and being wooed by the king of vampires. Drew's life officially sucks.

Diego always has to be in control. After losing his grandparents in the war and his parents so long ago, he's been a cold and harsh island unto himself. When he hears about an unsanctioned turning of a vampire he runs head first into Drew. He knows he has to kill her due to the laws, but he can't seem to find the strength to do so. Drew challenges him on everything when no one else will. And she's ridiculously dedicated to selling sex toys and making a mold out of his penis. So cute.

I loved Drew and Diego together. Drew had a lot of struggles coming to terms with her new life and loss of control. I enjoyed reading about her finding her way and paving new roads for other vampires. She was caring and sweet and always tries to give everything her best efforts. When she's with Diego she is constantly pushing him to move out of his black and grey existence and into something more. I loved how Diego would prop her up when she would fall down and challenged her when she needed him to. Their relationship was beautiful, hard fought, and well earned.

If you couldn't tell, I loved this story. I thought it was great from beginning to end. I enjoyed the different take on how vampires were living and how it related to being "enough" in the eyes of society. Someone's financial worth over someone's heart. It was a story that I really needed right now.

Well This Sucks is an absolute MUST READ. You won't be disappointed. You'll definitely want to read more of these two amazing authors' works and the plot and characters will keep you turning the pages and thinking about the story well after the final chapter. 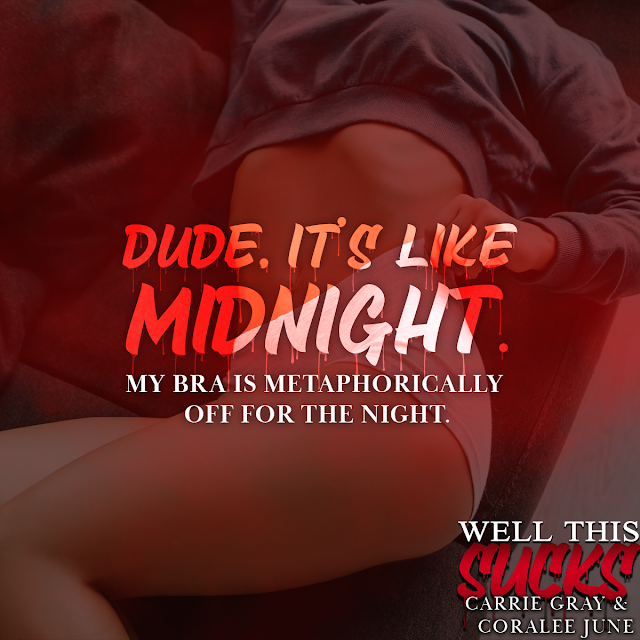 The authors are giving away a gift box including a signed paperback and swag. Stop by to enter! 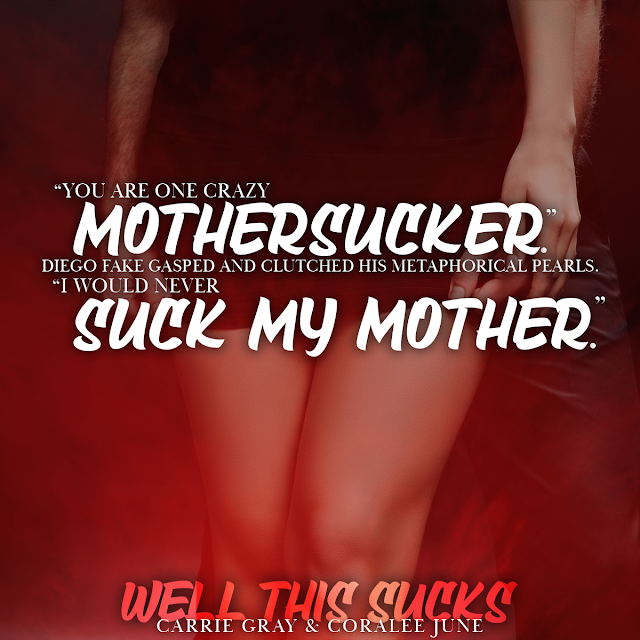 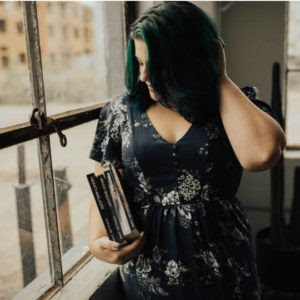 Coralee June is an international bestselling romance writer who enjoys engaging projects and developing real, raw, and relatable characters. She is an English major from Texas State University and has had an intense interest in literature since her youth. She currently resides with her husband and two daughters in Dallas, Texas, where she enjoys long walks through the ice-cream aisle at her local grocery store. 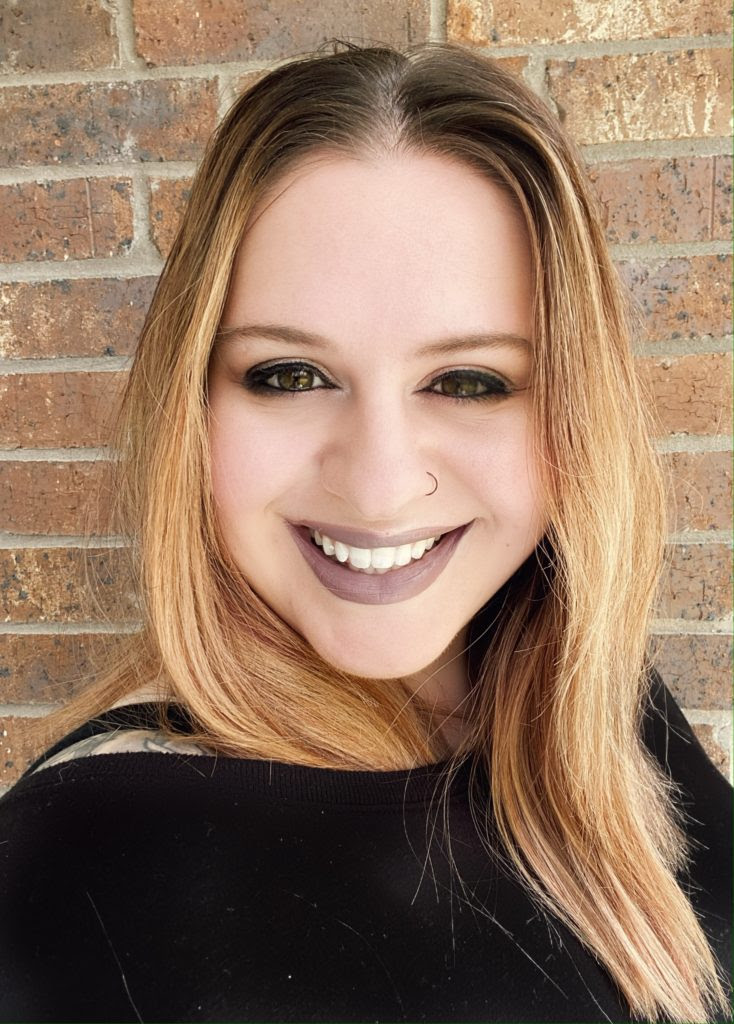 I have always loved to read. In kindergarten, I was the weird kid sitting in the reading nook by myself instead of trying to get more snacks. I’m excited to be putting my own voice on the page and watching a story I helped create come to life. I still love to read, but I also really like snacks.


I grew up in Chicago but recently moved back to the Dallas area where I live with my husband and son.


I have my Bachelor of Science in Biology. I spent a year researching chimpanzees and gorillas while I was in Chicago and then I spent another two months on a chimpanzee sanctuary trying to convince headstrong chimps to cooperate. Pro tip - grapes are a pretty hot bargaining tool. They work wonders with my toddler too.