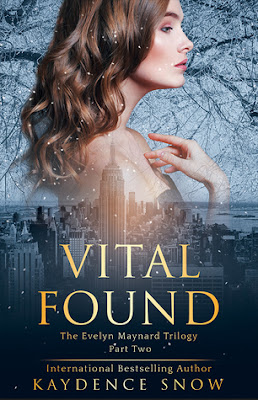 Blurb:
The electrifying sequel to the International Bestseller Variant Lost.

Bradford Hills feels more like home than any other place Evelyn Maynard and her mother lived while on the run. But with everyone reeling from the violent clash between Variants and humans, her new home doesn’t feel safe any more.

Navigating four increasingly complicated supernatural bonds in secret doesn’t help. Ethan and Josh can’t keep their hands off her. Tyler is supportive but continues to keep her at arm’s length. Alec has both saved and destroyed her yet seems oblivious to the turmoil he’s caused.

Who’s kidnapping Vitals?
What was Evelyn’s mom running from?
Will it ever be safe for Evelyn to go public with her true identity?

More deadly answers are coming, whether she’s ready for them or not.


My Review:
Kaydence Snow does it again. How? I have no idea, but this story was beautifully crafted. I adored the story from beginning to end and could not put it down for even a second.

Eve is now out with one of her Bondmates/boyfriends Ethan. She's fighting with Alec over his hurtful words from the previous book. Josh is having to hide his relationship with Eve in public, and Tyler has been increasingly putting distance between them. Eve is also dealing with trying to understand her powers, and mourning the loss of her friend and roommate Beth while trying to find her friend Charlie who has been kidnapped.

I don't want to give too much away in this story since I feel like it would be spoiler city. Vital Found was an amazing second book to the Evelyn Maynard Trilogy. Some of the twists were so unexpected int this story it left me reeling almost as bad as Eve. I cannot wait to find out what happens next.

Vital Found is an absolute must-read, with super amazing characters, sexual tension out the wazoo, and a plot that will leave you guessing. Or at least, it left me guessing. 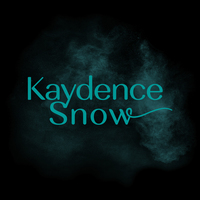 Kaydence Snow has lived all over the world but ended up settled in Melbourne, Australia. She lives near the beach with her husband and a beagle that has about as much attitude as her human.

She draws inspiration from her own overthinking, sometimes frightening imagination, and everything that makes life interesting: complicated relationships, unexpected twists, new experiences and good food and coffee. Life is not worth living without good food and coffee!

She believes sarcasm is the highest form of wit and has the vocabulary of a highly educated, well-read sailor. When she's not writing, thinking about writing, planning when she can write next, or reading other people's writing, she loves to travel and learn new things.