Midnight Sun by Stephanie Meyer was the Dickens 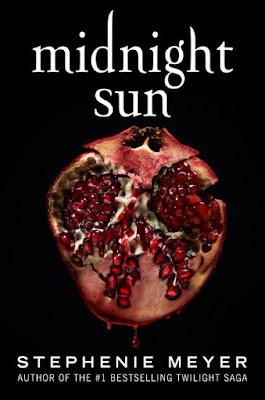 Blurb:
When Edward Cullen and Bella Swan met in Twilight, an iconic love story was born. But until now, fans have heard only Bella's side of the story. At last, readers can experience Edward's version in the long-awaited companion novel, Midnight Sun.

This unforgettable tale as told through Edward's eyes takes on a new and decidedly dark twist. Meeting Bella is both the most unnerving and intriguing event he has experienced in all his years as a vampire. As we learn more fascinating details about Edward's past and the complexity of his inner thoughts, we understand why this is the defining struggle of his life. How can he justify following his heart if it means leading Bella into danger?

My Review:
I have not been one to talk about Twilight a lot or at all since I started this blog eight years ago. Seriously, I don't think it's ever come up. I haven't written reviews for the books or the movies. So, this may come as a bit of a shock, but I did in fact read these books. My mom saw Twilight on Oprah and went and got me the book. I was passing this book around to my friends (which I am never doing again because hello book damage) and was buying the paraphernalia, and having my mom buy the tickets when they came out.

I think the movies are where some of my love for this book died. Sad but true. I wasn't even willing to admit I liked the books for some time. And then book four came out and that pretty much killed the rest of my connection to this series. No, I am not kidding. I was pretty darn ticked off about Breaking Dawn. Want my review of that book? I think it was a huge disappointment wrapped in a beautiful cover.

It's been quite some time since the last movie came out and I've had time to reflect and even re-read and re-watch. I have to say I found that feeling again. That connection I had that first time I read the book. I won't go into a full review of the books, as I'm hoping to do a full review of the books here at some point, but I still like them. They still hold a special place in my very jaded and bruised heart.

Now before I go and get long-winded, let me finally get to the reason you're actually reading this post. Midnight Sun. I didn't hate it. I couldn't put the book down. Like for real. I was on a Zoom call at work and seriously took myself off-screen and started reading when it finally became available to me from the library. I was loving it. Being in Edward's head was so different than I thought it would be. But, in case you want to stop reading here, I'll tell you I liked the book.

Edward's mind was seriously so different than I thought it would be. Even from watching the movies, I didn't grasp the full scope of who Edward was and I definitely did here. My thoughts? Well, it kind of feels like he stopped mentally maturing after seventeen. Like he felt like a mature seventeen-year-old. Not a 109+-year-old man. I really wasn't expecting that. I didn't hate that. Honestly, it seemed like the better alternative, since again I have a jaded mind and heart now, than having some 100+-year-old dude flirting hard on a seventeen-year-old. His existence as an immortal has been very much reliant on his mind-reading gift and I think that's why he connected so much with Bella. Not saying Bella sucks or anything, but I think due to her Shield abilities, it was easier for her to keep him on his toes because he can't rely so much on his gift.

Then there's Bella. Edward's view on her was sooooo freaking different than what I was getting while reading her perspective. I think it really went into how people perceive themselves versus how others perceive themselves. Bella comes across as very mature and in thinking about her line in Breaking Dawn "I was born to be a vampire," I think that is 100% true based off of what we got from her in this book.

Now let's talk about this Dickens comment at the header of this post. If you've read any of the reviews on this book you will know what I'm about to get at, but let me give a mini-history lesson here. Charles Dickens was paid by the word when he would write and so he would add as much detail as he could. Yeah, can you see where I'm going with this? This book was freaking wordy like no one's business. Midnight Sun is almost 200 pages over Twilight and it feels like it. There were parts where it draaaaagged for me. I would sometimes skip some of the endless inner-dialogue and description to get to the dialogue. If I was going to have a complaint about this story, that would be it.

Now, I feel like overtime sometimes writers writing styles grow, change, or evolve? Yeah no, that is not really what happened in this story. Stephanie's writing is almost identical to her writing in the original Twilight books. When I first read the books it didn't bother me and it certainly didn't bother me in this story. I don't feel like it took away from the story or characters so that's really all I cared about. So, if it bothered you before it will 100% bother you now. If you're like me who didn't notice at all then you'll be fine.

I liked Midnight Sun. I could see myself adding the book permanently to my collection and re-reading it several times over. After finishing this story all I could think was, yeah I NEED the rest of these books done in Edward's perspective. Stephanie has said she plans on two more books in the Twilight world, so I'm hoping they'll be those. If you liked Twilight before, you'll like Midnight Sun I think. 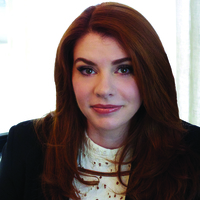 Stephenie Meyer is the author of the bestselling Twilight series, The Host, and The Chemist. Twilight was one of 2005's most talked about novels and within weeks of its release the book debuted at #5 on The New York Times bestseller list. Among its many accolades, Twilight was named an "ALA Top Ten Books for Young Adults," an Amazon.com "Best Book of the Decade So Far," and a Publishers Weekly Best Book of the Year.

Meyer graduated from Brigham Young University with a degree in English Literature. She lives in Arizona with her husband and three sons.