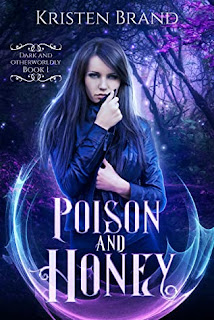 Blurb:
Leigh Morgan has known that magic existed ever since an unearthly monster abducted her sister. It’s why she’s in Otherworld now, posing as a servant in its dark, decadent palace. She’s gathering intelligence and working with a small band of allies to bring down the Others and free their human captives. Her mission depends on blending in, so the last thing she wants is to attract the attention of a cunning prince.

Dredarion Rath wants one thing: to disgrace his older brother and prove himself the worthier heir to the throne. And out of all the servants in the palace, he chooses Leigh to help him. Just her luck.

Now Leigh has to keep her work a secret from a bewitching man who sees right through her--and who's not nearly as cold and inhuman as he seems. She can't screw this up, or the humans forced into servitude will never go home. But juggling two conspiracies at once, it's only a matter of time before it all comes crashing down, and the man she's falling for has her executed for her betrayal...


My Review:
Poison and Honey took me by surprise. I honestly wasn't sure what to expect, but what I got wasn't it. If you have Kindle Unlimited, you'll want to grab this book.

Leigh has known about the Otherworld since her sister was taken away. She's now posing as a servant to Dredarion Rath's family trying to wait until they can get all the humans out safe and destroy the Otherworldly creatures from grabbing people away from their lives and forcing them into solitude. She never expected Dredarion to take notice of her. When she passed his trials with flying colors their connection grows and Leigh knows she's in trouble. Her feelings are getting involved.

Dredarion wants to be the king when his mother finally steps down, but he can't do that if his brother is still first in line. So he has a servant, Leigh, help enact a dark plan to get his brother killed. He doesn't expect Leigh to be as cunning or fun as she is and he finds himself falling for her back.

This story ended on such a cliffhanger it was fantastic. I adored it so very much. I can't wait to see what comes next. My only complaint is that some parts felt rushed and Leigh and Dredarion's feelings seemed to very suddenly as well. 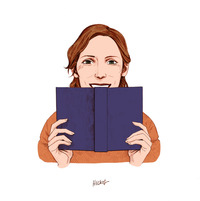 If Kristen Brand could have any superpower, she’d want telekinesis so she wouldn’t have to move from her computer to pour a new cup of tea. She spends far too much time on the internet, and when she’s not writing, she’s usually reading novels or comic books.