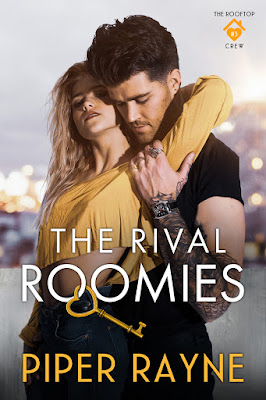 I’ve loved him from afar.


Though most times he’s only a foot away.

He checks all the bad boy boxes.

Chip on his shoulder. Check check.

If he wasn’t my neighbor and friend I may have thrown myself at him. Okay, yeah. I wouldn’t. Because guys like Dylan don’t want a woman who writes kid’s math textbooks under him in bed. Instead, I pathetically savor morsels of moments where I have his sole attention.

That was until his archenemy moved in with me. Now suddenly, Dylan’s moving in too and warning off the first guy in a long time who’s showing me interest. Could he finally see me as more than a friend, or am I just a prize to win and show off to his enemy? 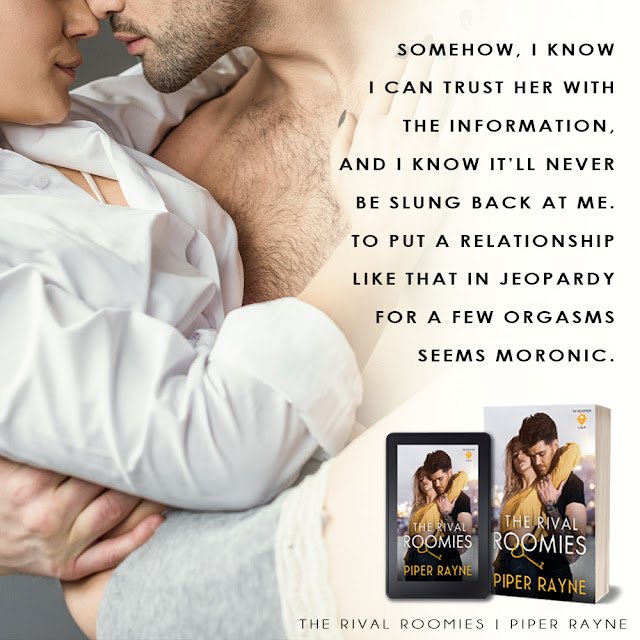 My Review:
I love Piper Rayne's stories so much and I love a friends-to-lovers story even more. The Rival Roomies did not disappoint. This is my first exposure to the Rooftop Crew series, but I will definitely be going back to read the other ones and any that come out after this one.

Rian has had a crush on Dylan for a long time. They've been friends a long time but Dylan has never shown any outward interest that she's seen. When Dylan moves in with Rian after his old friend and now frenemy moved in with her their whole dynamic has changed. Jax spends a lot of time with Rian flirting and taking her out and it shows Dylan that he may miss the one person who gets him above everyone else.

I really enjoyed this whole story. Rian is a mathematician who helps write math books for children. She loves baking but has never pursued that as a means of a career because she doesn't want her parents to disapprove of her.

Dylan came out of the foster care system, went to college, and opened up his own business. His business is hurting now that two of his artists are gone and he would rather do almost anything besides ask Jax to help him by taking a chair.

I loved Dylan and Rian's relationship. Dylan struggled a lot with feeling worthy of someone like Rian and Rian struggled with who she was versus who her parents wanted her to be. I loved the end of the story and was so happy for them. They had a lot of ups and downs and it made the story all the better for it. 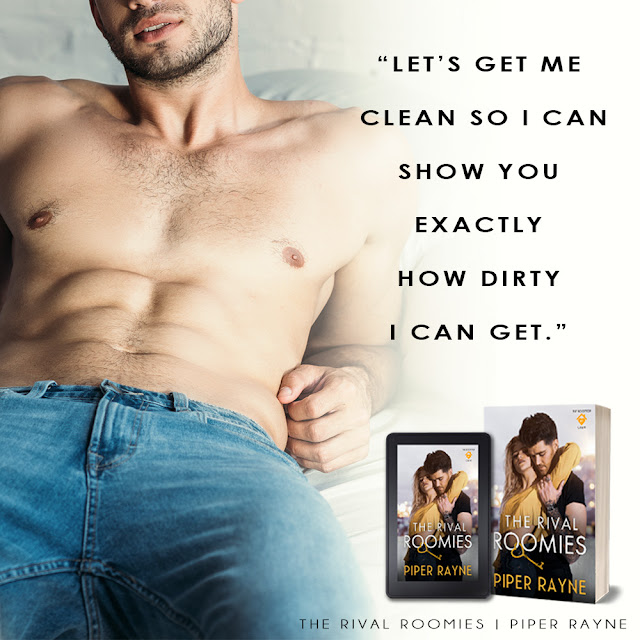 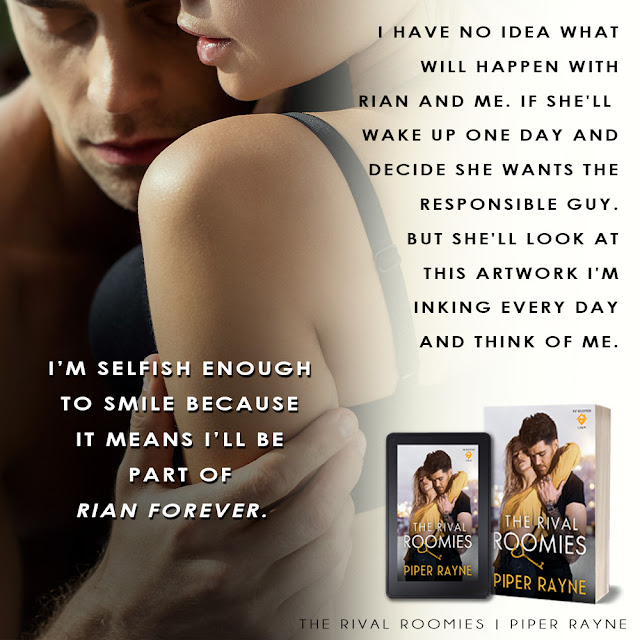 Meet Piper Rayne:
Piper Rayne, or Piper and Rayne, whichever you prefer because we're not one author, we're two. Yep, you get two USA Today Bestselling authors for the price of one. Our goal is to bring you romance stories that have "Heartwarming Humor With a Side of Sizzle" (okay...you caught us, that's our tagline).

A little about us... We both have kindle's full of one-clickable books. We're both married to husbands who drive us to drink. We're both chauffeurs to our kids. Most of all, we love hot heroes and quirky heroines that make us laugh, and we hope you do, too.

Join our newsletter & get 2 FREE BOOKS!

Be one of our Unicorns!