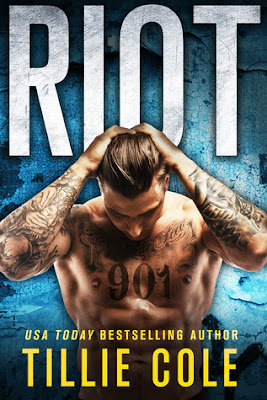 Description:
Stolen by the Arziani Georgian crime mob as a child, 152 was raised and conditioned to be a Mona—the most subservient of the Arziani Blood Pit slaves.

Gorgeous and kind, she has been and under the imprisoning influence of the Type B drug and under the command of the Blood Pit Master’s sister, Mistress Arziani, for most of her life, until the Master calls her back home to Georgia.

He wants her under his total control, and Master always gets what he wants.

But when 152 is gifted to the Blood Pit’s fearsome champion death match fighter as a prize, 152 suddenly finds out that the men who appear most brutal may just own the kindest hearts. And love may be found, even when living in hell.

Freedom, family, love, 152 will have to fight for what she wants and ultimately make an impossible choice.

My Review:
The end has finally come to this amazing series. I found this series on a whim while signing up for a blog tour for the second book. My first thoughts were about how dark and unique this book seemed and I was interested in reading something by a new author. It didn't disappoint and now here I am, at book four completing the series. I struggle with endings so instead of being mature I put this book off for as long as possible.

In book three we were introduced to 152, 194's younger sister. She was trained to be a Mona, a pleasure slave to be taken over and over against her will. When she gets sold to her latest master she's almost given up hope, especially since the drug that keeps her under control and her master is so much worse than any that came before.

We get a new character in this book. 901. 901 has spent his entire life as a prisoner to Master Arziani as a fighter in the Blood Pits. He's the pits undefeated champion. All he wants is his privacy since he knows freedom only comes when someone is stronger than him. Master Arziani wants something that can control 901 more than anything so he can win, lose, and die under his control. When he gives 901 152 he doesn't think they'll fall in love, but even in hell love finds a way to endure.

Ah so much love for this series. Tillie Cole is an amazing writer who crafts a beautifully terrible world that will have your blood-chilling to think something like that could happen. She doesn't write darkness for the sake of darkness, but to tell a story and deepen the characters and world and make it more intense.

I honestly could gush about this whole book and series and author all day long. Riot was a beautiful ending to a completely amazing series. I loved it from beginning to end and I couldn't be happier with how everything ended. 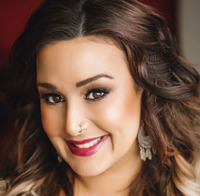 Amazon & USA Today Best Selling Author, Tillie Cole, is a Northern girl through and through. She originates from a place called Teesside on that little but awesomely sunny (okay I exaggerate) Isle called Great Britain. She was brought up surrounded by her English rose mother -- a farmer's daughter, her crazy Scottish father, a savagely sarcastic sister, and a multitude of rescue animals and horses.

Being a scary blend of Scottish and English, Tillie embraces both cultures; her English heritage through her love of HP sauce and freshly made Yorkshire Puddings, and her Scottish which is mostly demonstrated by her frighteningly foul-mouthed episodes of pure rage and her much loved dirty jokes.

Having been born and raised as a Teesside Smoggie, Tillie, at age nineteen, moved forty miles north to the 'Toon', Newcastle-Upon-Tyne, where she attended Newcastle University and graduated with a Bachelor of Arts honours degree in Religious Studies. She returned two years later to complete a Post-Graduate Certificate in Teaching High School Social Studies. Tillie regards Newcastle to be a home from home and enjoyed the Newcastle Geordie way of life for seven 'proper mint' and 'lush' years.

One summers day, after finishing reading her thousandth book on her much loved and treasured Kindle, Tillie turned to her husband and declared, "D'you know, I have a great idea for a story. I could write a book." Several months later, after repeating the same tired line at the close of another completed story, she was scolded by her husband to shut up talking about writing a novel and "just bloody do it!" For the first time in eleven years, Tillie actually took his advice (he is still trying to get over the shock) and immediately set off on a crazy journey, delving deep into her fertile imagination.

Tillie, ever since, has written from the heart. She combines her passion for anything camp and glittery with her love of humour and dark brooding men (most often muscled and tattooed – they’re her weakness!). She also has a serious side (believe it or not!) and loves to immerse herself in the complex study of World Religions, History and Cultural Studies and creates fantasy stories that enable her to thread serious issues and topics into her writing -- yep, there's more to this girl than profanity and sparkles!

After six years of teaching high school Social Studies and following her Professional Rugby Player husband around Europe, they have finally given up their nomadic way of life and settled in Calgary, Alberta where Tillie spends most of her days (and many a late night) lost in a writing euphoria or pursuing a dazzling career as a barrel-racing, tasselled-chap wearing, Stetson-sporting cowgirl... Ye-haw!