Review: AN UNSUITABLE LADY FOR A LORD 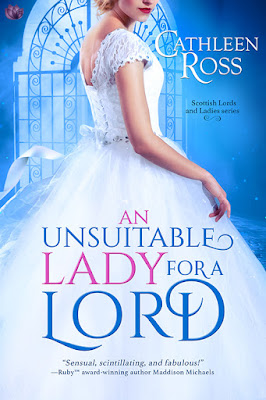 Title: AN UNSUITABLE LADY FOR A LORD (Scottish Lords and Ladies #1)
Author: Cathleen Ross
Pub. Date: April 13, 2020
Publisher: Entangled: Scandalous
Formats: Paperback, eBook
Pages: 210
Find it: Goodreads, Amazon, Kindle, B&N, iBooks, Kobo
Blurb:
Lord Aaron Lyle has one hell of a choice: a bankrupt dukedom, or marriage to some simpering society miss so his spendthrift father can get his hands on her huge dowry. He won't do it. He has a reputation to maintain, and besides, he'd rather run naked through the streets of London than marry anyone at all. Surely, there must be a third option.

Then Lady Crystal Wilding walks into his life, a bluestocking, full of subversive thoughts, who hates the notion of marriage even more than he does. He is intrigued…and, suddenly, he has an idea. He invites the totally unsuitable lady home on the pretext of presenting her as a possible match…but in truth, Aaron has something far more pleasurable in mind. For her part, Lady Crystal has her own reasons for going along with his harebrained scheme.

Imagine their shock when his highly proper family loves her and starts planning the wedding.
Good lord. Now what?


My Review:
Lady Crystal is tired of living under the rule of men. When she talks to a group of men about educating women she catches the eye of Lord Aaron who while captivated about her wanting to change the idea around arranged marriages, he's even more intrigued when she mentions women have passion.

Now Aaron wants to see how much passion Crystal has, but he needs to help her first. Helping her fund the teaching od young girls and

I struggled with this one a bit. I think because it was trying to say something more than it did. I do think it shined a light on how people are more willing to sticking with the status quo rather than thinking about difficult issues.

That being said I didn't really like Crystal or Aaron. Crystal was so naive and it was just not....Idk progressive enough. I think with the times being what they are and hearing that Crystal was so upset about "white slaves," rather than slaves in general just didn't sit well with me. This was a fine story, it just wasn't for me. 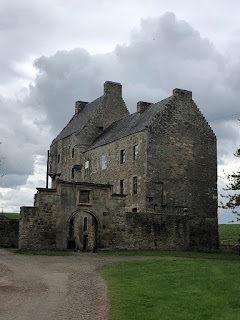 Chapter One
Edinburgh, 1811 Friday evening
When the wild Scottish wind swept Lady Crystal Wilding’s straw bonnet from her head, she didn’t expect it to fly, complete with ostrich feathers, right into the hands of the most compelling gentleman she’d ever seen.


He leaped with masculine grace, snatched the offending black hat from the air, and, on seeing its owner, bowed deeply. His thick, dark hair and perfectly trimmed sideburns had not been mussed by the leap, and the first thing she noticed was the amusement in his midnight blue eyes. He was exquisitely attired in a double-breasted black tailcoat, tan breeches, and black leather shoes. His cream silk cravat was tied superbly in a complicated pattern only a highly paid servant could manage. A hint of his brocade waistcoat showed under his well-tailored tailcoat.

“Lord Lyle at your service, Miss...”
“Lady Crystal Wilding.”
She strode a few feet over to him, bobbed a curtsy, and caught his compelling blue-eyed gaze for a second too long. She usually regarded powerful lords with some contempt... but something about this man grabbed her attention and wouldn’t let go.

She deliberately shook it off. She really needed to refocus and not allow herself to be distracted. “Thank you for saving this miscreant of a hat, my lord. I dinnae ken how it came loose.”

He fluffed the elaborate plumed creation before placing it in her hands and giving her a wicked smile. “Perhaps it was trying to return to its former avian owner.”

A ripple of laughter left her lips, and he joined her, his stern, noble face softening with enjoyment. Up close, he smelled of fine wool and the delicious scent of lime.


Just then, Hilda, Crystal’s maid, approached her. “I’m sorry, my lady. I should have tied the hat better.”

“No matter. You may go, Hilda. Take the hackney cab back to Old Town. I can see Sir Walter Scott is waiting for me at his front door,” she said. She was looking forward to meeting the famous poet and author.

“Aye, my lady.” Hilda curtsied and left her.

“So, you’re attending Sir Walter’s soiree? I heard there is a right harridan of a speaker tonight,” Lord Lyle confided, leaning close to her. “Let me escort you to the door.” He held out his arm for her.

She took it and walked with him down North Castle Street, conscious of how well built he was, with broad shoulders, narrow hips, and long legs.

“A harridan, you say?” she mused, biding her time. “She sounds right frightening. Does she come with horns?” He laughed again, and she noticed how his intense blue eyes warmed to her humor. He had a dimple in one cheek when he smiled, which was rather appealing, despite his cutting words.
“She’s a bluestocking, I’m told. One of those dreadful mannish creatures, no doubt with a mustache, who’ll probably bore us. Certainly, she’ll not be a bonny lass like you.”

He found her beautiful? Well, her heart certainly beat faster when he was close, but it irritated her that he thought a woman should be comely if he was expected to listen to her. She turned to him, raised her eyebrows, and looked him up and down as they approached Sir Walter’s gate. “Why are you attending the salon if you’re not interested in this boring, frightening orator?”

“The whisky is excellent, and Sir Walter is a dear friend,” he said with a wink.

Sir Walter Scott held on to the rail and limped down his front stairs to greet them. “Lord Lyle, I see you’ve already met our charming presenter, Lady Crystal Wilding.”

Lord Lyle blanched, his handsome face becoming all angles and planes, making his blade of a nose appear sharper under his high cheekbones. “Our speaker, you say?”

Crystal calmly rubbed above her upper lip, where her mustache would be if she were the harridan he had expected. “Aye, the lord has made my acquaintance and entertained me with his views. I look forward to sharing some of mine, for I’m sure he’ll eat up my words.”

Or learn to eat his own. 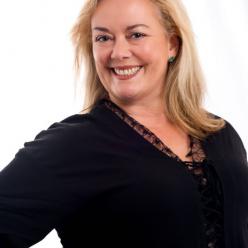 Cathleen Ross is a quirky writer who lives on Sydney Harbor with her husband, daughter, and very loved dog, Denzel. As an English teacher and editor, she has always surrounded herself with books. When she's not giving
psychic predictions for her family and friends, she's writing romances where her heroines always get their man. She's a multi-award-winning author who regularly hits the Amazon best-seller lists.