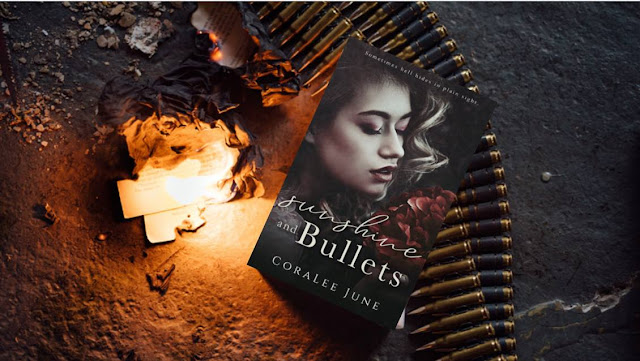 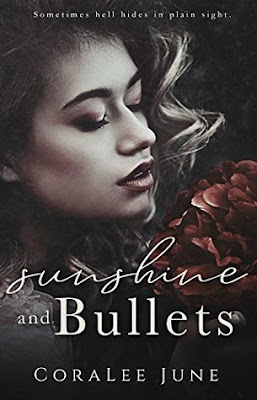 ABOUT THE BOOK
Sunshine.

It’s a nickname I haven’t heard since I lived on Woodbury Lane, where the houses were pretty but the secrets? Deadly. It was a pet name known only to the Bullets. Rough, violent, and ruthless, they laid claim to the town — and my heart.

I wasn't supposed to fall for a boy from the wrong side of the tracks—especially not four of them. But they were the only ones who understood that sometimes hell hides in plain sight.

I was the girl with all the conveniences a privileged upbringing could provide. The world only saw two loving parents and a pristine home life, but I knew the truth. And it was going to get me killed. So, I disappeared, from everyone and everything I’d ever known. I changed my name and my appearance, but the scars I carry, they’re still the same.

The Bullets are all grown up now, too — a crime boss, a pro fighter, a bounty hunter, and a federal agent. Life took them in different directions, but they once shared the bonds of a brotherhood forged under the harshest conditions. Together they were fearless. Brutal. Unstoppable.

I'm praying they can find that unity again. If I'm going to survive this, it'll take everything they have. Because that's the thing about running from the past.

Eventually, it catches up to you. My Review:
Sunshine and Bullets was a book I was super excited about since I love CoraLee June's writing. She's always an author I get excited about reading. This one had me on the edge of my seat and I went out and grabbed the rest of the books in the series.

I liked this story. It's a bit dark and there's a lot that's difficult about all the character's lives, but I was rooting for them all to get a happy ending.

Sunshine hasn't been Sunshine since she disappeared one night. She's been on the run for a long time and never expected to be found. She left behind the boys she loved and she wishes things were different but she has to protect herself and everyone she loves. Since she went missing her boys have come together to find her. Gavriel, Ryker, Blaise, and Callum are all doing different things, and when Callum finally finds Sunshine and tracks her down everything changes.

I have to say, it's was difficult to root for some of the boys and I felt so bad for Sunshine for thinking she needed to be punished, but I think that's the point. I think we're supposed to be angry and want to rage and protect Sunshine from her men. The characters are dealing with a lot of their own pain and knowing what happens to them all at the end makes this story more heartbreaking.

CoraLee June is an amazing author. I love reading her stories and I can't wait to see what she writes next. 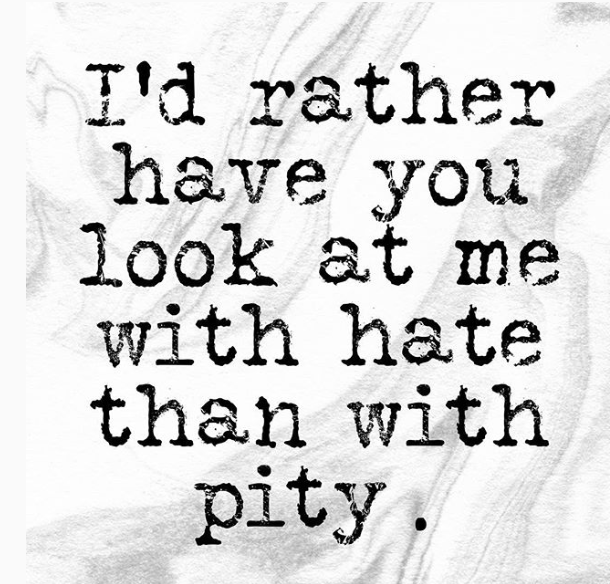 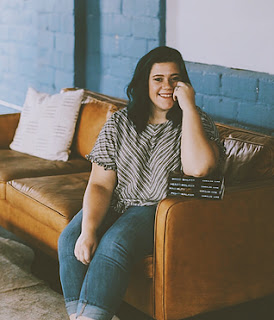 Author Coralee June has always been passionate about storytelling and impressed by the influence it has on people and the decisions they make in life. She loves engaging with the projects she works on, diving headfirst into developing real, raw, and relatable characters that are equally flawed and beautiful. Coralee lives in Dallas, Tx with her husband and two daughters. She's been known to frequently indulge in boxed red wine and day-old pizza. When she's not writing, June is reading or substitute teaching at the local middle school.
Posted by Reese's Reviews at 12:00 AM