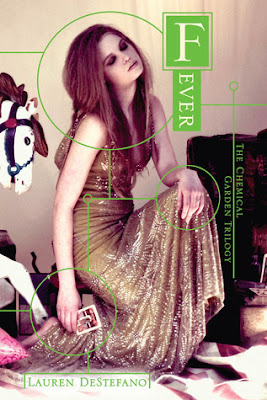 Blurb:
The New York Times bestselling sequel to Wither reveals a world as captivating—and as treacherous—as the one Rhine left behind.

Rhine and Gabriel have escaped the mansion, but they’re still in danger. Outside, they find a world even more disquieting than the one they ran away from. Determined to get to Manhattan and find Rhine’s twin brother, Rowan, the two press forward, amid threats of being captured again…or worse.

The road they are on is long and perilous—and in a world where young women only live to age twenty and men die at age twenty-five, time is precious. In this sequel to Lauren DeStefano’s harrowing Wither, Rhine must decide if freedom is worth the price—now that she has more to lose than ever.


My Review:
I loved Wither when I read it and looked high and low for the second and third books in this series. I just had to know what happened to Rhine and Gabriel. Did they find Rhine’s brother? Does Rhine really die at 25? What happens when they escape the house? All questions I’ve been dying to know and I finally picked up Fever. I always try to go into a new book with an open mind, but I think my expectations were a little too high for this story.

Fever picks up right where Wither left off, with Gabriel and Rhine escaping the mansion that held Rhine against her will. As they head back to New York to find her brother they end up getting captured by a Madame of a strange carnival where she sells girls into prostitution rings. The Madame is cruel and abusive and the world surrounding Rhine and Gabriel is almost worse than the place they left. Rhine is once again used and sold for men's wishes and the poor young girls are abused time and time again. Fever does a great job of depicting just how deplorable people can be for money, sex, and drugs. While we don’t get the full picture of what the world looks like due to this story being YA, Fever paints a very good picture of what is going on and how bad their circumstances really are.

Since the majority of the first book was inside the mansion and we got to see the wonderful outside world through Rhine’s eyes, we now get to experience what the dystopian world has truly turned into. I enjoyed this aspect of the book a lot, even though it was heart-wrenching to read about.

The relationship between Rhine and Gabriel was beyond stale sadly. I was hoping that with them finally free we would see some more emotions and how they truly felt for one another. Sadly this didn’t happen at all. Gabriel played a very insignificant role in this story and was very boring and flat. I hope in Sever has Gabriel in a more prominent role.

Overall a very good story, I just wish there was more story. 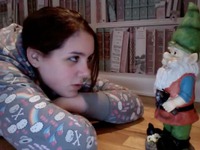