TBR Review: The Problem with Forever by Jennifer L. Armentrout 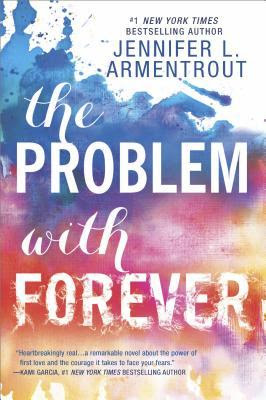 Book Description:
A story about friendship, survival, and finding your voice.

Growing up, Mallory Dodge learned that the best way to survive was to say nothing. And even though it's been four years since her nightmare ended, she's beginning to worry that the fear that holds her back will last a lifetime. Now, after years of homeschooling, Mallory must face a new milestone—spending her senior year at a public high school. But she never imagined she'd run into Rider Stark, the friend and protector she hasn't seen since childhood, on her very first day.

It doesn't take long for Mallory to realize that the connection she shared with Rider never really faded. Yet soon it becomes apparent that she's not the only one grappling with lingering scars from the past. And as she watches Rider's life spiral out of control, Mallory must make a choice between staying silent and speaking out—for the people she loves, the life she wants and the truths that need to be heard.


My Review:
I’ve been on the outs with JLA’s books since the final Lux book let me down. I felt as though I was reading the same story over and over again with different characters. That’s one of the reasons I decided to wait on reading The Problem with Forever, I didn’t want to be let down again by one of my favorite authors. What a surprise I was in for when reading this amazing novel. The story feels real and compelling, and it left me feeling joy when I finally closed the book. Well done JLA for making yet another amazing story.

Mallory Dodge came from an abusive household where the only bright light during those first thirteen years was Rider Stark. Rider would protect her during those dark times and tell her to “not make a sound.” After an accident that leads both Rider and Mallory out of that terrible home, they became separated for four years. In that time Mallory was adopted by an amazing family of doctors who has worked with her to help her find her voice again. When TPWF starts we are meeting Mallory when she is a senior in high school and instead of being homeschooled for her final year before college, she wants to attend a regular high school. Her last class of the day; Speech class (every kid everywhere’s worst nightmare) is where she sees Rider again.

TPWF was a beautiful story. Mallory, Rider, Hector, Ainsley, Jayden, Paige, Kiera, and Mallory’s parents all made for an amazing cast of characters. I loved how they all had an important role in this story and didn’t just become background noise to Rider and Mallory’s relationship. JLA has always done a good job making the secondary characters feel as important as the main characters, and this story is no different.

Mallory was a character I enjoyed from the very beginning. She is going through a lot, she doesn’t talk much, and she wants to go to high school as a senior. Even though a lot of the times she thought she was weak, going to a new school in your senior year talks a lot of guts. Mallory worries over typical school-related things like “where am I going to sit at lunch?” and “will I make any friends?” Typical stuff that made Mallory and this story feel more real. Mallory’s character was just great. She struggles, a lot, and struggles some more. Not a lot of things are easy for her and while she struggles she doesn’t give up. Her strength was admirable and I loved how even with Rider she chooses what’s best for her. I can go on about how I enjoyed Mallory’s character, especially with her parent's role in this story. They were amazing characters and Mallory goes through a lot of drama with them.

Now there’s Rider. Honestly, he hasn’t been my favorite male lead to a date. I did like him a lot though. I mean JLA has written some very amazing male leads and while Rider was amazing he wasn’t my favorite. Rider at the beginning of the story has a girlfriend and friends, and a job. He sees Mallory “Mouse” as he calls her and everything for him changes a bit. He sees his best friend and always a beautiful girl that he’s always loved and wants her to be apart of his life again. There was a lot of stuff going on with Rider and he struggled just as much as Mallory which I liked for a couple reasons. Mallory realized she all she wanted was to be there for Rider like he was there for her, and he wasn’t her white knight. Often times in stories where a character has a traumatic past the guy swoops in and saves the day, Rider couldn’t really do that for Mallory and I liked that aspect of the story that they both saved each other.

Onto the secondary characters. I want to start with Paige for a couple reasons. First, Paige was Rider’s girlfriend throughout the book and had been apart of his life for a couple years. I like that she wasn’t just some mean girl popular bully out to make Mallory’s life miserable. She had a story and she wanted her boyfriend. It makes sense she wouldn’t like Mallory because she was seemingly trying to steal her boyfriend and no girl is going to be nice about that. Hector and Jayden added a lot of diversity to this story which I enjoyed too. Not that Rider didn’t as well, but they spoke Puerto Rican and they were super cute and crucial to the story. I always love when diversity is in stories because it seems like sometimes authors write only white worlds. Then there’s Ainsley who was such a great friend. I liked her a whole bunch and liked how she was going through her own stuff but was still herself and was still there for Mallory when she needed her. Plus bringing awareness to what is going on with the actual author's eyes was a nice touch.

Honestly, I can go on and on about how amazing this book is. The book covers mental health in a way that’s realistic and as a psychologist, I loved that. For Mallory a lot of times when people come out of a situation like hers people want them to just move on, or they think everyone else is doing fine so why can’t they just snap out of it. I love how Mallory feels like this and struggles with the knowledge that yeah she came from a bad place, but only she can control how she reacts to that, and that it will take time to get her to where she wants to be. Similar to Rider. I think a lot of people expect boys and men to shrug off their trauma and that’s what Rider tries to do as well. I like that he wasn’t unaffected by what happened to him and that it was affecting him like it was affecting Mallory.

Well, this review turned out to be quite long so I will just say I enjoyed the story a lot. For more details read the rest of the review. lol 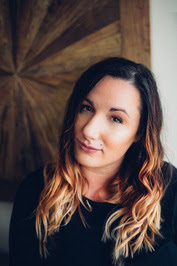 # 1 New York Times and # 1 International Bestselling author Jennifer lives in Charles Town, West Virginia. All the rumors you’ve heard about her state aren’t true. When she’s not hard at work writing. she spends her time reading, watching really bad zombie movies, pretending to write, hanging out with her husband and her Jack Russell Loki. In early 2015, Jennifer was diagnosed with retinitis pigmentosa, a group of rare genetic disorders that involve a breakdown and death of cells in the retina, eventually resulting in loss of vision, among other complications. Due to this diagnosis, educating people on the varying degrees of blindness has become of passion of hers, right alongside writing, which she plans to do as long as she can.