Today we have an excerpt for Pintip Dunn’s upcoming Malice! Check it out and be sure to pre-order your copy today! 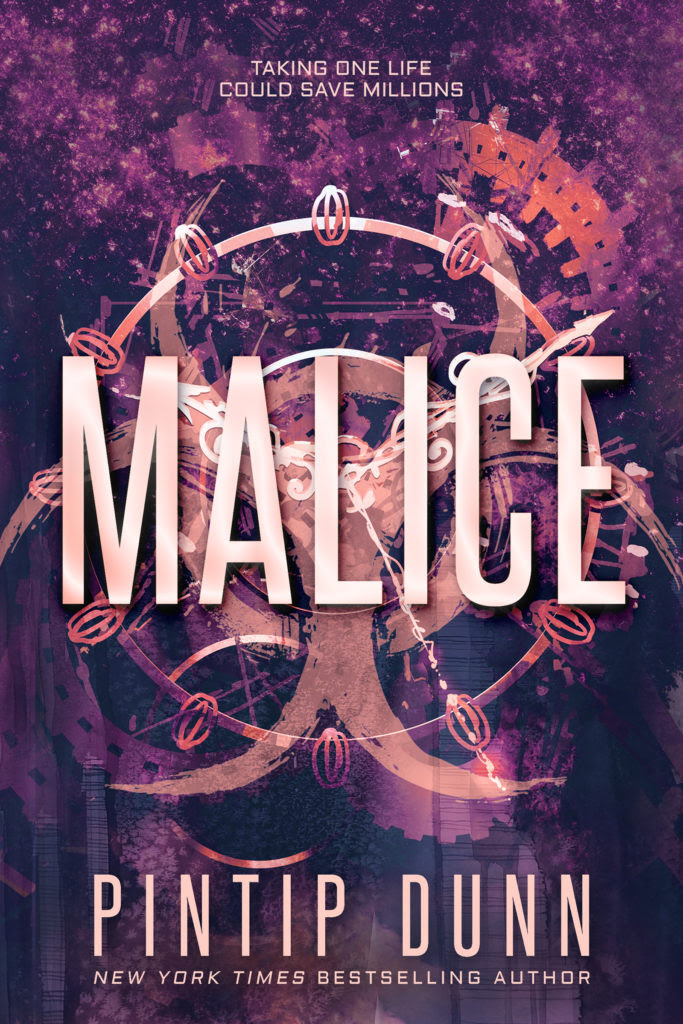 Genre: YA Thriller with Fantasy elements

What I know: a boy at my school will one day wipe out two-thirds of the population with a virus.

In a race against the clock, I not only have to figure out his identity, but I'll have to outwit a voice from the future telling me to kill him. Because I'm starting to realize no one is telling the truth. But how can I play chess with someone who already knows the outcome of my every move? Someone so filled with malice she’s lost all hope in humanity? Well, I'll just have to find a way―because now she’s drawn a target on the only boy I've ever loved... 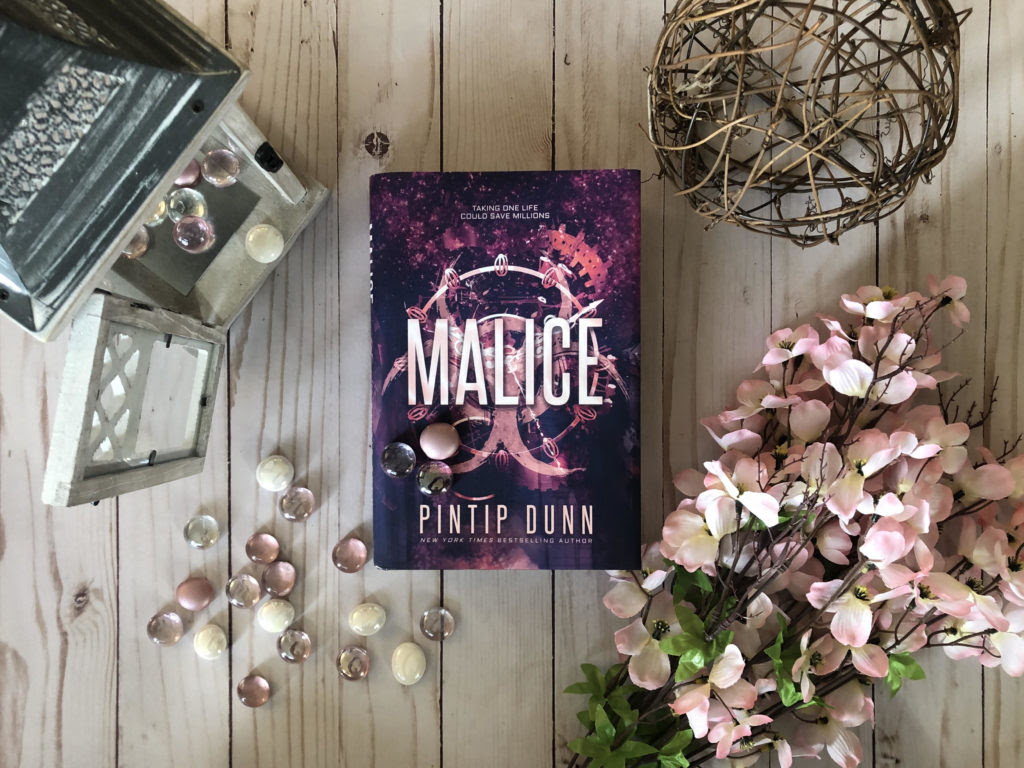 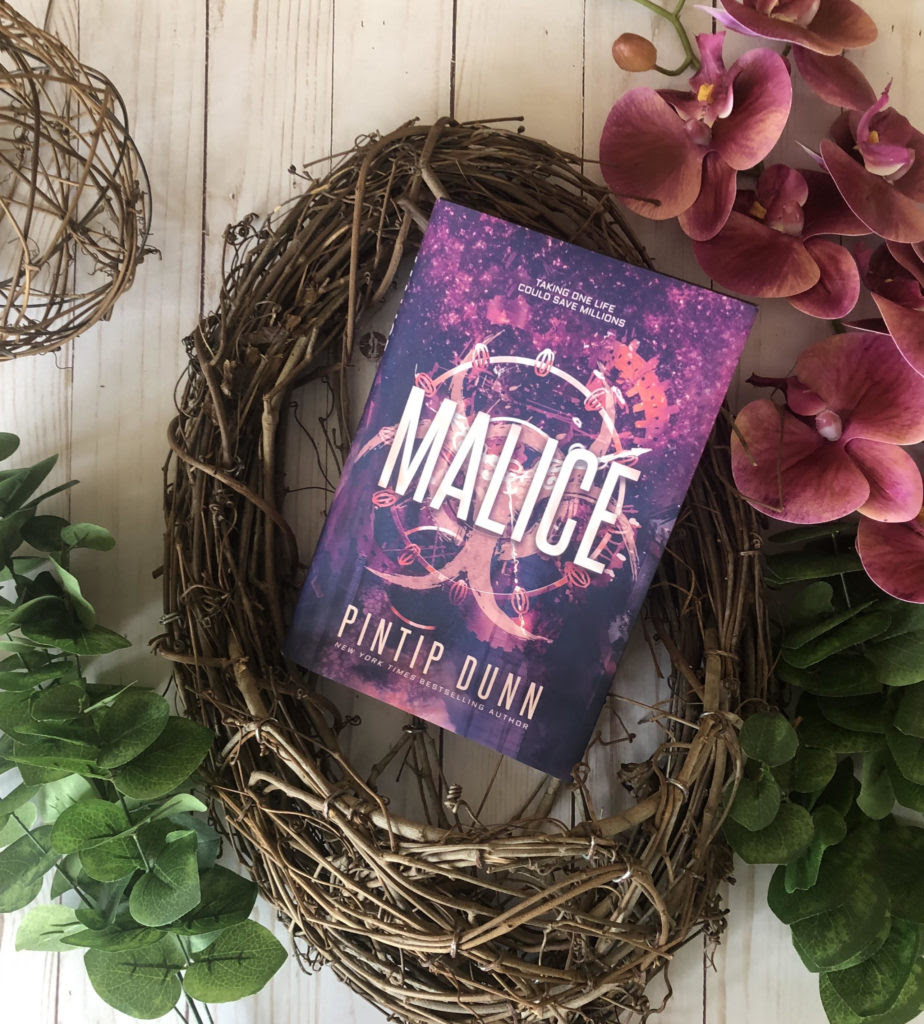 A streak of electricity zaps through my head.

My eyes pop open. What was that? I swear I felt my brain short-circuiting.

Cautiously, I glance around. A couple of my classmates are biting into fat, foil-wrapped burritos, and a girl with a feather tattoo is stretched on the lawn, using her girlfriend’s stomach as a pillow. A group of guys throw a basketball around on the court,

Not a single person looks at me. Clearly, no puff of smoke billows around my head.

Okay, then. I was probably just imagining it. Lack of sleep and too much fatigue from carving all those veggies. That combo’s enough to make anybody hallucinate.

Giving my head a firm shake, I start walking—

The synapses inside my brain sizzle, as though they’re being held over an open fire. I grab my temples between my hands, but it doesn’t help. The pain intensifies, as though my brain is slowly being brought to a boil.

My vision blurs, and I lurch behind a tree, dropping to my knees. A muffled voice rumbles. I don’t pay attention. I have more pressing concerns, like keeping the brain inside my skull. The voice rumbles louder. FLAMING MONKEYS. Can’t you see a girl is dying here? Go. Away.

“Maybe I would if you would listen a moment,” the Voice snaps, much more clearly this time.

What? Disoriented, I look up. But there’s no one around other than a butterfly flitting by my head.

The pain dials back a notch, but my stomach is still swirling with nausea. A voice…in my head? No way. I’m hallucinating. I’ve got to be. The chicken tasted worse than normal—maybe I have food poisoning. Any second now, I’m going to vomit or pass out. Probably both.

“Focus,” the Voice barks. She sounds feminine, but I can’t tell if she’s young or old. “Do you want this pain to stop?”

The flames roar back, burning even hotter. This is the worst food poisoning ever. I’m never cooking again. “Yes!” I moan. “I’ll do anything. Just make it stop.”

The pain shuts off like a door being slammed, and I collapse against the tree trunk, panting.

“Good. I’ll go away, once and for all. You won’t have to deal with this pain anymore. You just have to do one thing for me.” She pauses, as though gathering her thoughts. “Tell Bandit that you love him.”

“Huh?” The electricity must’ve fried my hearing. “Who?”

“Bandit,” the Voice bites out. “You know. The Thai boy playing basketball across the field?”

Pushing myself off the tree, I peer around the trunk. Across the courtyard, a guy with electric-blue hair raises his hands to shoot the ball, and his shirt rides up, revealing nicely defined muscles.

“You’ve g-got to be kidding,” I sputter. “I don’t even know him! I’m not going to profess my love to some random guy.”

The Voice sighs. “Yes, actually. You are.”

What Kirkus Review is saying about Malice: 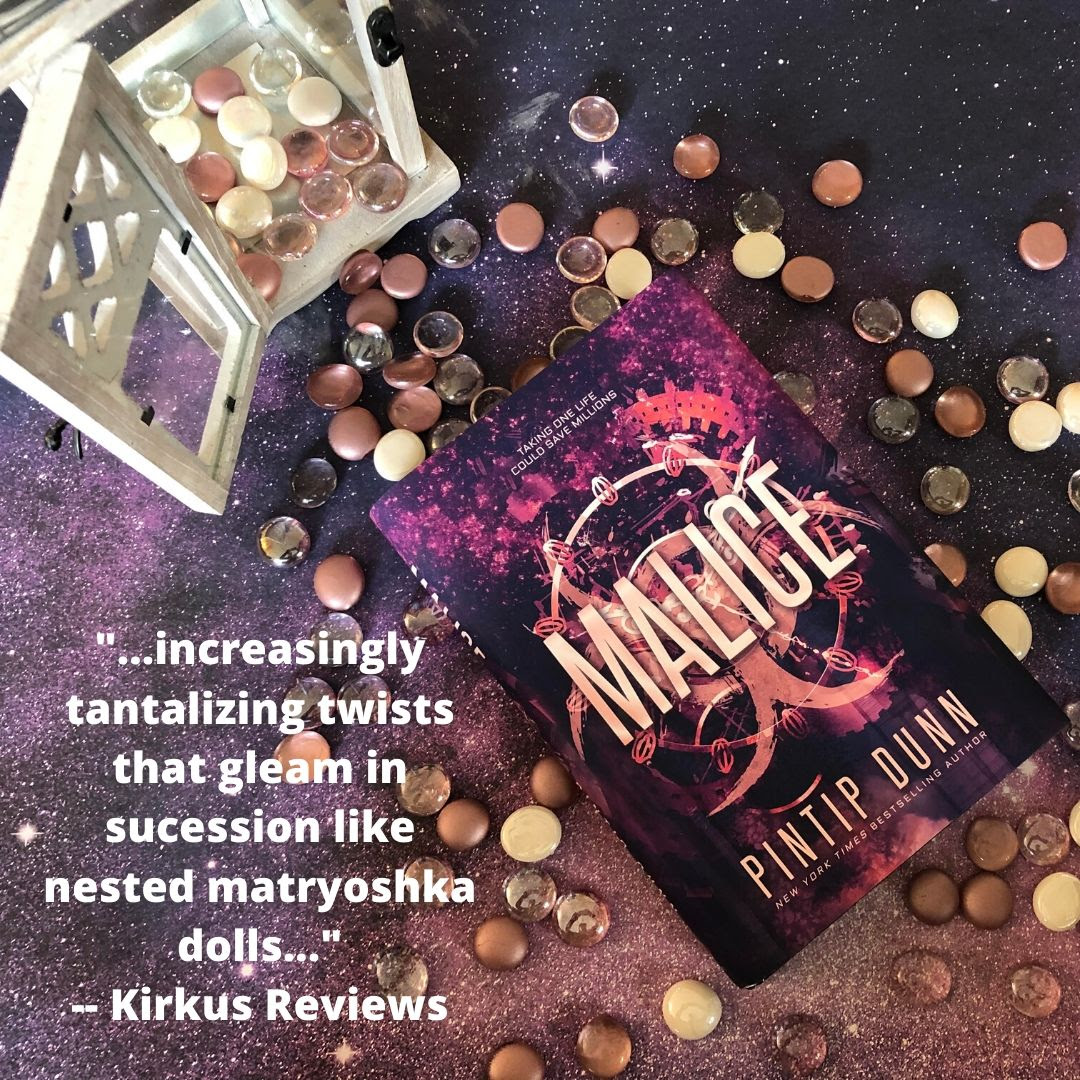 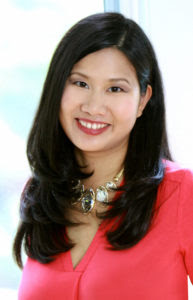 Pintip’s novel FORGET TOMORROW won the 2016 RWA RITA® for Best First Book, and SEIZE TODAY won the 2018 RITA for Best Young Adult Romance. In addition, her books have been translated into four languages, and they have been nominated for the following awards: the Grand Prix de l’Imaginaire; the Japanese Sakura Medal; the MASL Truman Award; the Tome Society It list; the Romantic Times Reviewers’ Choice Award; and a Kirkus Reviews Best Indie Book of the Year. Her other novels include REMEMBER YESTERDAY, THE DARKEST LIE, GIRL ON THE VERGE, STAR-CROSSED, and MALICE. 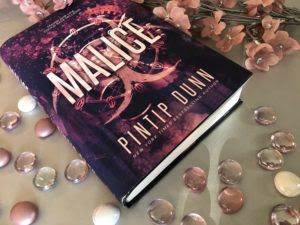