Today we are celebrating the release of KIND OF CURSED by Stephanie Fournet by taking part in the blog tour. It is a standalone, romantic comedy. You can grab your copy now, and check out a teaser from the book below. 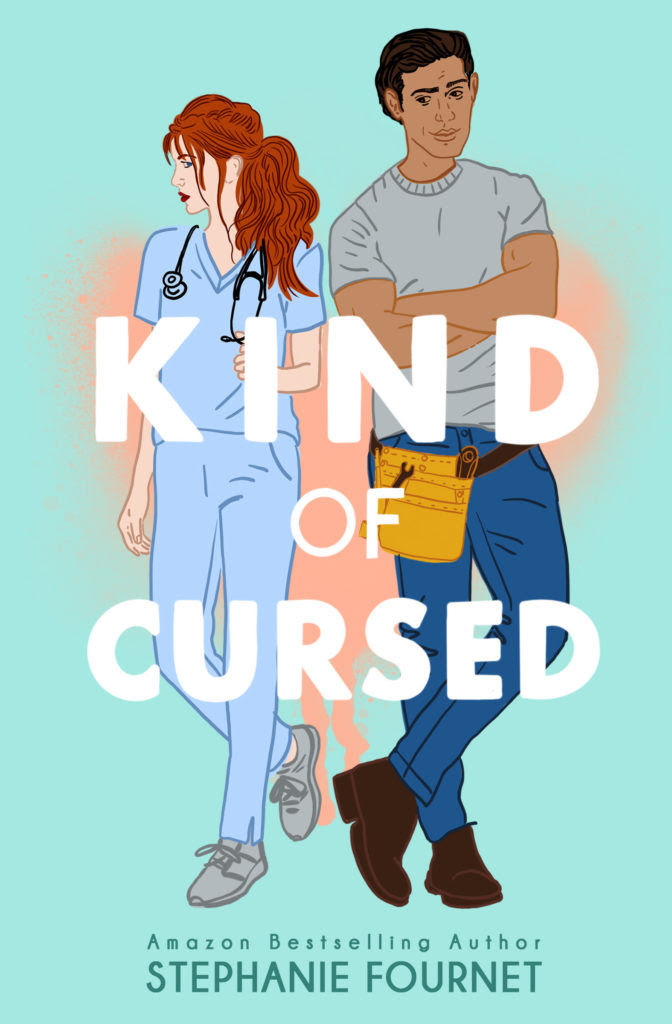 KIND OF CURSED by Stephanie Fournet

Every woman in Millie Delacroix’s family is cursed—kind of.

Birth control just doesn’t work for them. Like ever. Going to the altar knocked up is pretty much a family tradition. And twenty-four-year-old Millie refuses to let that happen to her—again.

Especially now that she’s responsible for raising her brothers and sister. A life of celibacy is her best defense—at least until the kids are grown and can take care of themselves. And, really, what’s ten years with no sex? No men. No sex. No love. It’s a fool-proof plan.

Until she meets Luc Valencia.

The Mexican-American contractor is just trying to do his best. Since his father handed him the reins to the family business, every day is a test to prove himself. At this point in his life, professionalism has to be his top priority.

At least until Millie becomes Luc’s client. Even with too much on her shoulders, the feisty redhead has the power to set him off, crack him up, or bring him to his knees.

All he has to do is resist falling for her through one kitchen remodel, and everything will be fine. Right? 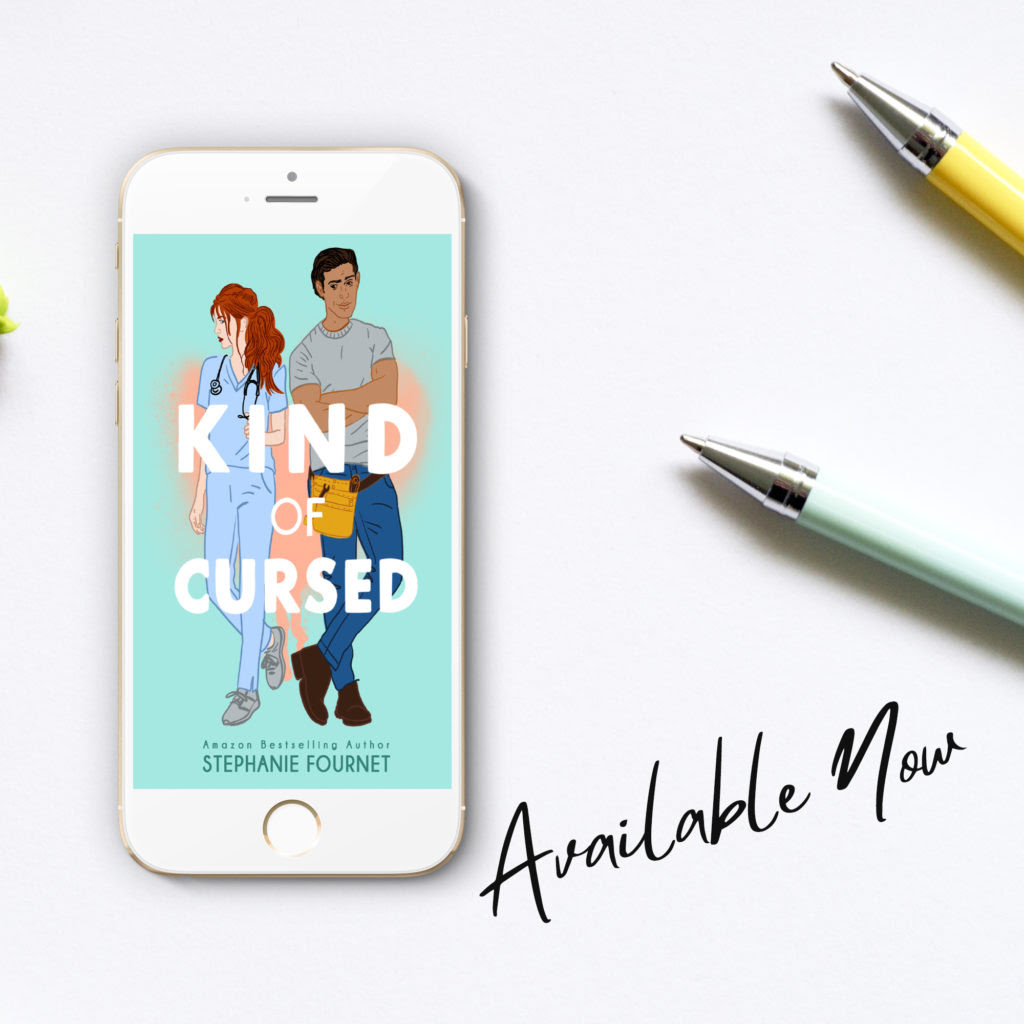 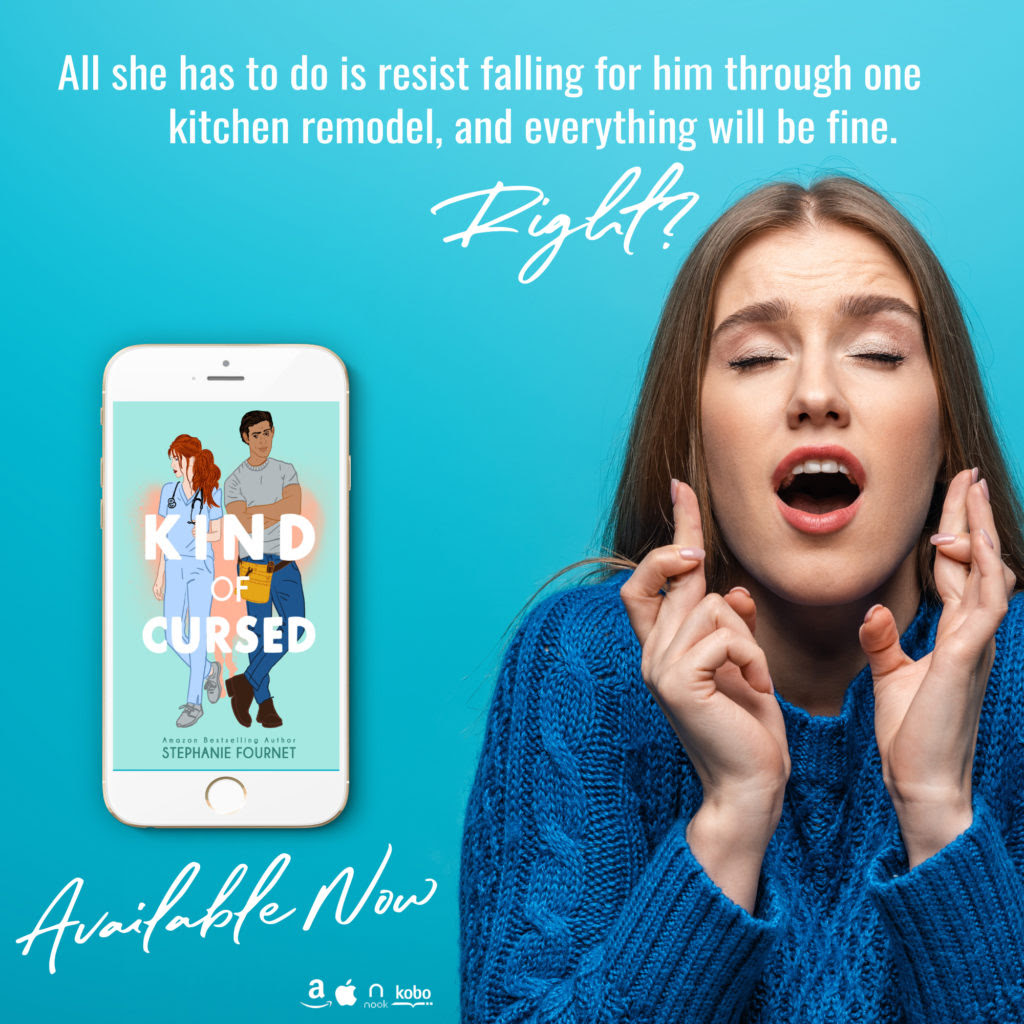 Excerpt from Chapter Eight
“You haven’t had dinner. You’ve got to be starving,” I say, pulling out the box. “There’s still half a pizza in here.”
“Which you are saving for lunch tomorrow.” Amused certainty plays in his dark eyes, but he doesn’t openly smile.
I blink. “How did you know that?”
Luc chuckles. “It was just a guess, but why else would you get a large veggie pizza if your brothers and sister don’t like it.”
“But—I—” My mouth opens and closes, but he’s right. I was saving some of it for lunch. Then inspiration strikes. “I’ll only eat two pieces. There are four left. You should take two.”
His eyes narrow, but now he is grinning. “Then you could have it for two lunches.”
I pull a face. “I’d be sick of it by then.” It’s true, but I’d probably eat it anyway. I mean, Saturday is going to be crazy. It’ll be a mad dash to get all of us out of the house for Harry’s tournament. Two pieces of stale pizza could be my breakfast.
Screw it. We can get donuts on the way to the soccer field.
I give him my best level stare. “I really can’t let you pack one more spice jar on an empty stomach.”
Laughter takes him off guard, and holy shit. It’s better than chocolate cake. It’s better than a foot massage. It’s better than dewormed puppy kisses.
And for the record, a kiss from a dewormed puppy is the only kind of puppy kiss I’ll accept. Advice to live by.
Luc laughs, and I know for sure I’m total crap at cooking because it’s the best thing I’ve ever made in this kitchen. By a long way.
The sight of it makes my stomach muscles sashay like they are “New Orleans Ladies.” Unable to speak, I do the only thing at my disposal. I open the pizza box and thrust it toward him.
His awesome laugh turns into a wry smirk. Luc leans toward me, and for one shocking moment, I think he’s going to plant a kiss on my cheek, but he’s just reaching past me to tear a napkin from the roll mounted under the counter.
“Unlike Harry, I’m not going to eat over the box,” he says, drawing back and then claiming a slice. Luc takes a bite. Watching that is almost as good as watching him laugh. I forcibly tear myself away, putting the still open pizza box on the counter and blithering a bit more.
“I’ll just put two of these into a Ziploc,” I say, awkwardly narrating my actions. “Good thing we haven’t packed these.” I raise the box of gallon size bags like I’m a marching band conductor.
Shut up, Millie. Just shut up!
Leaving the biggest for him, I pack up two slices of pizza. I’m certain that tomorrow over lunch I’m destined to be reliving this moment and having inappropriate thoughts of Luc Valencia.
And then it hits me. Tomorrow is one thing. Monday is something else. When the work actually starts, is he going to be with the crew? And what time are they going to get here every morning? He’s the only kitchen contractor I want to go braless in front of.
Wait. That didn’t come out right.
He’s the last kitchen contractor I want to go braless in front of.
No. What I mean is I DON’T WANT TO GO BRALESS IN FRONT OF ANY MORE CONTRACTORS!
There. That’s better.
I give a decisive nod to my internal monologue, except my nod is external, and it’s the movement that pulls me out of my head—and my head out of my ass—to discover Luc watching me with a slight frown of concern, mid-bite.
“I—uh—zoned out for a minute there.”
He bites, chews, and swallows, but even through these actions I can see the corners of his mouth tipping upward. “Really? I didn’t notice.”
I hear the irony in his voice, but even that is delivered gently. He’s teasing, but he’s not mocking.
And I’m embarrassed, but I’m not offended. Still, “I have a lot on my mind.”
His smile fades. Those dark brows draw together. “Yeah,” he says. “That I’ve noticed.” 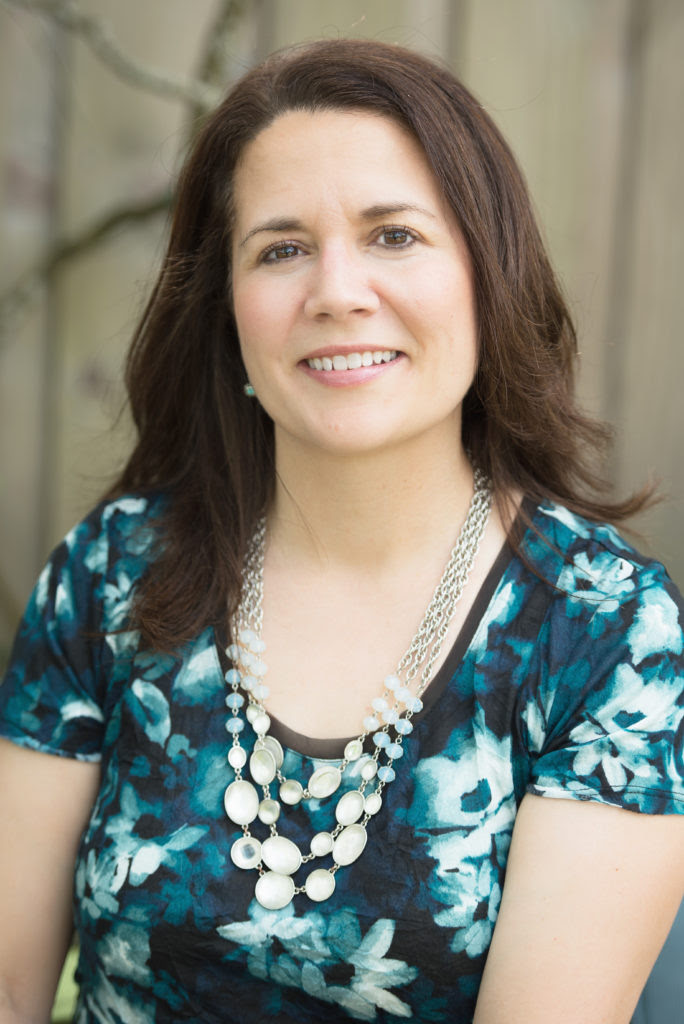 Stephanie Fournet, Amazon bestselling author of FALL SEMESTER, LEGACY, BUTTERFLY GINGER, LEAVE A MARK, YOU FIRST, DRIVE, SHELTER, and SOMEONE LIKE ME, lives in Lafayette, Louisiana—not far from the Saint Streets where her novels are set. She shares her home with her husband John and their needy dogs Gladys and Mabel, and sometimes their daughter Hannah even comes home from college to visit them. When she isn’t writing romance novels, Stephanie is usually helping students get into college, setting up a tent in the woods, or running. She loves hearing from fans so you can follow her on Facebook, Instagram, Twitter, or message her on Goodreads.