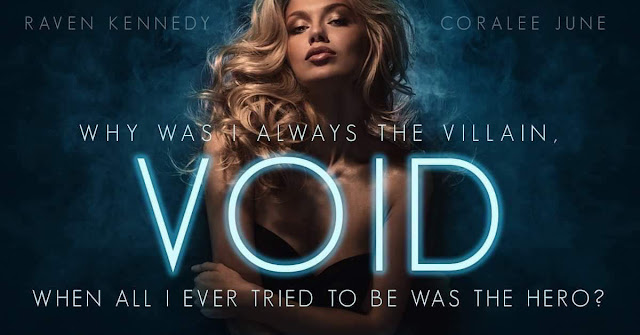 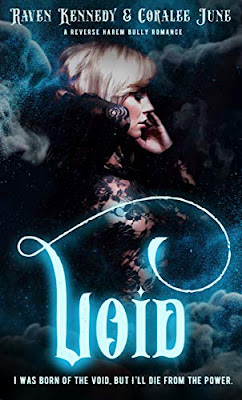 About the book:
I was born of nothing.

I’m a Void, a rare supernatural capable of absorbing powers at the brush of my skin.


Thibault Academy is full of supernaturals that want me dead, and the most powerful of them, the Paragons, will stop at nothing to ensure I go back to the hell I came from. They’re cruel, heartless, and have created an unlikely alliance to take me down.

If I want to learn how to control the nothingness, I’ll have to survive them.

I was born of the void, but I’ll die from the power.

This is a reverse harem bully romance.
Buy Link: https://books2read.com/CJRKVOID 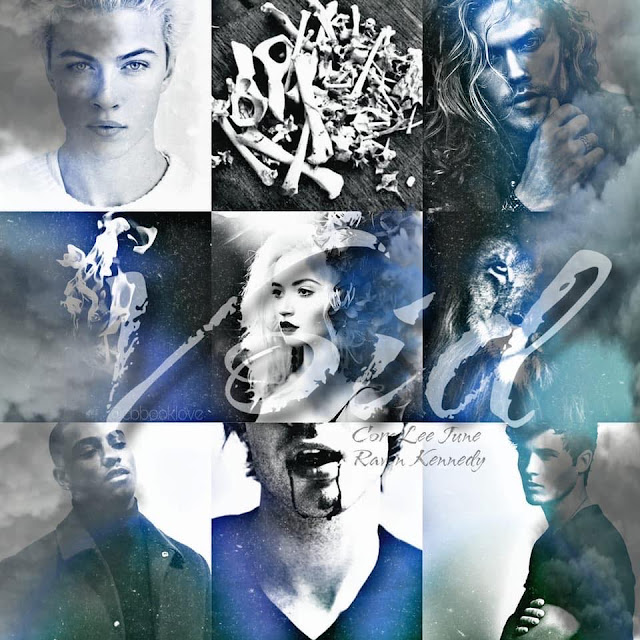 My Review:
This book was freaking amazing. Holy Hufflepuff Batman this book was one of the best I've read this year. I hadn't read any books by CoraLee June or Raven Kennedy before, but best believe the pair will be on my must-read lists forever.

Devicka has lived in the human world alone at an all-girls school for years, scorned and persecuted by the paranormal society Devicka assumes she has a long existence of loneliness ahead of her. That is until a sexy vampire comes to pick her up for Void duty.

Being a Void is having the ability to suck the powers from others. When her powers first manifested, Devicka took her mother's powers. Now she's used as a punishment tool for all the paranormals who do wrong. Devicka, assuming this is another crappy trip never expects what happens when she uses her powers on two paranormals. Now the Counsel is interested in what she can do and set about training her at the elite school for up and coming paranormals.

This book starts off with Devicka getting treated all kinds of poorly. She's an outcast both in and out of her family. She has one friend who is human, and when she gets sent to the paranormal school, things pretty much go from bad to worse for her. Devicka forms relationships with Render, Hyde, Grit, and Quade. At first these boys, well maybe not Hyde, want nothing to do with her. They are each from different factions in the paranormal community, but they all hate Devi and what she can do. Banning together they try and make life miserable for Devi, but Devi is no push-over and the boys soon realize that she might be everything to them.

I didn't expect a reverse harem book when I started this. It was absolutely fabulous! I loved Devi from the start and as she grew into her power and found what true relationships were, she became an even more amazing character. The boys? Well, I hated them in the beginning but they grew on me.

The sexy scenes were out of this world sexy. I was swooning and fanning myself during and after every scene. Just wowza. I love how each love interest formed a relationship with Devi first. They are all vastly different characters and I loved that.

If I have a complaint it's only that I wish this book could have been a series. It was absolutely phenomenal and I hope to read more from these two authors soon.

This book is a must-read. Seriously if you haven't read it yet, it needs to be on your TBR list. Absolutely fabulous. 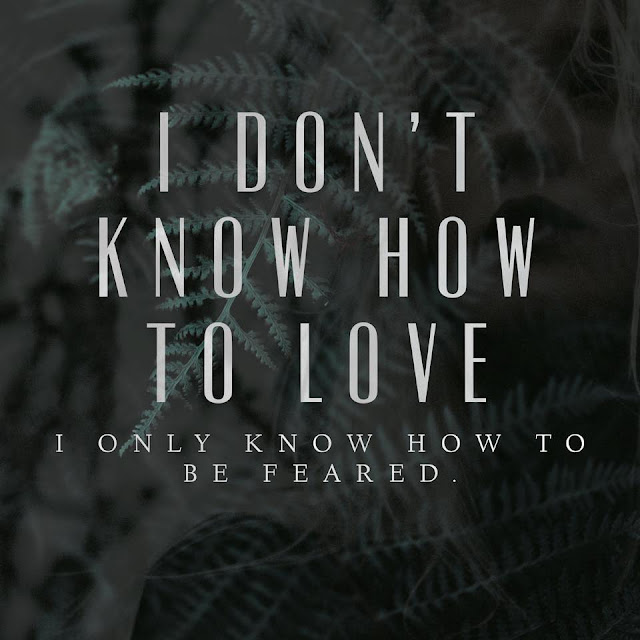 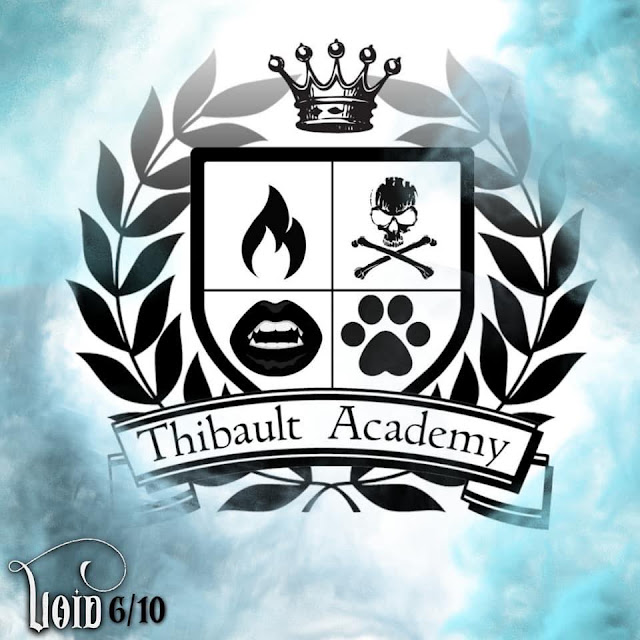