Today we have the blog tour of The Highland Outlaw by Heather McCollum! Check it out and be sure to grab your copy today! 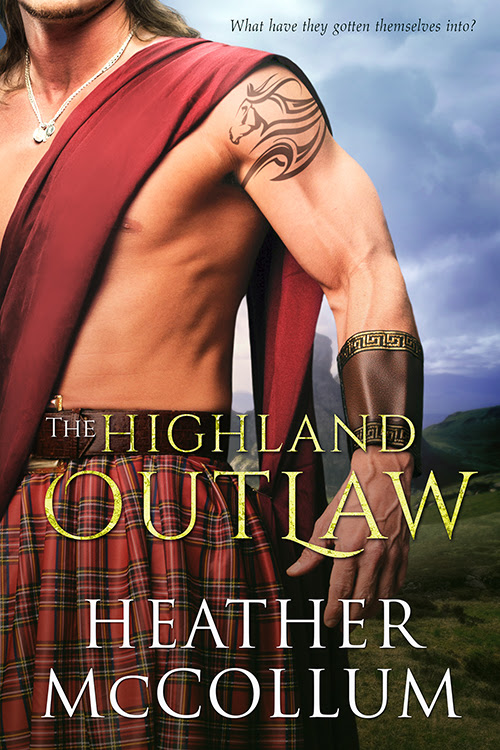 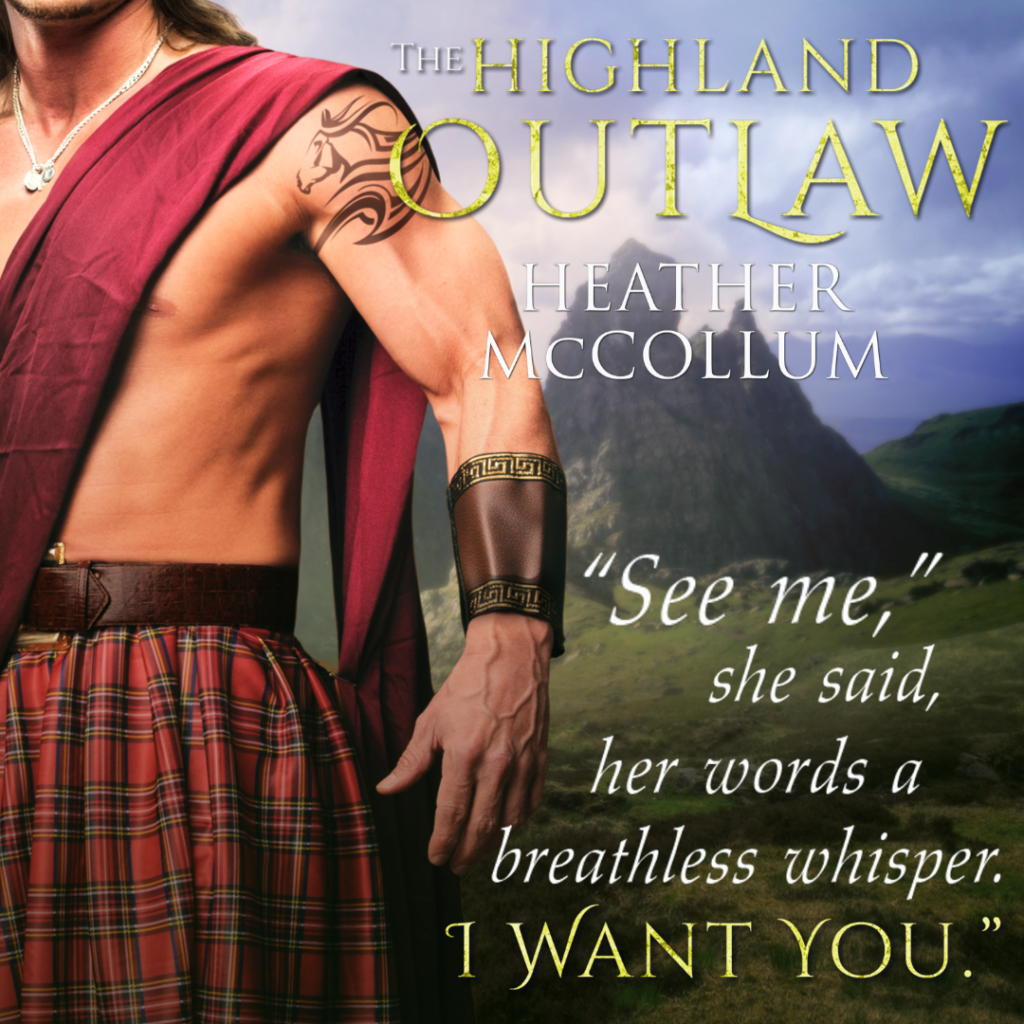 My Review:
I don't know what drew me to the Highland Outlaw, but I think it has to do with my soft spot for Scottish historical romances. I mean kilts am I right?

Alana Campbell just wants to prove to the world that women can do everything men can. Better even. When at the festival with her fellow Rose warrior/scholars, she comes face-to-face with Shaw Sinclair. He's a mountain of a man who needs serious help to take care of a baby.

When Alana offers to assist Shaw to feed the poor baby in his care he seizes his chance and kidnaps her. Now on the road Alana and Shaw strike a deal, she'll help him care for the baby and he'll help her free her mother from captivity.

Now, of course, people are on their trail to kill the child and whoever gets in their way so we get some amazing action scenes, blood, and a very loveable dog who loves Alana enough to attack anyone who tries to harm her.

Toss in a romance between Shaw, who will do anything to get his land back for his family, and Alana who just wants to be loved, and you have a very fun romance. I enjoyed Alana and Shaw's characters very much. Shaw was the kind of man any woman would swoon over, I think. He was respectful and never tried to force Alana into anything when she was in his care. Alana was so brave and never spent her time wallowing over things she couldn't change. I just loved them both so very much!

If I had any complaints it would be that the book dragged a bit for me at times. I'm not sure why, but some parts just felt more drawn out than they needed to be. Other than that aspect I did enjoy the pacing overall. I read this book in about two sittings and struggled to put it down each time I had to.

The Highland Outlaw was a fabulous read about two warring clans who come together to take care of a child and each other. 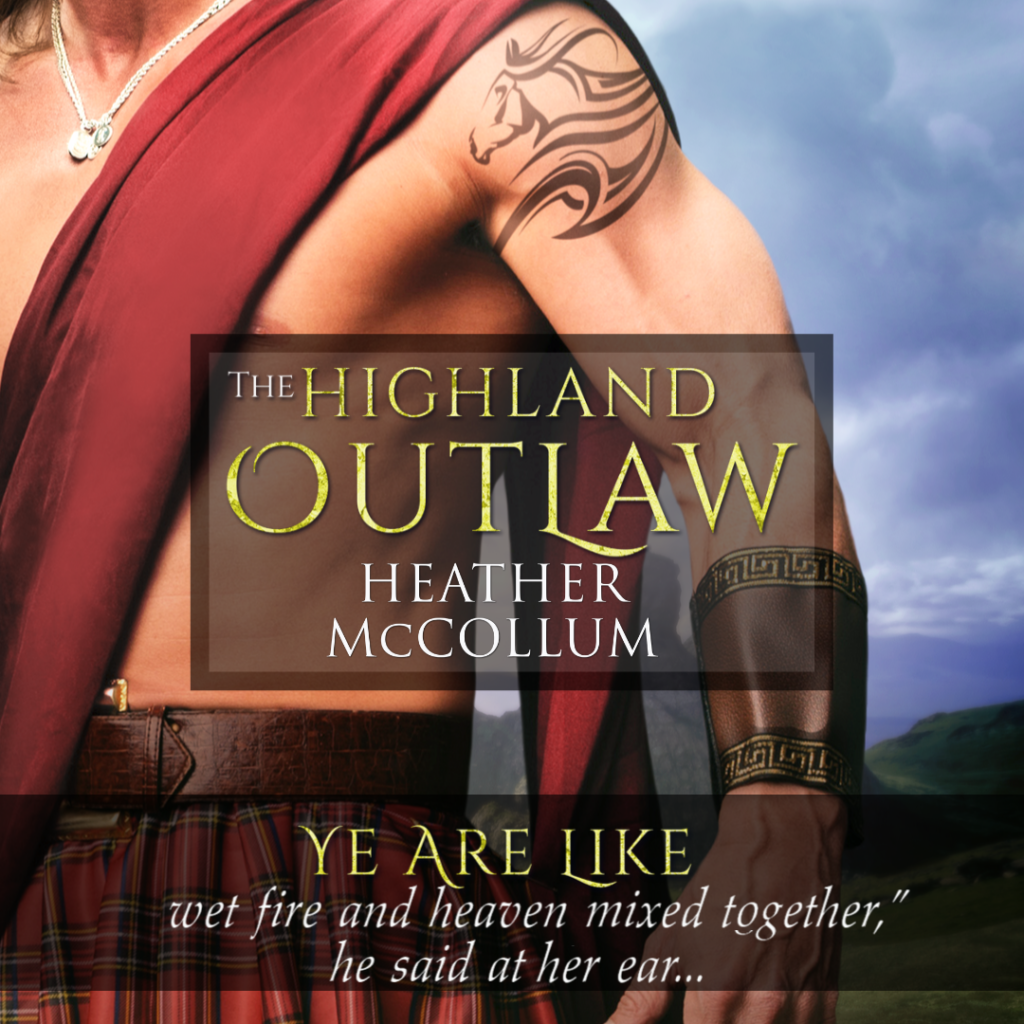 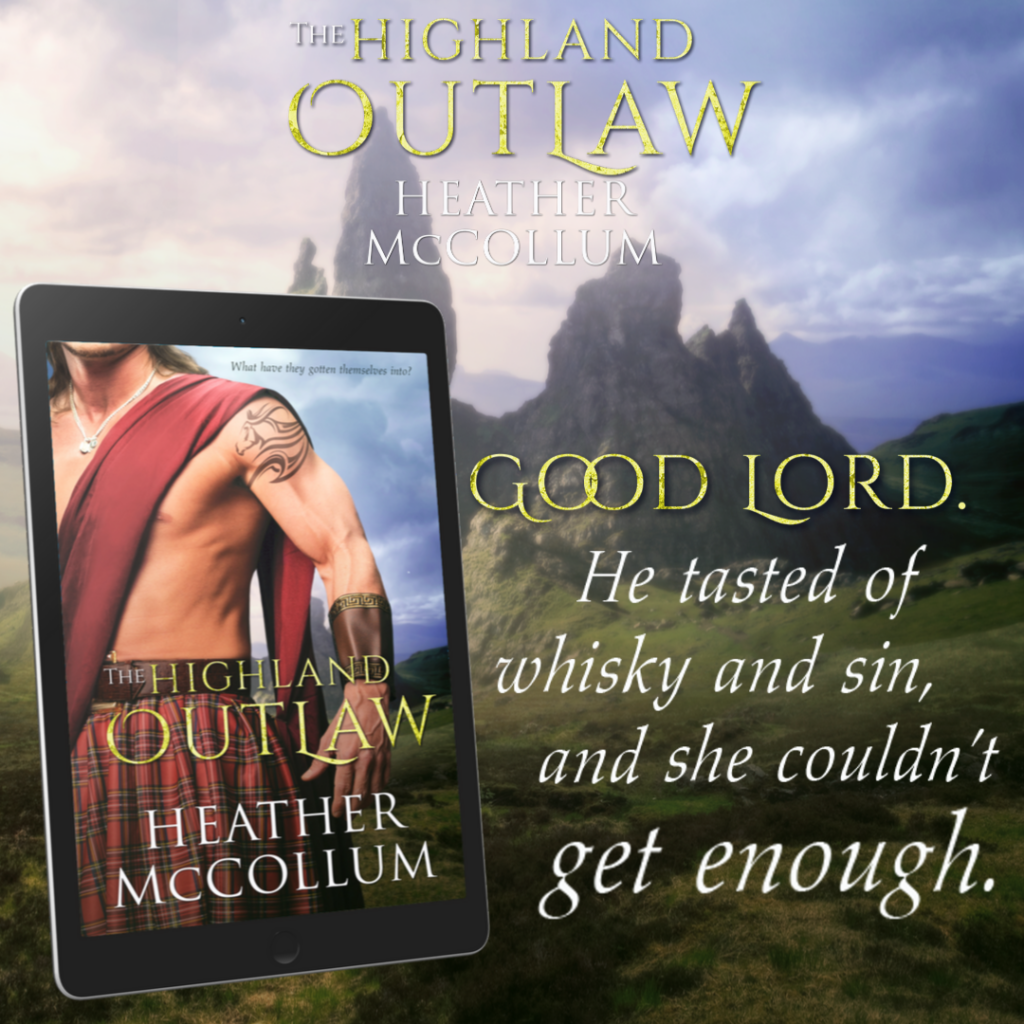 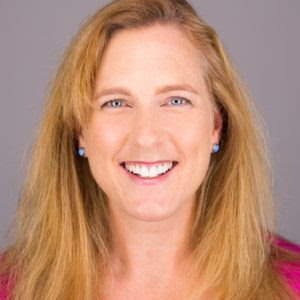