About the Book
Secret Obsession by Ann Mayburn

From the moment of my birth, I’ve been rejected by those who should have loved me, labeled as a freak because of my birthmark, bullied and tormented because I look different. When you’re told every day that you’re ugly and worthless you start to believe it. I managed to escape my malicious family and build a life for myself, but they’d broken something inside of me. I’m afraid to go outside, afraid to be around large groups of people, afraid of any type of confrontation and my panic attacks have left me pretty much housebound. If it wasn’t for my online friends I probably would have given up on life long ago. But there is one special friend, a man by the name of Mark, who keeps me going. He’s brave, smart, strong, and kind…and has no idea that I’m secretly in love with him.


Once I was a good man with a perfect life. I had a job I loved training dogs for the police with my wife, had a great family who filled our lives with laughter, and I woke up every day with a smile on my face. I was completely content in my blissful ignorance. I had no idea about the criminal world that thrived all around me, no idea that I’d made some powerful enemies who do anything to destroy me. Including killing my wife. I swore my revenge and got it, but in the process, I lost my soul. It was during these dark times after my vengeance was fulfilled and I was drifting in anguish, that a beautiful soul rescued me from my own personal hell. I tried to keep my distance, tried to shield her from the villains of the world, myself included, but the evil that surrounds me wouldn’t be denied. Despite my best attempts to keep her safe, someone is out to destroy Layla, and I’m the only one who can protect her.


But who’s going to save her from me?


*Each installment in the Cordova Empire series is a standalone story. 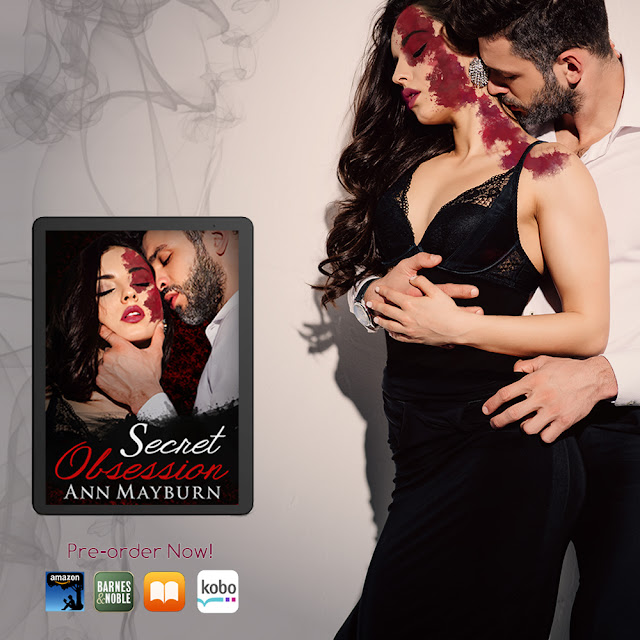 My Review:
Layla has spent her life hiding the birthmark that covers half her face and thinking everyone would think she's ugly if they ever saw it. When she meets Mark in a dark elevator that breaks down when the powers out, they form an unlikely friendship.

Now Mark spends his days taking care of Layla from afar and playing games with her regularly. He's cared for her as more than a friend for a long time, but he doesn't think after his tragic past that he could stand to be with someone else and lose them. When Layla ends up losing everything he realizes he's got to step up and take care of her as more than just a friend.

I thought Secret Obsession was okay. I liked Layla a lot and enjoyed reading about her growing stronger. Mark was a fine male lead. I didn't love him to death or anything but I was happy he got a happy ending with Layla.

The story was a bit predictable but didn't take away from the characters fully. I have to say I think coming into this series at book 3 wasn't the smartest idea and would recommend reading the first two books first. 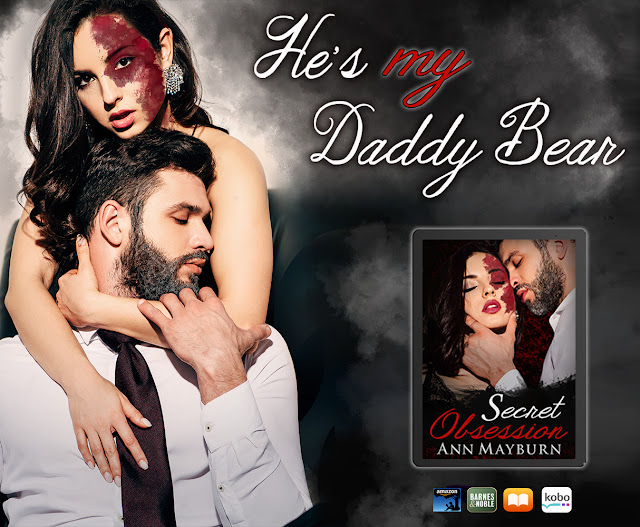 Tour Wide Giveaway: To celebrate the release of SECRET OBSESSION by Ann Mayburn, we're giving away a $25 Amazon gift card to one lucky winner!


With over forty published books, ANN MAYBURN is Queen of the Castle to her husband and three sons in the mountains of West Virginia. In her past lives, she's been an Import Broker, a Communications Specialist, a US Navy Civilian Contractor, a Bartender/Waitress, and an actor at the Michigan Renaissance Festival. She also spent a summer touring with the Grateful Dead-though she will deny to her children that it ever happened.

From a young Ann has had a love affair with books would read everything she could get her hands on. As Ann grew older, and her hormones kicked in, she discovered bodice ripping Fabio-Esque romance novels. They were great at first, but she soon grew tired of the endless stories with a big wonderful emotional buildup to really short and crappy sex. Never a big fan of purple prose, throbbing spears of fleshy pleasure and wet honey pots make her giggle, she sought out books that gave the sex scenes in the story just as much detail and plot as everything else-without using cringe worthy euphemisms. This led her to the wonderful world of Erotic Romance, and she's never looked back.


Now Ann spends her days trying to tune out cartoons playing in the background to get into her 'sexy space' and has accepted that her Muse has a severe case of ADD.


Ann loves to talk with her fans, as long as they realize she's weird, and that sarcasm doesn't translate well via text.