IF YOU SAY SO by Lani Lynn Vale. - Release Blast 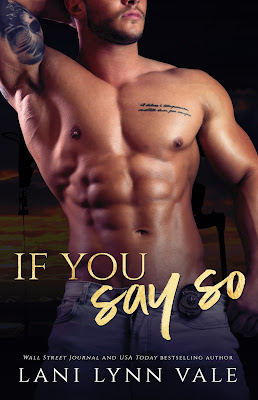 Gabriel Luca Maldonado, III and Francesca Leandra Solomon were meant to be. They were so in love that everybody prayed for what they had.

Everything was glorious. They would get married, have children and live a perfect life. She would be a doctor in the emergency room once she finished her doctorate, and he would be a badass Navy SEAL and save people for a living.

But then Luca is deployed across the world, and per military regulations, Frankie isn’t allowed to follow.

They’ve overcome a lot in their short relationship, and they can overcome this, too. Two years was a piece of cake. She’d finish her schooling and wait for him. And when he finally returned home, they would marry.

But two months into Luca’s deployment, the unthinkable happens, and Frankie is left alone and heartbroken, knowing that she’ll have to face the rest of life without Luca at her side.

Fast forward two years, and Frankie is exactly where her fiancé’s father left her, in a pit of despair that she has no hope of ever finding her way out of.

She lives life one second at a time, depressed and alone, hoping tomorrow won’t hurt like today.

She finds a job, moves, and hopes that the nightmares won’t swallow her whole.

But just as she thinks that she’s getting better, one of her nightmares walks through the doors of her ER, and that nightmare has a name.


Also healthy and whole, and definitely no longer missing.

Sadly, it only takes her a half a second to realize that the man that left her isn’t the same man that returned. 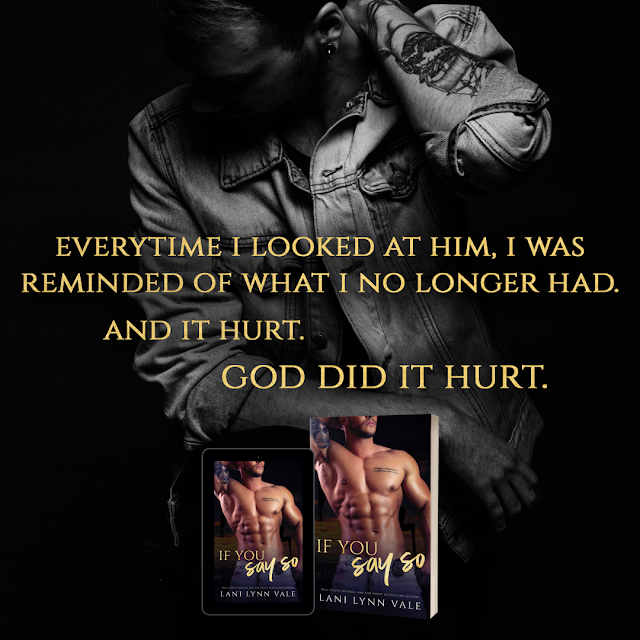 My Review
Oooooooh my goooooodness I FREAKING LOVED THIS BOOK!!!!!! Lani Lynn Vale you are the freaking bomb diggity.

Frankie and Luca were madly in love. They've been in love since they were little and after Luca got out of the service they were going to start their life together. Then Luca went missing and then months and months later is reported missing after Luca's best friend, Malachi comes home without him.

Now Frankie is trying to find out what she's supposed to do now that the love of her life is gone and his best-friend who keeps reminding her of Luca in small ways is here. She doesn't know how to move on from the man she loved forever.

Malachi is struggling. He came home to find out his parents threw out all his stuff, gave up his dog, and none of his clothes fit. Trying to find his way is more difficult than he would have imagined since he's starting to have feelings for Frankie, but he can't remember who he was, who Luca was, or anything. He's a completely blank slate.

Oh, this book was so good!!! I have to say the synopsis kind of gives it the whole thing away but I think the story was written in a way that I felt like it didn't if that makes sense? It probably doesn't. The synopsis is a little misleading and I felt like the story did a good job of teasing me throughout the story instead of giving it away right away.

Fabulous story. Amazing pacing. I absolutely would recommend this story. It's a must-read. I couldn't be happier for these two to have gotten their happily-ever-after and I can't wait to see what happens to a certain special friend of theirs! 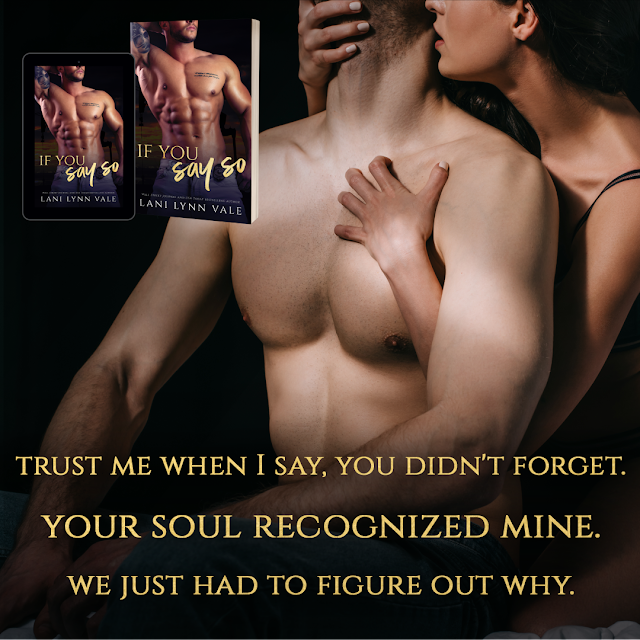 Lani Lynn Vale is a USA Today Bestselling Author of over thirty titles. She is married with three children, two dogs, two cats, a donkey, and a couple (a couple also meaning over twenty) chickens.