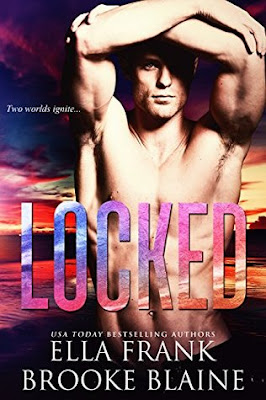 The man on Locke’s arm has been identified as Dylan Prescott, the sexy new “it” model currently featured in the latest Calvin Klein ads. Sources tell TNZ the men met on the set of Locke’s upcoming action film Insurrection 2, and that “they only have eyes for each other.”
This is the first public gay relationship for Locke, who came out a year ago, and there has been much speculation on who would finally be the one to catch his eye.

According to multiple eyewitnesses, Locke whisked Prescott away on his private jet for a romantic weekend at Syn, the most exclusive hotel on the Las Vegas Strip. After pictures recently surfaced of the new couple, affectionately named PresLocke, it appears from the possessive way Locke keeps his new beau close that things are heating up.

The world is watching #PresLocke, and we’ll be sure to keep you up to date on this budding relationship!

Ace and Dylan’s story continues in Book Two of the Bestselling PresLocke Series.


My Review:
I accidentally stumbled upon the PresLocked books and I am so glad I did. The books are free on Kindle Unlimited, but since I loved the first one so much I bought them so I could have them forever.

Ace Locke is a famous actor who after using his best friend as a beard for years finally came out as gay. However, despite him being out he hasn’t been OUT with a man ever. When he met Dylan Prescott the man on the billboard he’d been crushing on everything changes for him. Aced the first book in this series left off with the paparazzi finding Dylan and Ace naked in the same room in Vegas.  Now Ace and Dylan are out as a couple and everyone is trying to score on finding out how serious their relationship is.

Ace and Dylan are such a cute couple who deal with having their relationship dissected and picked apart by the media. Ace deals with a lot because he is under a lot of pressure and scrutiny with the media. He also has issues since he must deal with his movie roles generally being all macho and then him being gay. He loses a lot by being out and with Dylan. Despite all this Ace is loving and caring with Dylan and very supportive of him. Dylan is adorable and honestly my favorite out of the two of them. He’s sweet and care-free. He had a harsh and rough past growing up until his parents adopted him. I love that he has a “hippy” name like Daydream which is adorable.

Now if you haven’t read a review by me before you should know I have a deep love of MM romances. Seriously I love them and am always trying to find new and amazing ones. I stumbled upon this series and couldn’t be happier I did. I love MM romances since while they have some really hot and sexy scenes, they also have a friendship that often doesn’t come from only F//M stories.

I loved this story a who heck of a lot. Ace and Dylan come so far from the first story into this story. I love how Dylan goes to have more of a place in this story by visiting his family and some family drama. I loved this story so much. The ending is so cute and I can’t wait to see where their story goes with the final book. 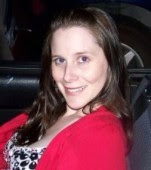 If you’d like to get in touch with her, she’s easy to find - just keep an ear out for the Rick Astley ringtone that’s dominated her cell phone for years.