Movie Review: IT Chapter One & Two 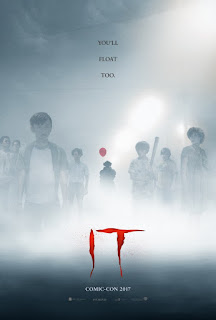 Seven young outcasts in Derry, Maine, are about to face their worst nightmare -- an ancient, shape-shifting evil that emerges from the sewer every 27 years to prey on the town's children. Banding together over the course of one horrifying summer, the friends must overcome their own personal fears to battle the murderous, bloodthirsty clown known as Pennywise.


My Thoughts:
I was so against watching this movie. No lie. I was so not into it, it was crazy. My hubby was telling me he would take me for ice cream if we went to see this one. So of course, for the promise of sweets, I said heck yeah.

Little did I know that this would love this movie. Like seriously loved this movie. I thought IT: Chapter 1 was fabulous! Absolutely fabulous.

Let's start with the cast: 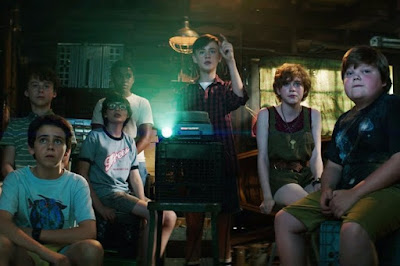 Now I haven't read the book so I don't know if the actors they picked fit the description, but these actors were amazing. They all felt real and likable. I think the only struggle I had was keeping everyone's name straight. That's not a problem with the movie, but with me. Especially since the guy who played Richie was named Mike in Stranger Things, but Mike was a different character in this movie.

Anyway back to the movie. I really loved it. I thought the movie was fabulous.

Pennywise was freaking terrifying. Every time he was on screen I was freaking out. His manipulation of the kids and the adults around them had me tense and squeaking in terror every time. 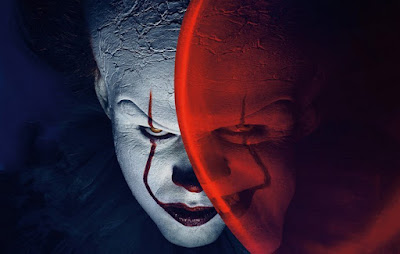 I have to say, not that I liked, but I thought it was interesting that most of the aspects of the kids lives that we saw was filled with a lot of traumatic and dangerous situations. Beverly with her disgusting father. Bill with his insensitive family. And the rest of the kids who had Henry Bowers and his gang trying to, in all honesty, kill them.

The whole movie was amazing. I have to say after hearing about the book and the whole weird sex scene in the tunnels with the kids I feel like I will forever pass, but the movie adaptation was fabulous.

This movie is a definite must-see. Despite being terrified I loved the YA aspect of the story. Children finding a killer clown and kicking its evil butt. Along the way, there's conflict and personal issues, and it was fabulous. I've got mad love for this story. 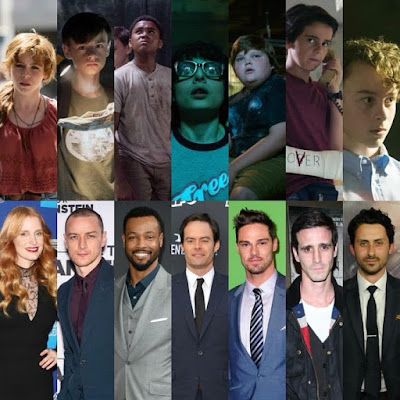 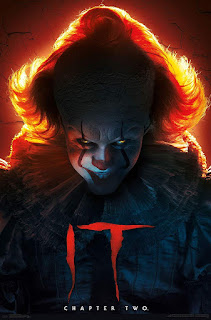 Defeated by members of the Losers' Club, the evil clown Pennywise returns 27 years later to terrorize the town of Derry, Maine, once again. Now, adults, the childhood friends have long since gone their separate ways. But when people start disappearing, Mike Hanlon calls the others home for one final stand. Damaged by scars from the past, the united Losers must conquer their deepest fears to destroy the shape-shifting Pennywise -- now more powerful than ever.

My Thoughts:
I loved this movie and it was a perfect installment to the first movie.

The movie starts with a hate crime which leads Mike, the only member of the Losers Club to have stayed in their crappy town to realize IT aka Pennywise was back.

The Losers come back and Pennywise is very much into terrorizing them again. I felt like he was way more brutal in this second movie than the first. We got to see in more gruesome detail the deaths of at least 2 kids and an adult.

Let me talk about the characters. 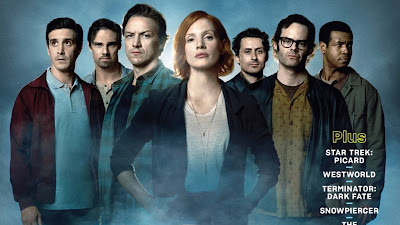 I was a little worried the characters wouldn't be a perfect match with their younger counterparts. I was worried for no reason at all. The older actors were the perfect older versions of the beloved younger characters. I never once felt like I wasn't seeing older them. They all felt 100% like their older selves.

I think this time Richie was definitely my favorite and I almost wish there was another movie just so we can see what happens to him. I hope he gets a happily-ever-after.

I also liked how their progression into adults made sense. When they were younger they were more fearless and as adults, they were a lot more fearful. I definitely feel that.

I was super happy with the ending. I definitely cried and screamed quietly (since I was in a movie theatre), and enjoyed the whole story. There were parts that completely surprised me.

The characters deal a lot with their pasts and how they've been dealing with the drama surrounding how their forgotten childhood shaped their present reality.

This movie was fabulous. After watching it, I wanted to watch it again. The acting was amazing and the story was unique and terrifying.