Cleaning Up My TBR Pile #24 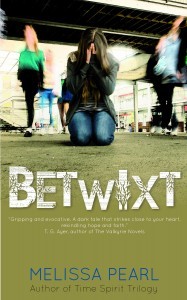 Beautiful, wild-child Nicole Tepper is hit by a car and left for dead. But when she wakes the next morning, Nicole finds herself in bed without a scratch. Perhaps she was more intoxicated than usual, as her mother is giving her the silent treatment and her friends are ignoring her as well.

Things take a turn for the weird when Nicole soon discovers she is actually hovering between life and death. Her body is lying in the forest while her spirit is searching for anyone who can hear her. Unfortunately, the only person who can is Dale Finnigan, the guy she publicly humiliated with a sharp-tongued insult that has left him branded.

Desperate, Nicole has no choice but to haunt Dale and convince the freaked-out senior to help her. Will he find her body before it's too late? Or will the guy who tried to kill her with his car, beat him there and finish her off before anyone finds out?

Thoughts: This book sounds freaking amazing. It's absolutely my type of story. Sadly the only available copy is $61. 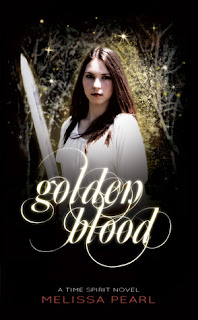 Gemma Hart never knows when her father is going to whisk her back in time. Her toes start tingling and she has a few minutes to find a secret haven where she can disintegrate and appear in another time and place. While “across the line,” her training and skills are put to the test as she completes a mission that will change history for the lucky few her father has selected.

Gemma's parents are adamant that secrecy is paramount to her family’s safety. If people knew what they were capable of, they could be "used and abused", as her mother always says. Afraid she might accidentally utter the truth and break the ancient oath of her people, Gemma spends her school days as a loner. Only one thing can throw her sheltered life askew... Harrison Granger.

Harrison never expected to talk to the strange Hart girl, but after a brief encounter, he can't stop thinking about her. He begins a campaign to chisel away her icy veneer and is met with unexpected consequences. As he slowly wins this girl over, he enters a surreal world that has him fighting to keep his newfound love and his life.

Thoughts: I can see why I had added this one but I don't think at this time this book is for me. It feels like one I've read before. 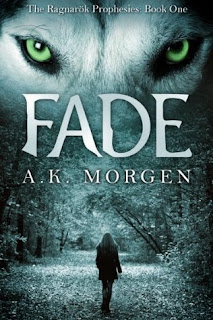 What do you do when you realize that nothing in your life is what you’ve always believed it to be?

The death of Arionna Jacobs’ mother has devastated her, and Dace Matthews is torn in two, unable to communicate with the feral animal caged in his mind. When they meet, Dace tumbles into Arionna’s mind as if he belongs there, and everything they thought they knew about themselves and the world around them begins to fall apart. Neither of them understands what is happening to them or why and they’re running out of time to figure it out.

An ancient Norse prophesy of destruction has been set into motion, and what destiny has in store for them is bigger than either could have ever imagined. The end is coming, and unless they learn to trust themselves and one another, they may never unravel the mystery surrounding who they are to one another, and what that means for the world.

Thoughts: This one seems okay. I'm not super in love with it but I wouldn't completely say it's crap. 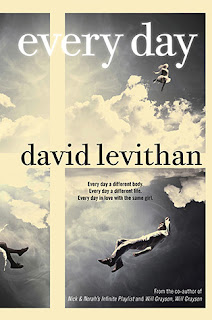 There’s never any warning about where it will be or who it will be. A has made peace with that, even established guidelines by which to live: Never get too attached. Avoid being noticed. Do not interfere.

It’s all fine until the morning that A wakes up in the body of Justin and meets Justin’s girlfriend, Rhiannon. From that moment, the rules by which A has been living no longer apply. Because finally, A has found someone A wants to be with—day in, day out, day after day.

Thoughts: This sounds interesting but I think the only reason I added it was because everyone else seemed to be adding it as too. 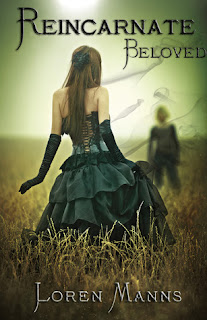 When Ana, an immortal, meets the reincarnation of the boy she once loved, and inadvertently killed, she must fight to save him from her sister, the Norse goddess of the underworld. And from the curse that dooms any boy who loves her to a painful death.

Thoughts: This book description is a little too short for me to get a good grasp on what's really happening. 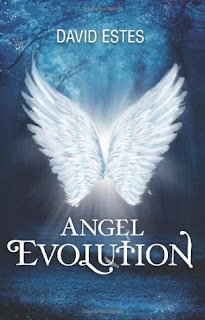 Angel Evolution- the first book in the young adult fantasy trilogy: The Evolution Trilogy... When Taylor meets Gabriel at college, she is in awe of the subtle glow that surrounds him. No one else, not even her best friend, seems to notice. Something about him scares her. Is all as it appears? While Taylor struggles for answers, she finds herself in the middle of a century-old war centered on one miraculous revelation: evolution.

Thoughts: As I've stated in previous stories I think I'm over the whole Angel stories. 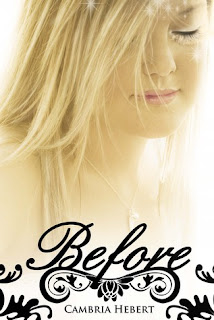 What if your life was charmed and everything in it was perfect…....

This is the story of my past. Of what things were like for me when everything was normal. Of what every teenager’s life is like. Clothes. Parties. Boys and summer vacation. What’s so wrong with that?

I liked it. I was happy.

Until things changed. I changed.

This is the beginning of the worst year of my life. Would I go back and change things? Erase everything that has happened to go back into these moments?

This is a story of before.

Thoughts: I went back and forth on this one but I don't think I will ever get to this one even knowing it's on KindleUnlimited. 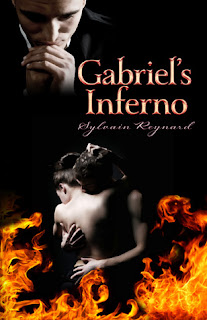 Enigmatic and sexy, Professor Gabriel Emerson is a well respected Dante specialist by day, but by night he devotes himself to an uninhibited life of pleasure. He uses his notorious good looks and sophisticated charm to gratify his every whim but is secretly tortured by his dark past and consumed by the profound belief that he is beyond all hope of redemption.

When the sweet and innocent Julia Mitchell enrolls as his graduate student, his attraction and mysterious connection to her not only jeopardizes his career but sends him on a journey in which his past and his present collide.

An intriguing and sinful exploration of seduction, forbidden love, and redemption, "Gabriel's Inferno" is a captivating and wildly passionate tale of one man's escape from his own personal hell as he tries to earn the impossible...forgiveness and love.

Thoughts: This is another one that I think I only added due to the fact that everyone else was. 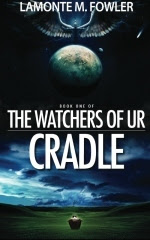 From before the Dawn of Man, good and evil have battled on the Earth. As humans progressed from Eden to the skies and to space, Azrael watched over humanity — teaching, guiding, and protecting the Children of Earth.

The Enemy, imprisoned on Earth for their rebellion, carry out the Master’s plan to end their bondage and take the war to a new front — a pristine ‘cradle’ world where suffering and war are not known. Using the Emperor of Earth and the resources of his vast empire to build mankind’s first starship, the Enemy weaves a plot that spans generations and threatens two sentient races.

In Book One, Azrael enlists Father Bożydar Joffre, a Jesuit priest, and Kavan Ferre, a brilliant physicist, to prevent the Enemy from escaping to the stars. Joined by an unlikely group of space pirates, Azrael leads an epic race across the solar system to halt the Enemy before their great migration can begin.

THE WATCHERS OF UR: CRADLE will take you from Earth to Mars, Europa, Titan, and beyond on an epic journey filled with fast-paced action, gripping human drama, and stunning glimpses of the future of Mankind.

Thoughts: That whole synopsis was beyond confusing and I read through it twice. 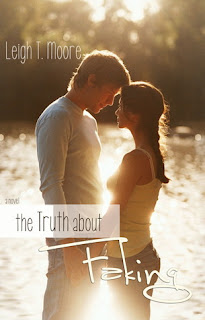 When Harley and Jason decide to fake date, they uncover a school of deceptions. Trent's got a secret, but so does Jason. And the more time Harley spends secretly kissing her fake boyfriend, the further she gets from her dreams with Trent.

Worst of all, Harley's mom is getting cozy with her hot massage therapy student, and even Harley's Reverend Dad can't fake not being bothered by it. But when the masks finally come off, can everyone handle the real truth?

Thoughts: Ummm yeah no I don't think this is for me. As much as I enjoy a lot of fake relationship tropes I don't think they're really for me since I find them to be predictable.

Overall: Tossed them all!!

Holy smokes everyone I can't believe I tossed them all this week.


Well, how'd I do this week? Did I toss any unnecessarily?
Posted by Reese's Reviews at 12:00 AM