Blog Tour: From the Darkness, Dragons' House Book One 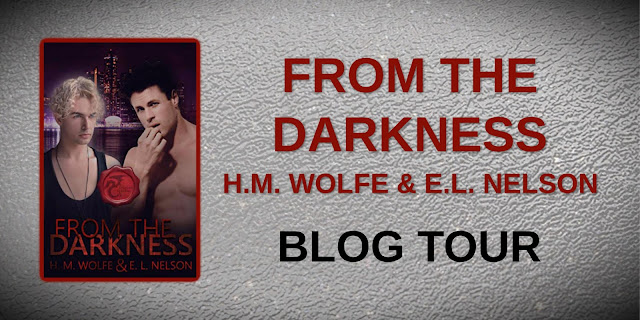 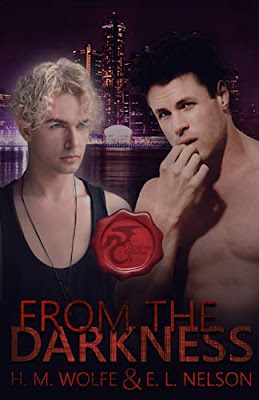 Daniel Fenelli is a man haunted by nightmares of a past he doesn’t remember. Distrustful impulsive cold. Daniel is a man of contrasts. He is also vulnerable, loving and warm.


When his adoptive father, the respectable Detroit businessman and Mafia don, Giuseppe Fenelli, informs him about his plans to ally with the most powerful crime-fighting organization, the Dragons’ House. Daniel has an odd feeling about the whole thing.

Tarquin Ballard is a computer wizard working for the special team as the leader of the Dragons’ House’s cyber squad. A lonely, shy boy, he doesn’t see himself worthy of love. The horrible experiences of his past left wounds running deep in Tarquin’s soul and a heavy burden on his fragile shoulders

When the alliance between the organizations they belong to bring Daniel and Tarquin together, they are instantly attracted to each other. But as the intensity of their feelings grows, the secrets of their past threaten to destroy the romance budding between the two men and dark forces conspire against them.

Will Daniel and Tarquin end up crushed under the weight of all the secrets surrounding them? Or will they find in each other the power they need to rise from the darkness?

H.M. lives with the coolest Mom in the Universe and a fat, gay, submissive tomcat. She loves writing stories about boys and men who love, cherish, respect and protect, other boys and men.

E.L. is an introverted, single mother and grandmother living with her furbaby Mortimer Mouse in the Rocket City USA. It’s where her love of all things space history and science is satisfied with the Space and Rocket Center and Marshall Space Flight Center. She hopes one day to see man travel to the stars like in her favorite TV shows of Dr. Who, Firefly and Star Trek. In the meantime, she loves to dive into the world of MM books, reading whatever she can get on her Kindle and interacting with her tribe of people on Facebook.

LIP SERVICES PR
@LIPSERVICESPR
Posted by Reese's Reviews at 12:00 AM