ARC Review: With Every Breath by Maya Banks 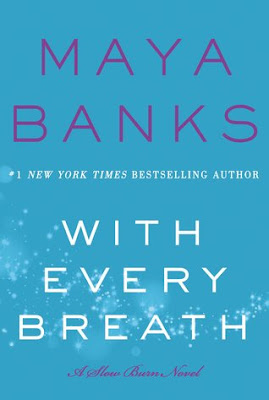 Blurb:
#1 USA Today and New York Times bestselling author Maya Banks continues her suspenseful and sizzling Slow Burn series with this fourth book—a mesmerizingly sexy tale of a strong, brilliant woman who encounters the one man who makes her lose all control.

Eliza Cummings fought free of a monster who terrorized her when she was an innocent teenager and helped put him away for good. She took a job with Devereaux Security Services and devoted every hour to taking down the very thing she’d nearly become. No one, not even those closest to her, know her darkest, shameful secrets. But now the killer has been set free on a legal loophole and it’s only a matter of time before he comes for her. Eliza's only choice is to run and lead the monster away from the people she loves.

Wade Sterling has always lived by his own rules, a law unto himself who answers to no one. He’s never professed to be a good man, and he’s definitely not hero material. Wade never allows anyone close enough to see the man behind the impenetrable mask—but one woman threatens his carefully leashed control. He took a bullet for her and the result was more than a piece of metal entrenched in his skin. She was under his skin and nothing he did rid himself of the woman with the courage of a warrior and who thinks nothing of putting her life before others.

But when Wade sees a panicked and haunted Eliza he knows something is very wrong, because the fool woman has never been afraid of anything. And when she tries to run, the primal beast barely lurking beneath his deceptively polished façade erupts in a rage. She may not know it, but she belongs to him. This time, Eliza isn't going to play the protector. She was damn well going to be the protected. And as long as Wade breathes, no one will ever hurt what is his.


My Review:
This was the first book I have ever read by Maya Banks and all I must say is, what the heck took me so long? Oh, my goodness Maya Banks is an amazing writer. A little side note to this story was I got it for a review, but I didn’t know it was a part of a series. So, a lot of the story had chunks missing from it since I was starting on book four.

Eliza Cummings is a badass woman who works for a security service. One day she finds out the man she sent to jail is being released. No one on her team and even her closest friends knows what she’s going through. Eliza changed her identity and got a new life and didn’t want to bring her past into her present. So, knowing what she knows about the man she put away she leaves her job with no trace and sets out to kill the man who has tortured her dreams for a long time. The only problem is Wade Sterling a man that Eliza has never gotten along with. Wade knows that something is going on with Eliza and so he tracks her down and does everything he can to help her.

I really enjoyed With Every Breath. Both Wade and Eliza were both really strong characters that I grew to adore throughout the book. Wade likes Eliza and loves pushing her buttons. He’s the first one to even notice something was bothering Eliza. I liked the whole dynamic and how neither Eliza nor Wade gave up on each other and constantly pushed each other even after they got together.

I won’t go into too much about this book, but there is a paranormal element I wasn’t expecting. I think if I had read the first book you know first and the rest of the books in order, the story would have made more sense. Never the less I really enjoyed this story and I have gotten ahold of the other books in the series. Hopefully, I can read those lovelies soon.

With Every Breath has an amazing and complex story. Sacrifice, love, sexy alpha males, badass women and a paranormal aspect that’s surprising. I enjoyed the pacing and felt like the book had some definite slow and fast moments. I loved how surprised I was during some scenes and plot points in the story. I can’t wait to read the rest of the series. 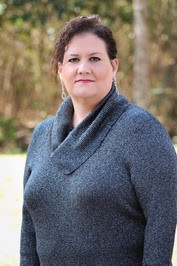 My name is Maya Banks, and I live in Texas with my husband and three children and our assortment of pets. I’m more of a cat person, but my daughter became convinced she NEEDED a dog. So convinced in fact that it became her mission to convince her father and me. She prepared a two-page handwritten proposal that detailed WHY she needed a dog, and well after I sent her to her father (I knew he wouldn’t tell her no) we embarked on the search for the perfect dog. The journey that was two hours away and that I got pulled over for speeding while I was on the phone with my agent who had an offer from a publisher for one of my books… The officer wasn’t impressed. He wrote me a ticket anyway. Thus, I now tell my daughter that her dog turned into one very expensive concession! But isn’t he cute?

When I’m not writing, I love to hunt and fish with my family. We all love the outdoors and go on family hunting trips every year. We also love to travel. One of our more recent trips was to Scotland, which was every bit as comical as National Lampoon’s European Vacation. You know the part about “Look kids, Big Ben, Parliament” as they went round and round the roundabouts? Yeah, that was us, only we couldn’t even get out of the airport in Glasgow without hitting three of those suckers.

Perhaps the most rewarding aspect of a writing career is getting to meet so many wonderful readers. There’s nothing better than dishing books with someone who loves the romance genre as much as I do. Romance readers are passionate and vocal. We love our books, love our happily ever afters, and we love to spend time talking to others about our favorites. THIS is why I love my job so much, and I’m so grateful to readers who gave ME a chance when I began my career. So thank you.