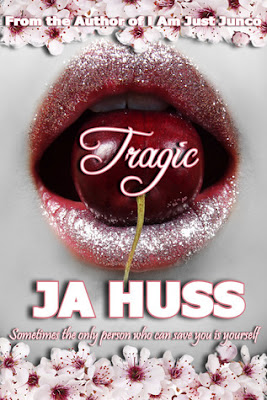 Rook got a second chance.

And she took it. Because when fate throws you a bone – you grab it with both hands and run.

Antoine Chaput knows the minute he spies Rook in his photography studio that she’s got The Look. The dark and desperate look he must have to land the exclusive TRAGIC media contract.

Rook is paired up with top model, Ronin, and he’s everything her abusive ex-boyfriend wasn’t. Patient, gentle, happy, attentive, and sexy! He knows exactly what to do to make Rook blush for Antoine’s camera.

Rook’s luck changes in an instant and suddenly she’s the darling of the modeling world. It’s a dream job to go with a dream guy and all she has to do is look pretty and follow directions. But there’s always a price to pay – and Rook is about to get the bill.


My Review:
I have such mixed feelings about Tragic. I grabbed this book due to being a huge blogger. I mean if you’ve been on a few thousand blogs and they all swear by J.A. Huss. So naturally, I had to check these books out.

Tragic that’s pretty much what Rook’s life is until she walks to get a coffee with the last bit of money she has and runs into models who throw away a card. Showing up without any possession, and dirty the photographer takes one look at her and knows she’s perfect. Now she’s living in her own apartment, her rent and food is free and she’s got a small crush on Ronin, the model she’s paired with.

Ronin was kind of a weird character to me. He’s kind of cold to me in a lot of ways and seems to manipulate Rook a lot thinking she can’t handle anything. He’s kind of controlling in a lot of ways. I didn’t get a good sense of who he was or why he was going things and I never felt like he was a real main character even though he was given his own POV’s. Everyone in Ronin’s life was… in the book they’re important, but I never got a sense as to who they were nor their motivations. Rook was an alright character, I understood her character better than I did the others, but although her modeling career was a huge aspect of this story, her career didn’t really go anywhere. She puts in like no effort, she thinks everything is a ploy to get her to do something, she’s not trusting, some of it I got and some I didn’t.

I guess I’m trying to say Tragic was a bit Tragic for me in that I didn’t feel too much for this story. I didn’t feel much for the characters, and it just seemed like a really flimsy story to support hot sex scenes. I will try and read the next book and hope it gets better. 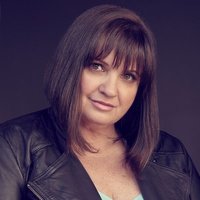 J.A. Huss never wanted to be a writer and she still dreams of that elusive career as an astronaut. She originally went to school to become an equine veterinarian but soon figured out they keep horrible hours and decided to go to grad school instead. That Ph.D. wasn’t all it was cracked up to be (and she really sucked at the whole scientist thing), so she dropped out and got an M.S. in forensic toxicology just to get the whole thing over with as soon as possible.

After graduation, she got a job with the state of Colorado as their one and only hog farm inspector and spent her days wandering the Eastern Plains shooting the shit with farmers. After a few years of that, she got bored. And since she was a homeschool mom and actually does love science, she decided to write science textbooks and make online classes for other homeschool moms. She wrote more than two hundred of those workbooks and was the number one publisher at the online homeschool store many times, but eventually, she covered every science topic she could think of and ran out of shit to say.

So in 2012, she decided to write fiction instead. That year she released her first three books and started a career that would make her a New York Times bestseller and land her on the USA Today Bestseller’s List eighteen times in the next three years. Her books have sold millions of copies all over the world, the audio version of her semi-autobiographical book, Eighteen, was nominated for a Voice Arts Award and an Audie award in 2016 and 2017 respectively, her audiobook Mr. Perfect was nominated for a Voice Arts Award in 2017, and her book, Taking Turns, was nominated for an Audie Award in 2018. Johnathan McClain is her first (and only) writing partner and even though they are worlds apart in just about every way imaginable, it works.

She lives on a ranch in Central Colorado with her family.