Review: Silence in the Shadows by Courtney Allison Moulton 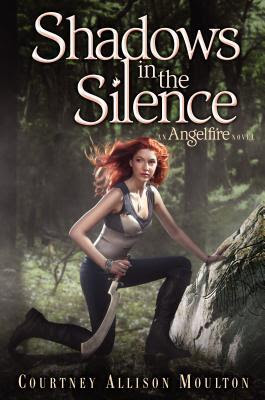 Blurb:
In the final installment of the stunning Angelfire trilogy, Courtney Allison Moulton brings her dark and compelling world of epic battles and blistering romance to a blazingly bright conclusion.

The ultimate battle for Heaven and Earth against Lilith, Sammael, and the armies of Hell will be a struggle to win—and even survive. As the Archangel Gabriel, Ellie knows that the darkest and toughest moments are still to come, but she has everything to fight for: for Will, for humanity, and to save herself.

Full of cinematic, gripping action and blistering battle scenes, as well as epic romance, Shadows in the Silence is perfect for fans of Kelley Armstrong, Cynthia Hand, and Lauren Kate.


My Review:
I have a huge aversion to endings. I can’t stand endings for books for so many reasons. Sometimes the ending can make or break a series and I always worry the ending will suck and taint the whole series for me. Shadows in the Silence did not disappoint and I eternally grateful to the author for making a tremendous ending.

At the end of the last book, Will was brutally injured was almost killed. In the final book, Ellie goes off to find a way to cure him before he dies. Ellie goes off with Caden Will’s brother to find out the secrets to becoming her “true self” again aka Gabriel for the final showdown against the Demons. Now I’m not going to tell you if you don’t already know what happens to Will or any other characters, but I will say I loved the ending and I don’t think readers will be disappointed.

Ellie is such an amazing character. Throughout these stories, she’s been faced with who she used to be with who she is. Year after year being reborn into a human body has changed a good amount of who Ellie has been. She’s been cold almost heartless Archangel to a normal girl who wants to hang out with her friends, and who must split her time applying for colleges and saving the world from Reapers every night. Ellie’s life is seriously one of the reasons I have always been drawn to YA novels. They simply make me feel better when my life feels like it’s going to complete crap, I can pick up a story and say, “thank goodness I don’t have to save the world, on top of doing all this homework.” Honestly, the Angelfire Trilogy is the epitome of that trope for me. I love and admire how hard Ellie works to protect those she loves and how much she’s always willing to give of herself for them time and time again.

I loved Shadows in the Silence. I think it was an amazing story. I didn’t feel like this story tried to take an easy way out and have everything and everyone be okay in the end. I think for this story where characters have been dying and fighting it would have been unrealistic and I like that the author didn’t do that. People die, and hard choices are made. Realizations that are painful to see were revealed in this story and I enjoyed how the characters didn’t shy away from that. I also love how there was no love triangle. There easily could have been but I feel we came so far with Will and Caden and I liked how there were friendships grown and it wasn’t just an “I can’t choose which brother” type of thing. Ellie knows who she loves and she never strays from that.

I seriously loved this book. This is definitely a series I am going to want to re-read time and time again. Courtney Allison Moulton did a fantastic job crafting this trilogy and I can’t wait to see what she does next. 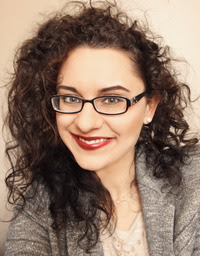 I was born in Austin, Texas on August 18, 1986. My cherished ethnicity has blessed me with unique features and beloved history. I identify as Mediterranean as my father’s family is Southern French and my mother’s side is a lush blench of Sicilian, North African Algerian-Amazigh, Syrian-Lebanese, and Greek. I struggled with my identity throughout my entire childhood, feeling like I didn’t belong anywhere. This struggle sparked an obsession with Ancient Mediterranean civilizations in search of where I came from. My childhood and teen years were well-spent at horse shows and I grew up on a Northern Michigan lake. My voracious reading habits started with Goosebumps books, Nancy Drew mysteries, and world history books. If I weren’t an author, I would be a paleontologist or archaeologist, because I love the old things about this world, but instead about heroines who have way more exciting lives than my own. In November 2008, when I was 22, my first attempt at NaNoWriMo resulted in my first novel ANGELFIRE. The next year, my agent sold my trilogy to Katherine Tegen Books, an imprint of HarperCollins. ANGELFIRE released in February 2011 and the rest is history! (Have I mentioned I love history??) My favorite part of writing is the research and I tend to get obsessive over topics. I love to write about magic, monsters, parallel worlds, history, romance, and snarky/violent immortals.