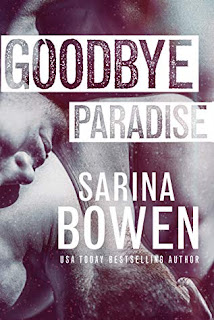 
Blurb:
Most people called it a cult. But for twenty years, Josh and Caleb called it home.

In Paradise, there is no television. No fast food. Just long hours of farm work and prayer on a dusty Wyoming ranch, and nights in a crowded bunkhouse. The boys of the Compound are kept far from the sinners’ world.

But Joshua doesn’t need temptation to sin. His whole life, he’s wanted his best friend, Caleb. By day they work side by side. Only when Josh closes his eyes at night can they be together the way he craves.

It can never be. And his survival depends on keeping his terrible desires secret.

Caleb has always protected Josh against the worst of the bullying at the Compound. But he has secrets of his own, and a plan to get away — until it all backfires.

Josh finds himself homeless in a world that doesn’t want him. Can Caleb find him in time? And will they find a place of safety, where he can admit to Josh how he really feels?

Warning: Contains a hot male/male romance, copious instances of taking the Lord's name in vain, and love against the kitchen counter. This book was previously released under the title: In Front of God & Everyone.


My Review:
Goodbye Paradise has been one of my favorite books this year. Sarina Bowen is an amazing author and I love her M/M novels. When I found out this book was being released and read an excerpt I was counting down the days to get my hands on a copy. I pre-ordered it and when it came in an hour before midnight I knew I couldn’t touch it. So, I went to class all the while thinking about reading this book. I came home and just blew through this book. I read it in one sitting. I didn’t stop to eat, skipped homework, and everything else. I think the only time I stopped reading was when my doggy had to go outside. Start to finish this book was amazing. The story is unique and the writing, as I guessed it would be was absolutely amazing.

Goodbye Paradise is about two best friends Joshua and Caleb who were raised in a cult called “Paradise.” Joshua has been bullied his whole life for being “gay” and a slacker at working even though he’s never confirmed if he was gay since that would be illegal. One day a day comes and Joshua gets kicked out of Paradise. He knew it was coming, but he doesn’t know what to do. He
S had no contact with the outside world, no money, ID, or birth certificate. When his best friend and crush Caleb shows up in the town Joshua got dropped off in Joshua knows everything will be alright.

Now while I knew this was going to be a romance and an M/M one at that I had no idea where this was going to go. I figured Caleb would be the one to end up with Josh, but I wasn’t sure. The two of them were so cute. Josh had been bullied his whole life, and meant to feel like his feelings towards his best friend was wrong. Caleb has a different take on their experience and he didn’t want to stay in Paradise, especially without Josh. They were super cute and while as a reader I kind of felt like Caleb was into Josh, it’s a little bit of a surprise as well which was awesome.

So much other stuff happens in this book but I don’t want to spoil. There are some very hot M/M scenes in this story. I loved the characters from start to finish and loved how the story was broken up. The story goes over Josh’s story and then the next section goes into Caleb’s POV. So, there are large sections that are just Josh and then large sections of just Caleb.

I could go on and on about how amazing this story is. There is a lot in this story dealing with religion, love, friendship, and what it means to be a family. I loved this story so so much and cannot wait to read the next story. 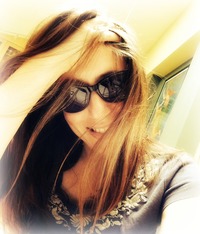 Sarina Bowen is the RITA® Award-winning author of over thirty contemporary novels. She most recently hit the USA Today bestseller's list in January, with Overnight Sensation. Formerly a derivatives trader on Wall Street, Sarina holds a BA in economics from Yale University.

Sarina Bowen is a New Englander whose Vermont ancestors cut timber and farmed the north country since the 1760s. Sarina is grateful for the invention of indoor plumbing and wi-fi during the intervening 250 years. On a few wooded acres, she lives with her husband, two boys, and an ungodly amount of ski and hockey gear.

Sarina's books are published in a dozen languages on four continents. In 2016, The Romance Writers of America honored HIM by Sarina Bowen & Elle Kennedy with a RITA award for Best Contemporary Romance, Mid-Length.