Today we have the blog tour of SOUR by Jennifer Woodhull! Check it out and grab your copy now! 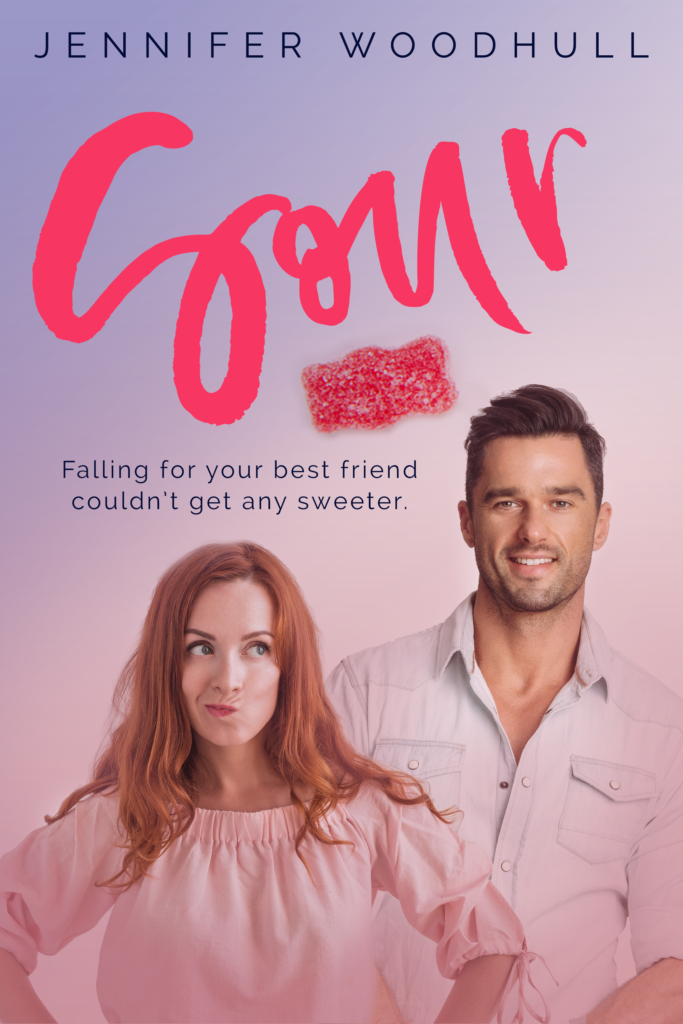 Tall, handsome, and eternally optimistic Noah has dated a string of gorgeous women. His best friend Elle has outlasted them all. Of course, he has no idea she's been in love with him for years. Why would he? It's not like she's going to tell him. After all, she's short and awkward, and as he's fond of reminding her, has a sour disposition.


When Elle takes off on her annual ten-day vacation with her family, Noah comes to a startling realization. She's the woman who is by his side day in and day out, whose office is across the hall, and whose house is around the corner. She has called him on his shit when he gets too cocky, and he has held her in her arms when her heart was broken. Absence must make the heart grow fonder because while she's in Germany with her parents, he realizes that everything he has ever wanted was right there all along. Now he's on a mission to make her realize that romance won't ruin their friendship, but platonic friendship is ruining their relationship. 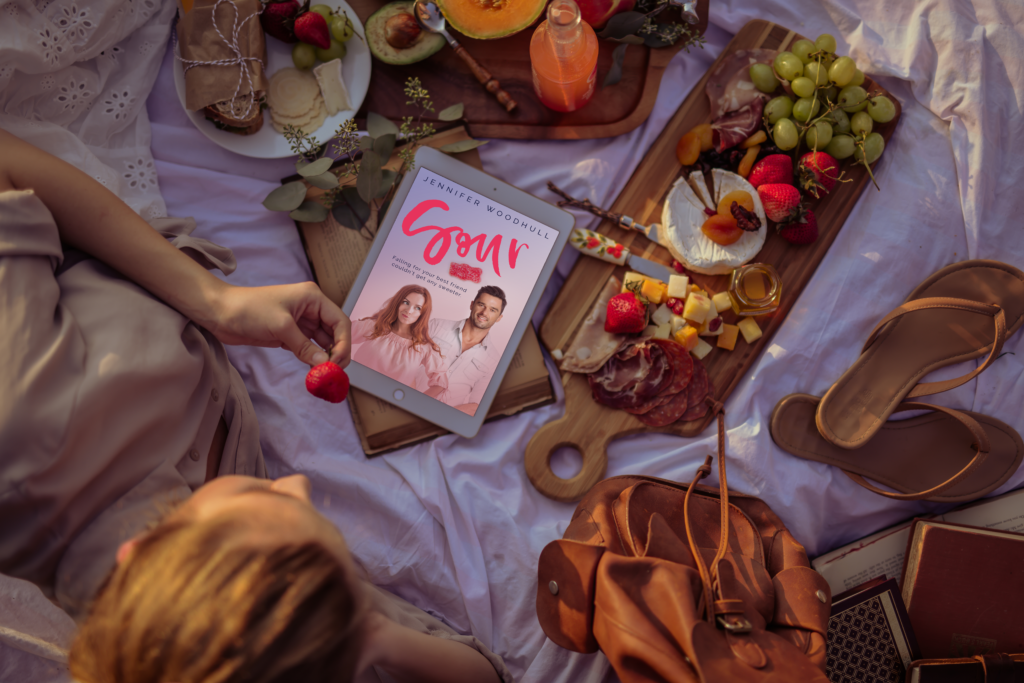 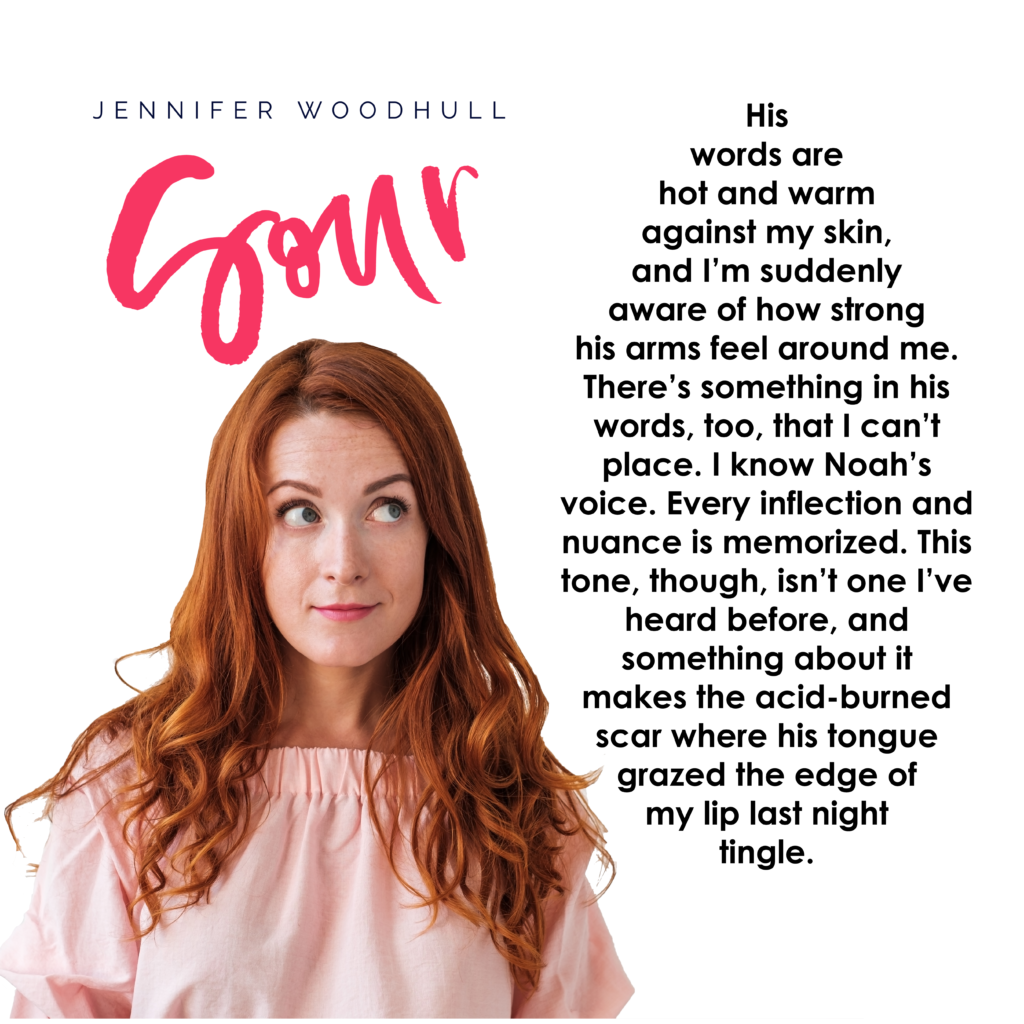 My Review:
When I saw that Jennifer Woodhull was coming out with another book this year I squealed. I was so excited after reading her earlier release this year In Other Words (Review HERE). Loved that story and I couldn't wait to read more from her.

Elle and Noah have known each other for a long time. They've been best friends since college and have been through it all together. When Elle's latest boyfriend dumps her and she runs to Noah for comfort, it changes everything for both of them. Now Noah is trying to convince Elle that they're meant for each other and Elle is running, afraid that everything her ex told her is true and that Noah will get bored of her.

I liked Noah and Elle's love story. It was very cute, down-to-earth, and relatable. Noah was my absolute favorite character in this story. Especially with his great love of sour gummies! I felt for his character and found myself rooting for him the whole story.

Sour was a very funny and engaging read. If I had any complaints it would be Elle. Her character
makes some decisions that honestly had me so frustrated. I was very annoyed with how she was acting. It honestly made no sense to me. I don't want to spoil anything, but seriously it got a bit old after a couple of chapters. I understood where some of it was coming from, but honestly, it just got old very quickly for me.

Sour is a cute read about two best friends falling in love. The pacing of this story was really well done. Despite the annoyingness of Elle, I enjoyed the characters for the most part. The story while not completely original, did some fun and interesting things that put a twist on an already amazing trope. 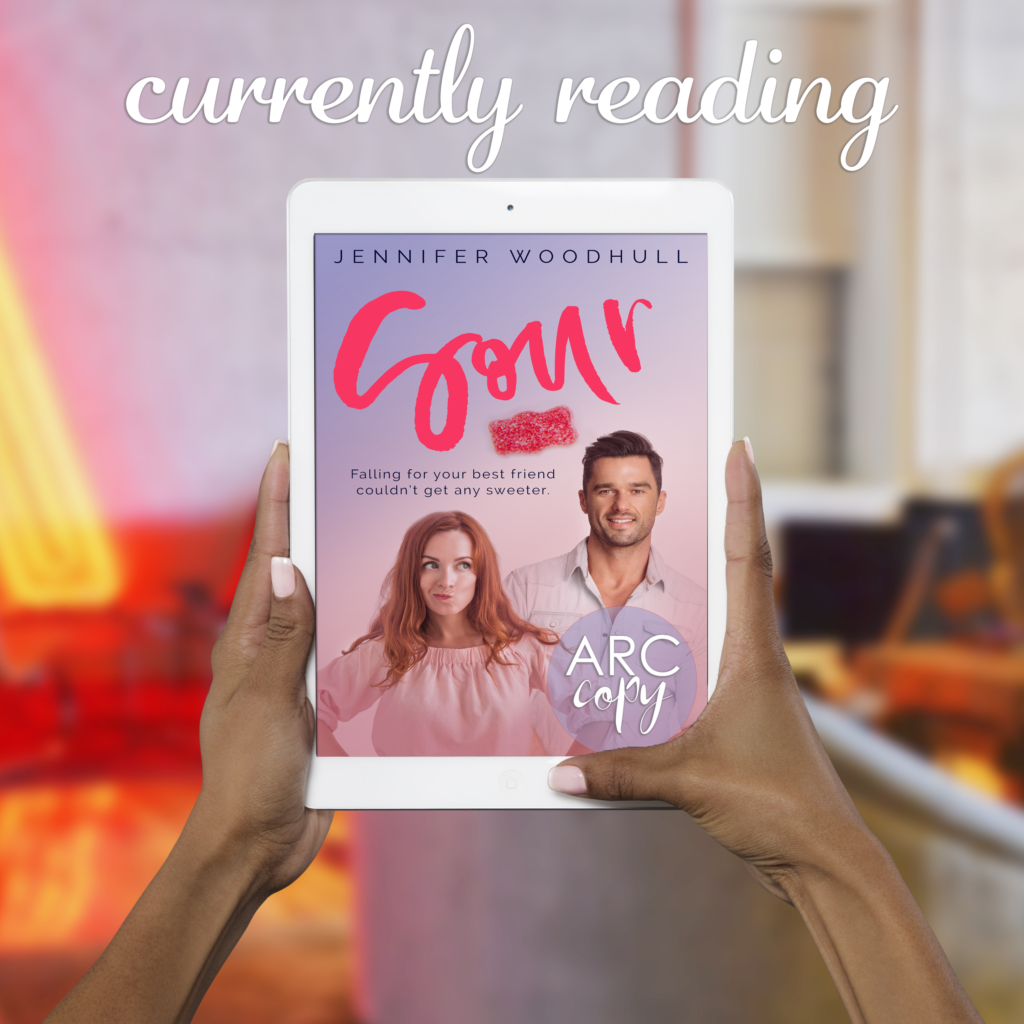 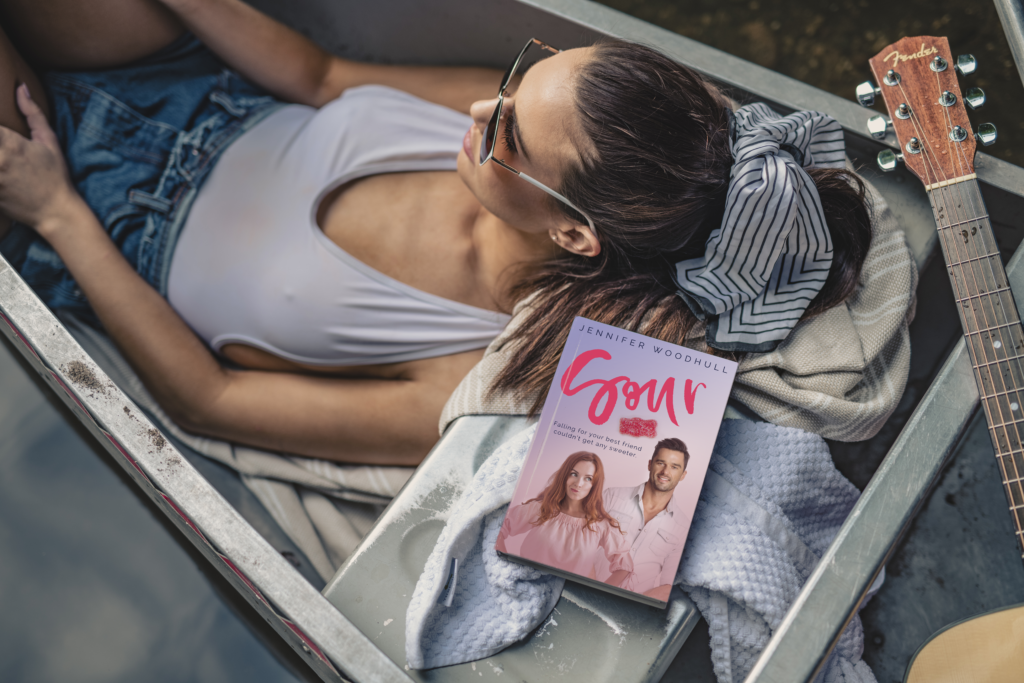 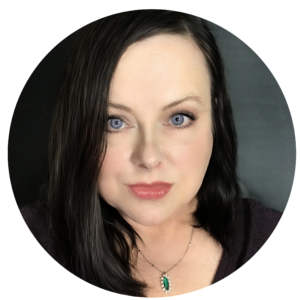 We all need moments of escape. With all the demands on us day in and day out, we each need something just for ourselves. Perhaps nothing provides a private moment - a brief respite from every day - like escaping into a great story. When you pick up one of my books I hope you find that place that you can escape to. Explore the streets of Paris with new heroines or fly around the world to reclaim your lost love with a favorite hero. Whether it's the romance that takes your breath away or those climactic encounters that make your pulse race, I hope you find that solitary moment of enjoyment while lost in one of my stories.