Review: Men of the Otherwold 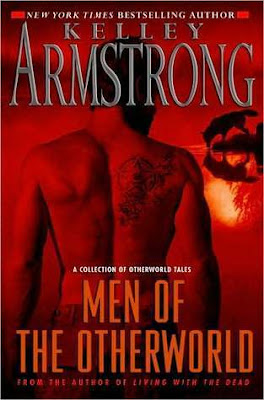 
Blurb:
New York Times bestselling author Kelley Armstrong has captivated readers with her spellbinding Women of the Otherworld series. In this collection of four tales, she gives equal time to the men who love these sexy, supernatural women—men who live on the wild side.

As a curious six-year-old, Clayton didn’t resist the bite—he asked for it. But surviving as a lone child-werewolf was more than he could manage—until Jeremy came along, taught Clayton how to straddle the human-werewolf worlds, and introduced him to the Pack. So begins this tantalizing volume featuring three of the most intriguing members of the American Pack—a hierarchical founding family where bloodlines mean everything and each day presents a new, thrilling, and often deadly challenge. For as he grows from a wild child to a clever teen who tests his mentor at every turn, Clayton must learn not only to control his animal instincts but to navigate Pack politics—including showing his brutal archnemesis who the real Alpha is.


My Review:
I have a big love of Kelley Armstrong since reading her YA books and when I found out her Bitten show was becoming a show on the Sci-fi channel I wanted to check out her Bitten series books. After reading those and then the new wave of dual POV books were coming out I am constantly craving both the lead female and male perspective. So finding out Kelley Armstrong came out with Clay’s story I was so excited.

In Bitten you may be aware of the history behind who Clay is and how he works in the context of Bitten series. Clay lived in a trailer with his mom and dad and one day he meets a man who can change into a wolf. The werewolf bites him and Clay kind of forgets how to be human and lives on his own for probably a couple years. He loses his comprehension of human ways, his family, who he is outside of the wolf and lives as a wolf for years. Then he is found by Jeremy who tries to look after him, he slowly introduces Clay to coming back into the human and werewolf world.

Men of the Otherworld was eye-opening for me. In the books with just Elena’s POV we know that Clay lived out by himself, but to actually get his perspective on the perspectives and see how different he was from other wolves because of that experience was fantastic. I loved being inside Clay’s head and it was awesome to read about how he got too crazy psychopath reputation he has when we meet Elena. I found Clay to be insanely intelligent and I loved this story. I can’t wait to grab the other ones about him.

Since I haven’t finished the series with Elena or the other characters I didn’t know all that happened in the other sections of the story, but they were interesting since I liked reading from Jeremy’s POV as well.

If you haven’t watched Bitten or read the books, this story beyond Clay’s story will be confusing to you. Otherwise, Clay’s story is a great addition to the Otherworld world. 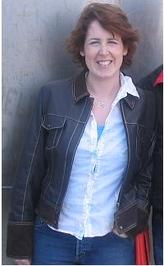 Armstrong has been telling stories since before she could write. Her earliest written efforts were disastrous. If asked for a story about girls and dolls, hers would invariably feature undead girls and evil dolls, much to her teachers' dismay. All efforts to make her produce "normal" stories failed.

Today, she continues to spin tales of ghosts and demons and werewolves, while safely locked away in her basement writing dungeon. She's the author of the NYT-bestselling "Women of the Otherworld" paranormal suspense series and "Darkest Powers" young adult urban fantasy trilogy, as well as the Nadia Stafford crime series. Armstrong lives in southwestern Ontario with her husband, kids, and far too many pets.