Today we have the blog tour for Amanda Marin’s North to Nara! Check out this great new dystopian romance and grab your copy today! 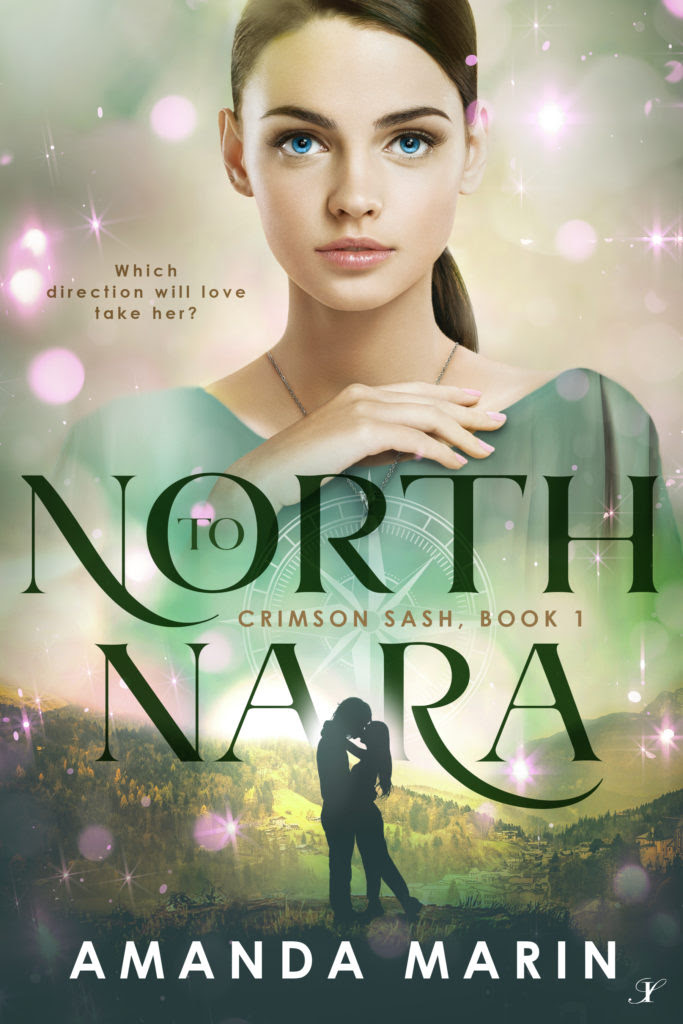 About North to Nara:

Neve Hall has always admired the good works of the civil servants who brought prosperity back to the Nation. She especially respects the Sufferers—empaths who, with the help of technology, anonymously bear others’ troubles for them. But when her assigned empath is abruptly retired, she uncovers certain secrets. Like the identity of her new Sufferer, Micah Ward... and the fact that behind his kind smile is a life filled with loneliness and pain.

The closer Neve grows to Micah, the more desperate she becomes to protect him from a cruel and gruesome fate. But in a world where only a few are allowed the luxury of love, saving Micah comes with a price: Neve must choose between her loyalty to the Nation or her heart—a decision that will take them both on a race for their freedom, and their lives. 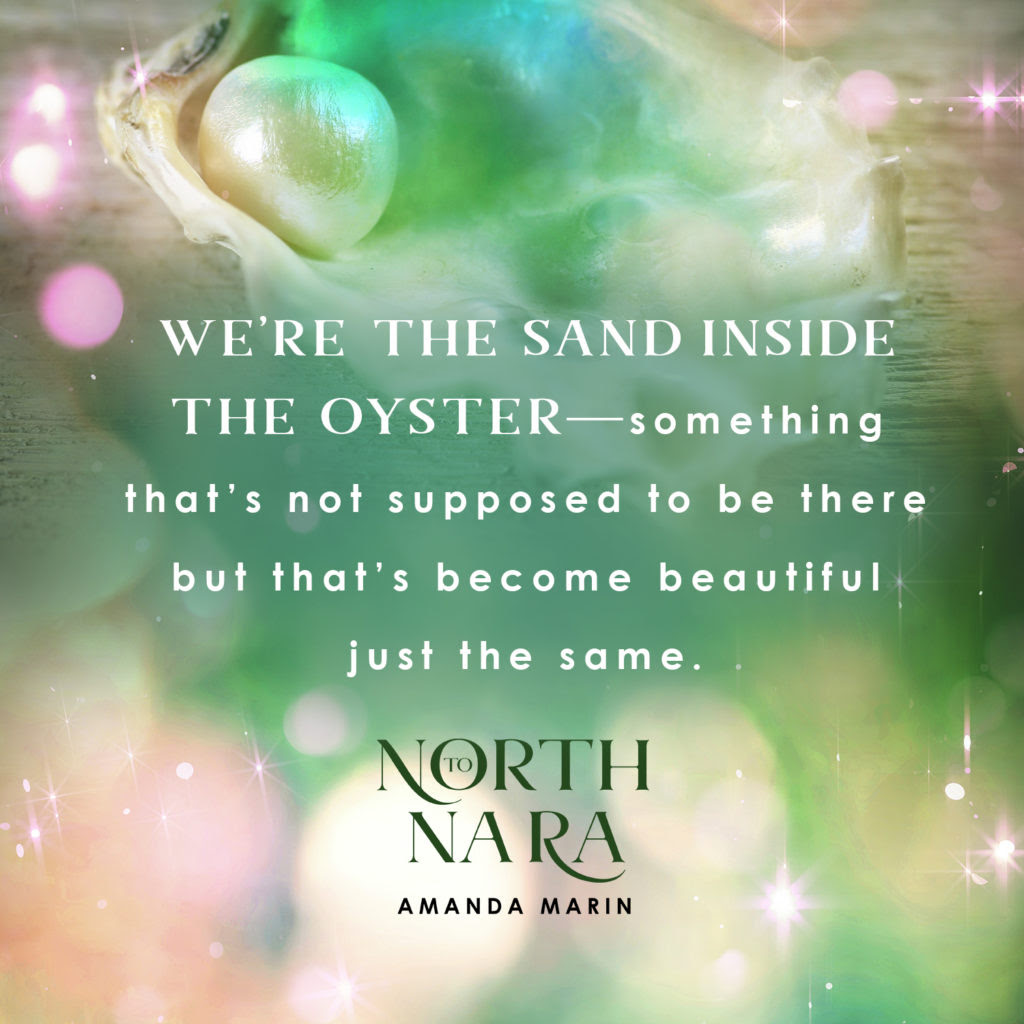 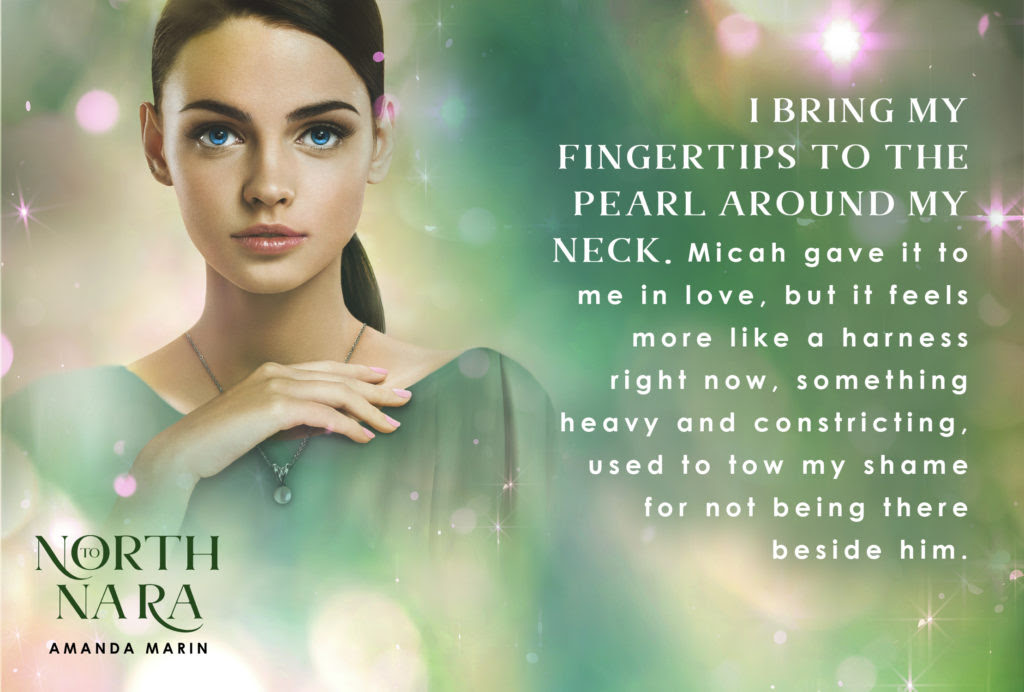 Love Is Always Enough: A Character Interview with Neve Hall
Meet Neve Hall, the narrator of North to Nara. She’s 17, enjoys nature and animals, has a promising future working at the local museum… and is in love with the one person forbidden to her: Micah Ward, her Nation-assigned Sufferer. When following her heart is an act of treason, she’s forced to make one tough choice after another.

Q: What was it about Micah Ward that made you fall for him?
A: Micah is pretty much the exact opposite of my last boyfriend. Kael—my ex—wasn’t a good listener and could be selfish. I wasn’t a priority to him at all, and he really hurt me. I think that’s part of what drew me to Micah. He sees through to the real me, and he makes me feel safe. He loves me with his whole heart. If only all girls could date an empath!

Q: What was the scariest part of your adventure in this story?
A: Without giving anything away (of course!), there were so many moments where my heart was beating so fast I still can’t believe it didn’t burst. The obvious answer is toward the end, when Micah and I tried to escape the Nation. Yes, being chased through the mountains was definitely terrifying on the surface—but Micah and I were together, so it wasn’t the worst thing we went through. Instead, the most frightening time for me was when he was attacked during his sentencing. I thought he’d been killed. The idea of a world without him in it was horrifying.

Q: On a happier note, what was your favorite date with Micah?
A: We had to be pretty unconventional with our dates, since… you know… we were forbidden by law to see each other. There was a lot of sneaking around. A lot of close calls. That made everything more exciting, too. My favorite date with him, though, was just slow dancing together in his apartment on a rainy night. He played this old song from before the Nation was formed—“The Very Thought of You” by Billie Holiday. I didn’t expect him—this strong, distinguished guy—to do something sweet and vulnerable like that.

Q: What’s next for you and Micah?
A: We have a long road ahead of us before we can really have our happily-ever-after. For one thing, we’re on our own now, and we have to figure out how to survive in a completely different place, with no one to fall back on for help and a completely different language to learn. It’s intimidating, and everywhere we turn, the challenges keep racking up. We have each other, though, and I hope that’ll be enough. Love is always enough, I think.

The romance and adventure of North to Nara continues with its sequel, Sky to Sea, coming January 2020. 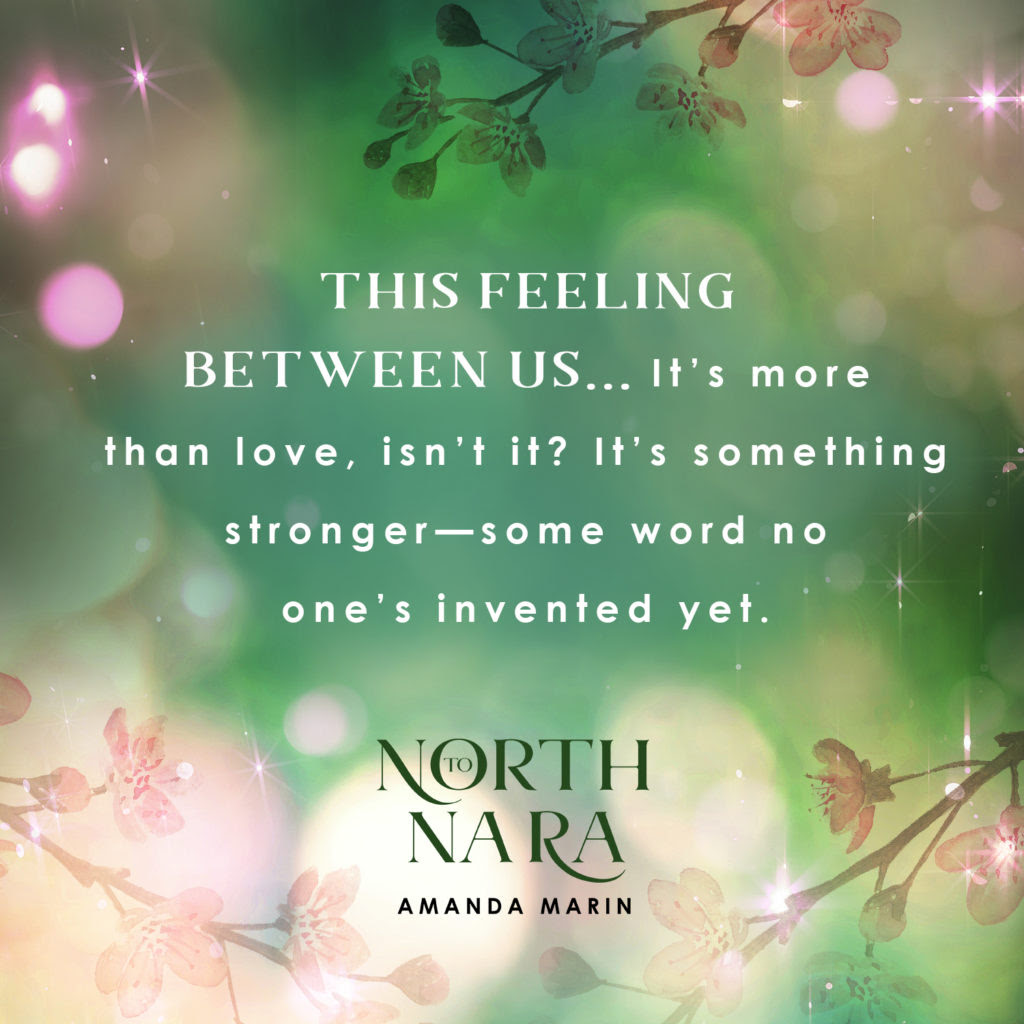 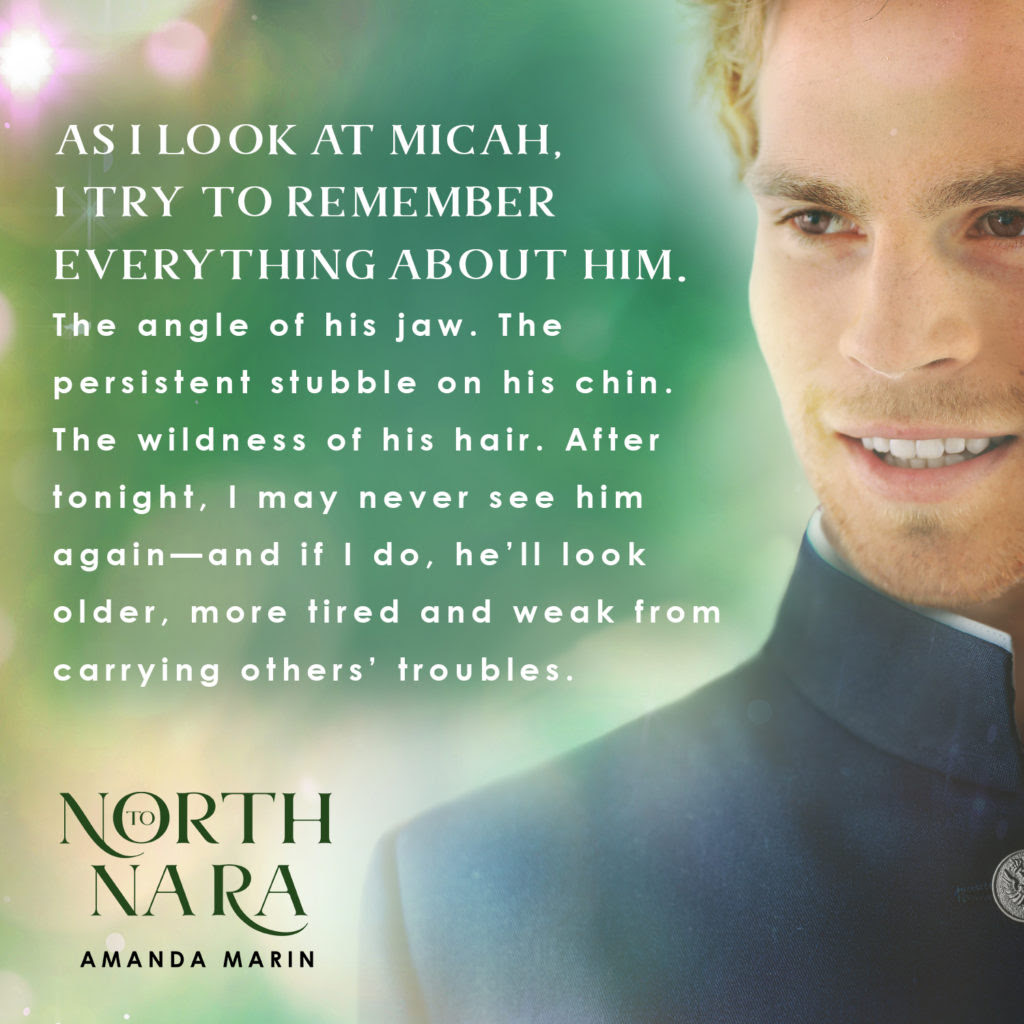 When Amanda was a child, her father traveled frequently for business, always bringing her back a book as a present. Whether she was getting lost in the pages of a tale about far-away knights, girls with supernatural powers, or kindly giants, she was quickly hooked on stories. Over the years, Amanda has followed her own yellow brick road of reading and writing, and although her adventures haven't involved sword fights or saving the planet from certain annihilation, they have involved jobs in scholarly publishing and marketing, a modest amount of travel, and a lifelong love of novels.

Amanda holds degrees in English from Salve Regina University and Boston College. Her favorite things include Starbucks lattes, lazy summer afternoons at the beach, and books with characters that make you go "awww." She lives in New Hampshire with her family and furbaby, Snickers the Poodle. 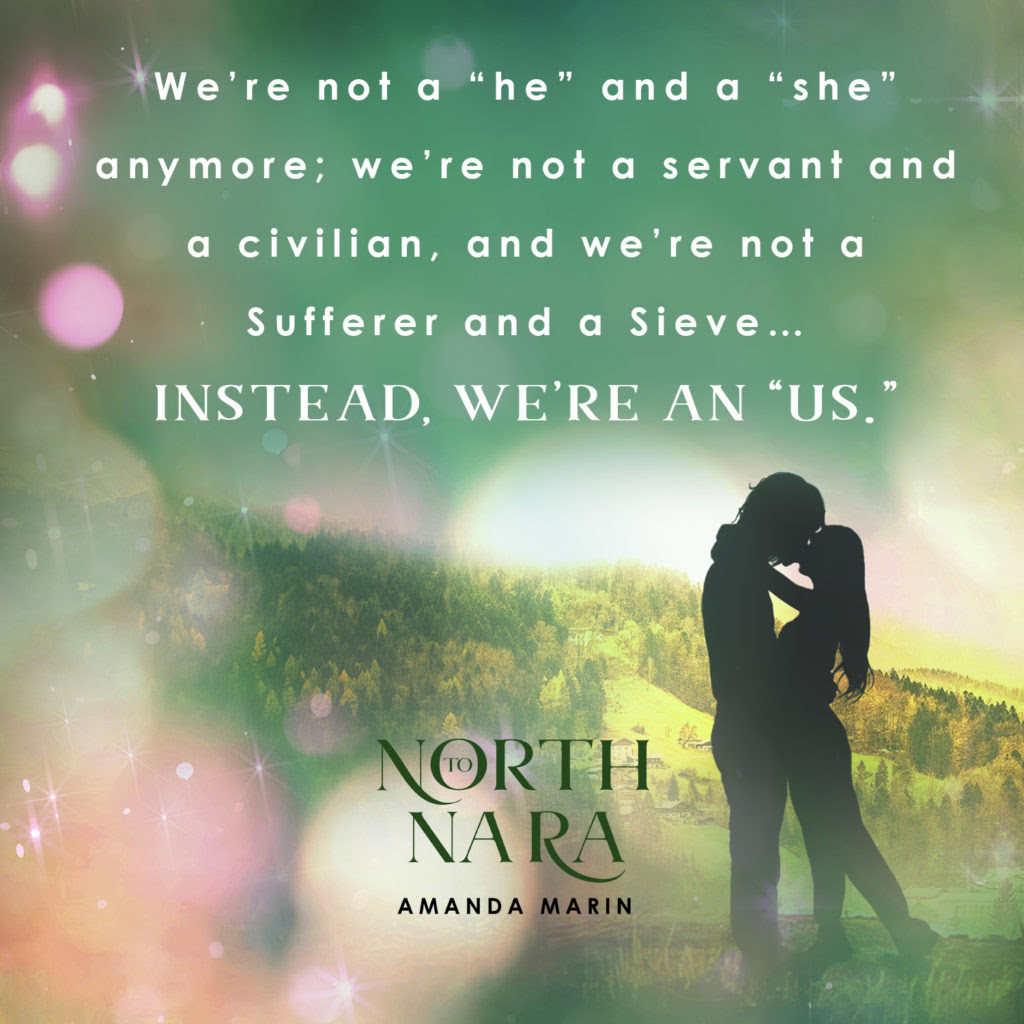 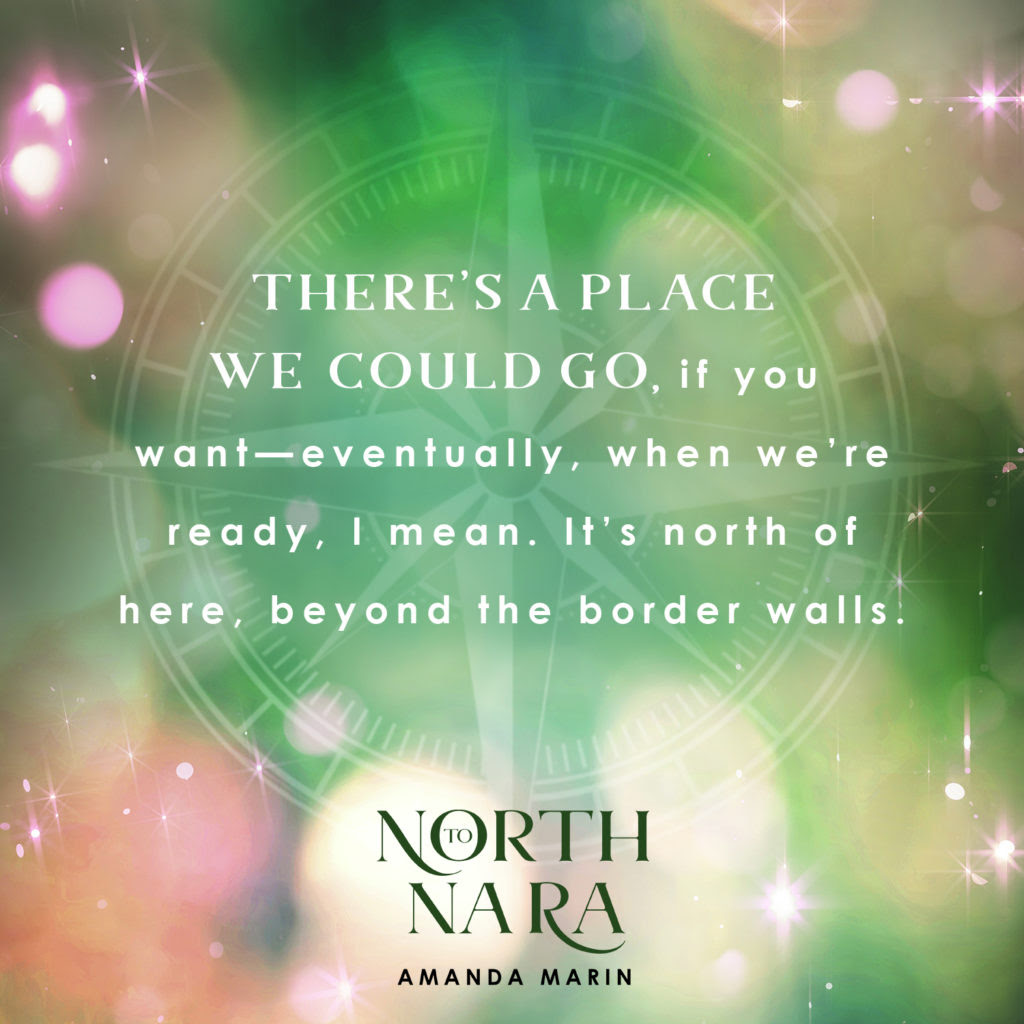