Lion, the future king of the lion prides in the U.S., only has thirty days to find his future queen and secure their fate. But Lion has his work cut out for him.

Jules has had it with shifters, and male lions in particular. She doesn’t need a man, even if he is a king, to mess up her life any more than her brother already has. Tired of being used and manipulated by her family, she’s not ready to roll over and think of England.


It’s a good thing Lion’s not a slam-bam-thank-you-ma’am, Tennessee man. Our king’s about to show his queen that while life can sometimes be a bit of a rollercoaster ride, the best thing you can do is lock in tight and throw your hands in the air—and live. 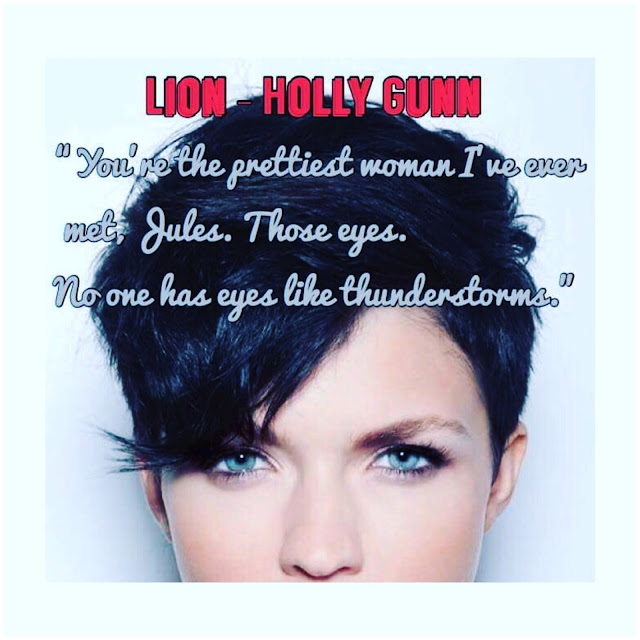 My Review:
Lion is a decent short read about finding love in someone else and yourself.

Lion has been marked to become an Alpha, but first, he needs to find a mate. When going out with his friends he finds her, behind the bar, and she wants nothing to do with him. Jules has been through the since her father died. Now the last four months she's been doing everything she can to pay off her brothers debt and keep everything together for her mother. She never expected to meet her mate, but she's completely over shifters. When they touch and seal the deal however, Lion will do everything he can to convince Jules he's the right choice.

Lion was an interesting read. I got confused a lot about who was who and what shifter was what which kind of took me out of the story at times.

The sexy scenes were very good and I enjoyed Jules and Lion finding themselves stronger both with and without each other. 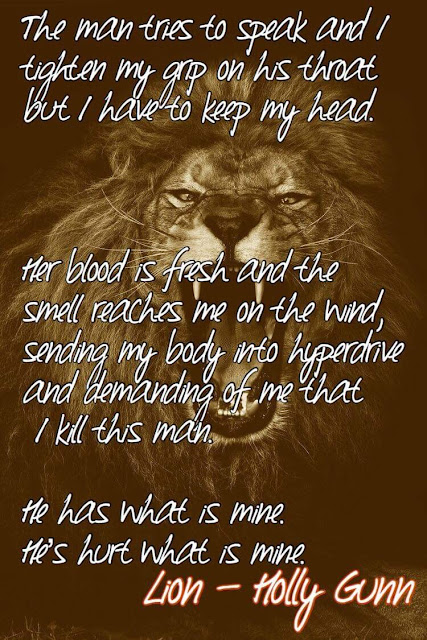 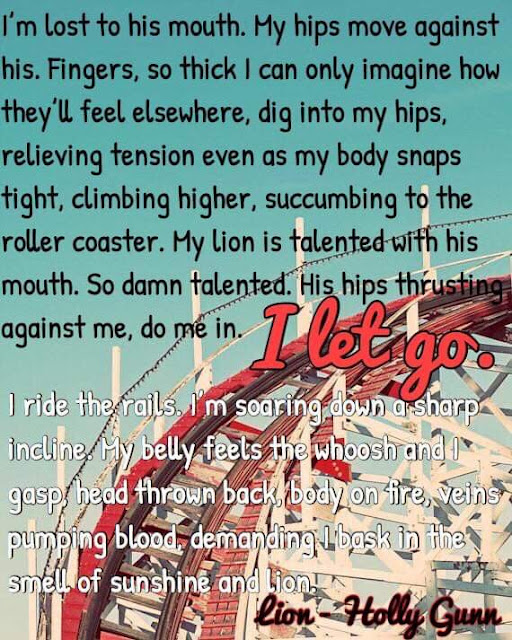 Tour Wide Giveaway: To celebrate the release of LION by Holly Gunn, we're giving away a $25 Amazon gift card to one lucky winner!