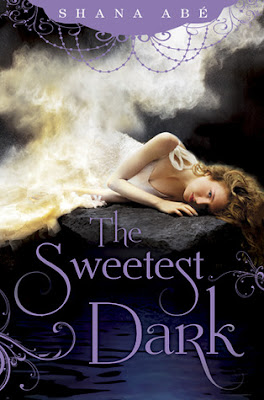 Blurb:
For fans of Lauren Kate and Libba Bray, The Sweetest Dark is filled with thrilling romance, exciting adventure, and ancient magic. Shana Abé brilliantly captures the drama of post-Victorian England, while unfolding a passionate love story that defies time.

“With every fiber of my being, I yearned to be normal. To glide through my days at Iverson without incident. But I’d have to face the fact that my life was about to unfold in a very, very different way than I’d ever envisioned. Normal would become forever out of reach.”

Lora Jones has always known that she’s different. On the outside, she appears to be an ordinary sixteen-year-old girl. Yet Lora’s been keeping a heartful of secrets: She hears songs that no one else can hear, dreams vividly of smoke and flight, and lives with a mysterious voice inside her that insists she’s far more than what she seems.

England, 1915. Raised in an orphanage in a rough corner of London, Lora quickly learns to hide her unique abilities and avoid attention. Then, much to her surprise, she is selected as the new charity student at Iverson, an elite boarding school on England’s southern coast. Iverson’s eerie, gothic castle is like nothing Lora has ever seen. And the two boys she meets there will open her eyes and forever change her destiny.

Jesse is the school’s groundskeeper—a beautiful boy who recognizes Lora for who and what she truly is. Armand is a darkly handsome and arrogant aristocrat who harbors a few closely guarded secrets of his own. Both hold the answers to her past. One is the key to her future. And both will aim to win her heart. As danger descends upon Iverson, Lora must harness the powers she’s only just begun to understand, or else lose everything she dearly loves.

My Review:
First off I want to say I hate this freaking book, it completely wrecked me. Seriously that’s not true, I don’t hate this book, but this book so wrecked me. This book got me in a bunch of trouble. I read this book while I was on a cruise with my Husbanator and his grandmother. My husband was suuuper sick and when he’s sick he sleeps a lot and snores which would be fine, but I was trying to read. So, I left the cabin and found this nice little spot in the middle of the ship with this amazing seat. Well, four or five hours later I’ve finished the book and made my way back to the cabin to find out I was in huge trouble. I guess telling my half-asleep husband that I was going out to read didn’t go over well because he was not half awake, he was asleep and he didn’t remember me telling him anything. His grandmother is in tears, it was terrible and I felt so bad. The Sweetest Dark was totally worth it though because it was amazing.

Lora Jones has been put in an orphanage since she was found wandering a long time ago. She has no memory of where she’s from. Lora can hear sounds no one else can hear, but she keeps this ability hidden because she doesn’t want to get sent to an even worse place. When German air raids on London Lora is sent as a charity case to a privileged boarding school. Sadly, things don’t become any easier for her except now she has food and clothes. The girls at The Iverson School for Girls are terrible to her, mocking and ridiculing her, stealing her things. Too bad for them she’s not one of those girls to just take the abuse they’re giving her and she fights back. I liked how Lora struggled with certain things like “how to be a proper woman,” but she loved and lived for knowledge and reading even though the school didn’t really promote that.

Lora meets Jess the groundskeeper at the school right away and they have an immediate connection. I’m not saying why, besides the fact that he’s amazing, but there is more than one reason they fit so well together. Jesse is such a sweetheart and I liked his character a lot.

Then there’s Armand. He was such a jerk and so self-important most of the story. He’s definitely going to play a role in the other books, but I will also love Jesse for his pure unselfish heart.

The Sweetest Darks’ ending wrecked me. When I figured out the sacrifices one of the characters was going to make and how their story was going to end? Devastated. I have a feeling it’s going to end up with Lora being able to be with both guys, but I’m not sure at this current time. I’m so sad. Definitely will be reading the other books! 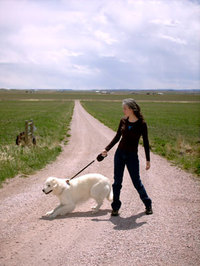 Shana Abé was born in Texas. She spent much of her childhood living in Colorado, with a brief stint in Mexico as a foreign exchange student, and, at age seventeen, lived in Japan as a model. Throughout her childhood, Abé wrote, completing what she calls "The Silliest Romance Novel Ever" during her free time during modeling shoots. Her writing focused on romance, as those were the types of books that she most enjoyed reading.[1] She later attended college in Los Angeles, graduating with a degree in drama.
Her second novel, also a contemporary romance, took third place in a writing contest. She sent the book to several prospective agents, many of which responded with questions similar to "Nice voice — but what line are you writing for?" Unwilling to try to fit her writing into some of the rules that governed contemporary romances, Abé chose to concentrate on historical romances. For her first attempt at a historical romance, the newlywed Abé chose to tell the story of her own romance with her husband, set in medieval times. The manuscript was purchased by Bantam Books and published as A Rose in Winter.
Many of Abé's subsequent novels have also been set in the medieval time period. Abé chose the time period because of its "great sense of dichotomy...It inspires thoughts of grandeur, of courtly grace and chivalrous knights — but at the same time there's a gritty, raw aspect to the period that just cannot be denied."