From New York Times Bestselling author Joanna Wylde comes ELI’S TRIUMPH, a new novella in her Reapers MC series, brought to you by 1,001 Dark Nights! Be sure to grab your copy today! 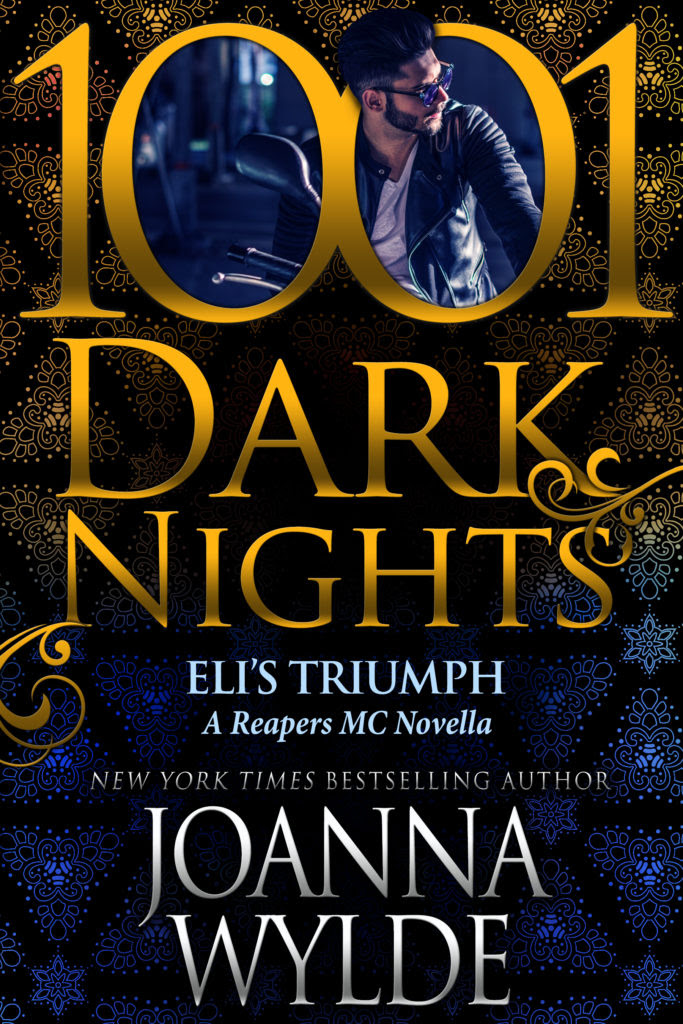 Peaches Taylor spent the last seven years slinging drinks and dodging drunks at the Starkwood Saloon. Some might call it a dead end job, but to her, it was an investment—another six months, and she’d have enough money to buy the place.

Eli King is ready to settle down. He stood by his brothers when they needed him, paying the price for their freedom with his own. Now it’s time to claim his reward—the Starkwood Saloon. He’s got the cash to buy the bar, the skills to run it, and just one person standing between him and his dream: Peaches Taylor.

She’s been driving him crazy since they were kids, and not in a good way. When she was six, she shoved a spider down his pants. When he was ten, he locked her in a closet overnight. Then she hot-wired his car at seventeen, and things got ugly…

They’re adults now, and the Starkwood isn’t a toy to fight over—it’s the hill they’ll die on. No prisoners. No compromises. No mercy.

Peaches Taylor and Eli King are going to war. 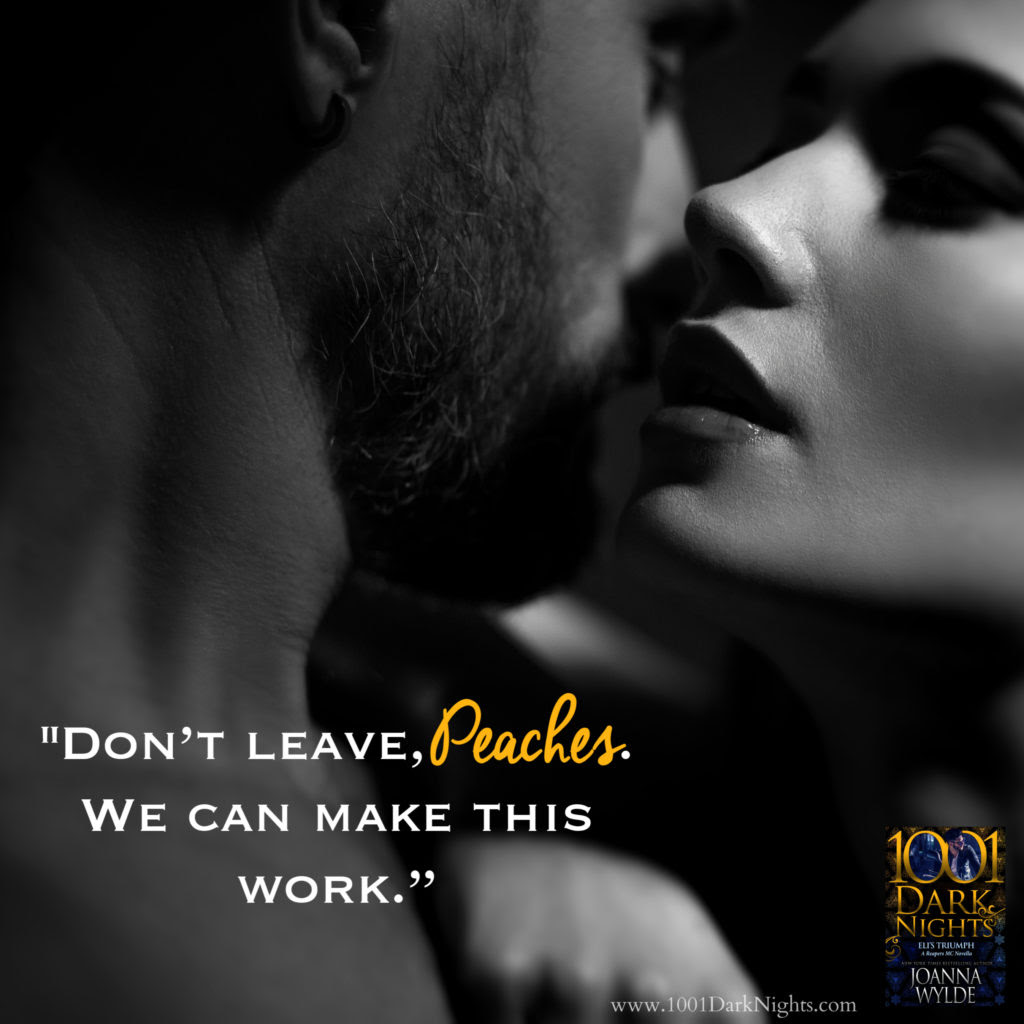 My Review:
As per usual Joanna Wylde has written a very enjoyable story within the Reaper's MC universe. Eli King and Peaches Taylor have been butting heads since Eli moved in with his uncle and her mom. They pulled pranks on each other and Eli has spent years running Peaches boyfriends away.

Eli's been loving on Peaches from afar for a long time. Now he's out of prison for a crime he didn't commit and he's coming after to get what he wants. And what he wants is Peaches and the bar.

Peaches has been working at the Starkwood Saloon for a long time. Running the numbers, the books, and slinging the drinks. When Eli went away she was told she would get the bar. Now Eli's back and his Uncle, the bar owner, is giving the back to Eli.

When Eli and Peaches collide their chemistry is off the charts. Whew. I was rooting for them throughout the story. I loved when they fought and when they made up.

This was a fabulous story. I wished it was longer since the ending seemed rushed, but otherwise, this story was fabulous.

Excerpt:
“Kinda desperate, coming here on your night off,” Eli said as I walked up to the bar. “Usually, girls just text me when they want a booty call.” His lips quirked up in a smirk.
“Go to hell,” I replied absently. Where was Gus? The place was mostly empty, just a few of the Reapers hanging out in one of the corner booths. Megan was wiping down tables, and Eli was the only one behind the bar. I frowned, boosting myself up onto one of the bar stools. “Oh, and can I have a rum and Coke?”
Eli leaned forward on his elbows. “Too late. I already did last call for the night.”
“It’s hardly past eleven,” I said, surprised.
“Slow night.” He shrugged. “Decided to close early.”
“I’ve been trying to convince Gus that we should close earlier when it’s like this for the last three years.”
Eli’s mouth quirked up, radiating smugness.
“Gus isn’t in charge anymore.”
My stomach dropped. “Does that mean you signed the papers today? I thought they weren’t ready yet.”
Eli raised an eyebrow, but he didn’t give me a direct answer. Instead, he grabbed a couple of shot glasses and set them out between us. Then he grabbed a bottle of Crown Royal from the shelf behind the bar.
“Eli, did you sign the papers?” I asked again, feeling nervous. He filled the shot glasses. This was starting to look like a celebration, which didn’t make sense.
They weren’t supposed to finalize things until next week.
“Got them today,” he said, and I heard the triumph in his voice. That fucking bastard… It wasn’t enough for him to take the bar from me. Nope. Now, he wanted me to celebrate with him. This was about him winning. Again. “Already looked everything over. We’ll sign them tomorrow morning at the title company. Grab your drink, Peaches. It’s time for us to make a new start.”
Eli caught my eye, raising his glass in a toast.
I briefly considered throwing the shot in his face because I’d be damned if I would concede defeat. If the papers hadn’t been signed yet, I still had a chance to make my offer. Eli didn’t need to know that, though. So, I gave him a strained smile and forced myself to give his glass a token tap. Together, we downed the shots.
He reached for the bottle and started pouring again.
“Are you trying to get me drunk?” I asked, wondering if he had a deeper game. “Because I stole bottles of this shit all the time in high school. It’ll take more than two shots.”
“Not true,” he said. “You always went for the crappy vodka. Easier to water down. Cover the crime.”
He had me. I’d totally done that.

Add to Your Goodreads TBR 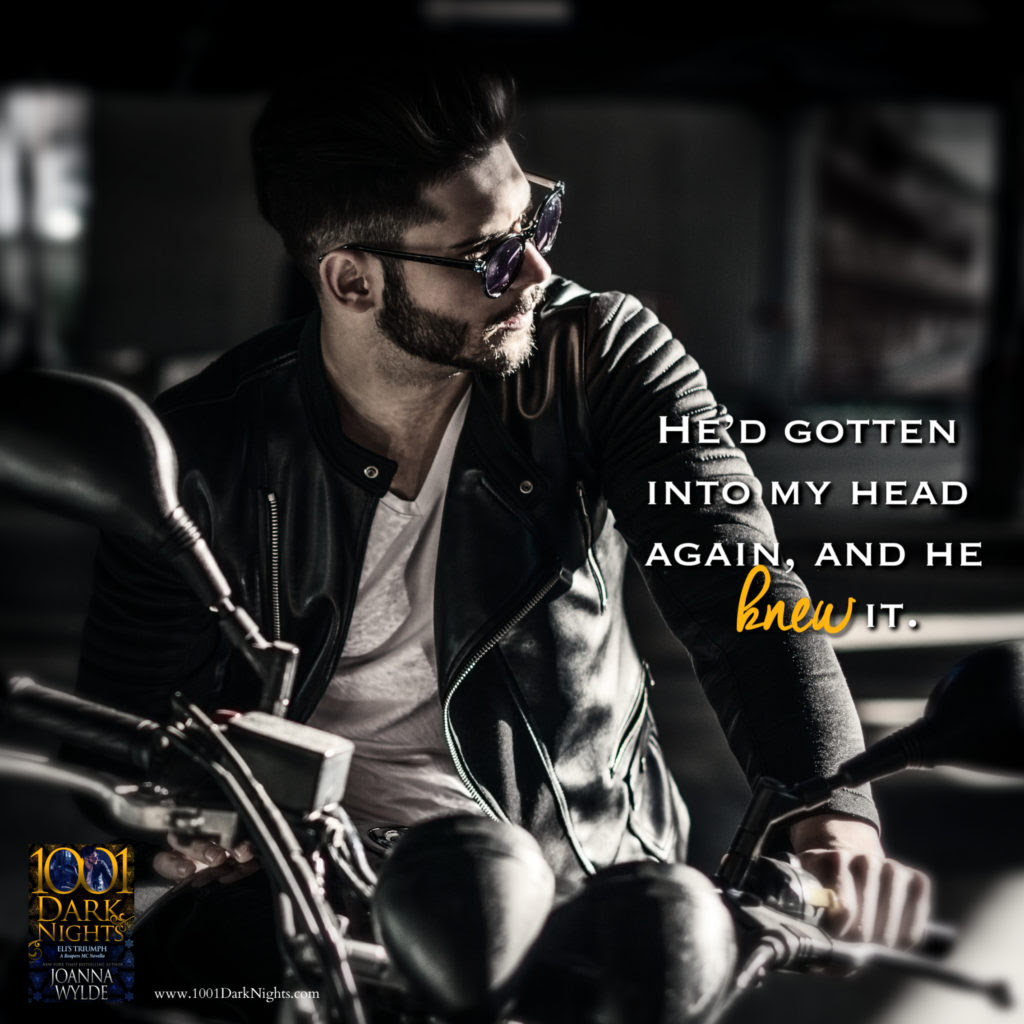 
Reading Is My Bliss – Review


MrsLeif's Two Fangs About It – Review


Reviews by Tammy and Kim (Rachel and Jay) – Review & Excerpt


A Book Nerd, a Bookseller, and a Bibliophile – Review & Excerpt


Blushing Babes Are Up All Night – Review


Between the Screens – Review & Excerpt


Reviews from the Heart – Review & Excerpt


Zili in the Sky – Review


Three chicks and their books – Review


Wrapped Up In Reading – Review & Excerpt

Joanna Wylde started her writing career in journalism, working in two daily newspapers as both a reporter and editor. Her career has included many different jobs, from managing a homeless shelter to running her own freelance writing business, where she took on projects ranging from fundraising to ghostwriting for academics. During 2012 she got her first Kindle reader as a gift and discovered the indie writing revolution taking place online. Not long afterward she started cutting back her client list to work on Reaper’s Property, her breakout book. It was published in January 2013, marking the beginning of a new career writing fiction.

Joanna lives in the mountains of northern Idaho with her family. 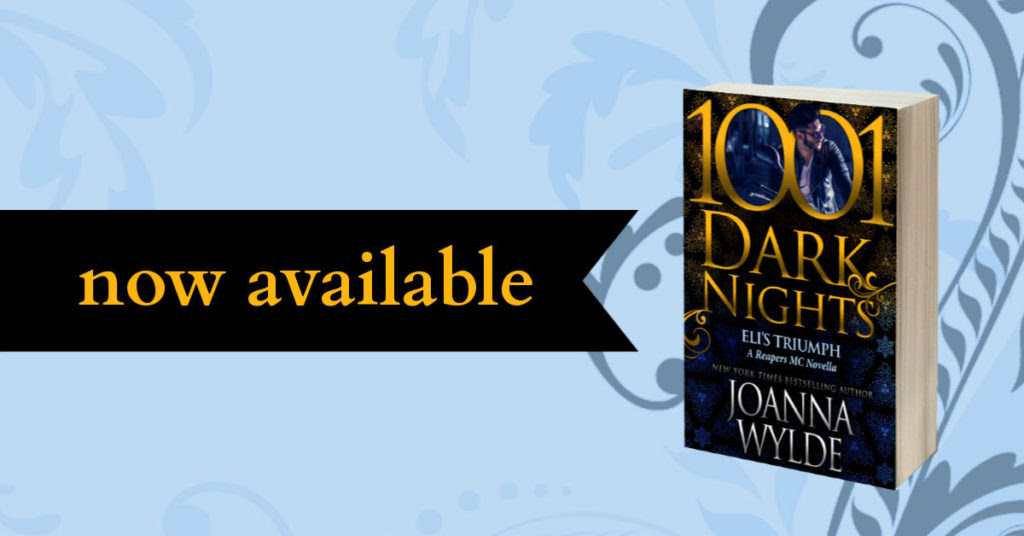