Today we have the release day blitz for R.L. Kenderson’s Object of my Desire! Check it out and grab your copy today! 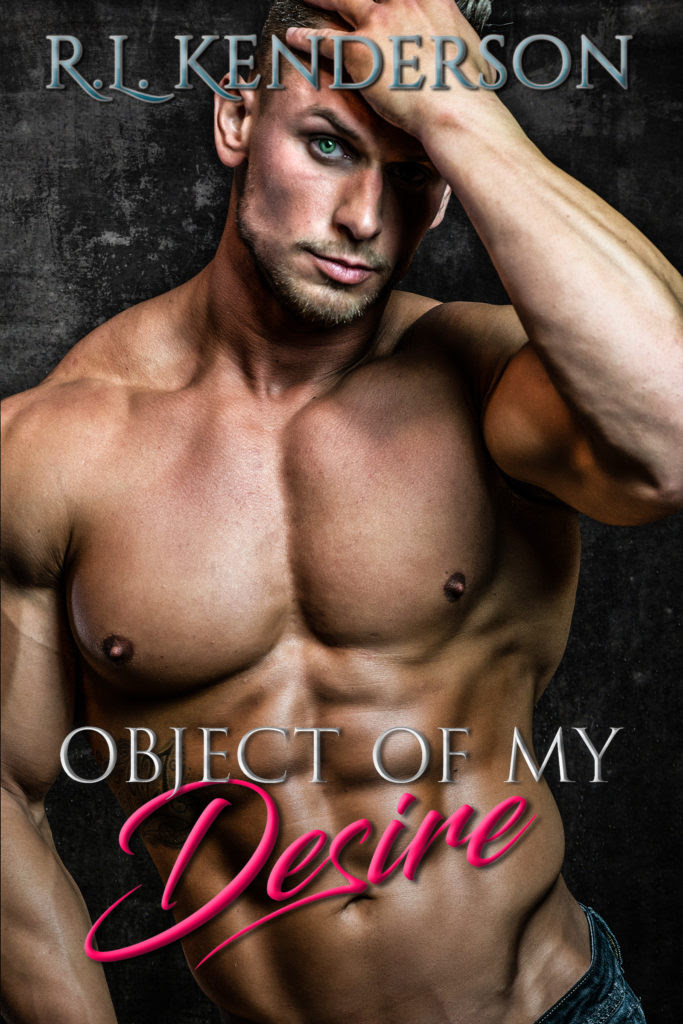 Title: Object of my Desire

About Object of My Desire:

A romance author, a cover model, a book signing...a crush.

Ordinary women like me know we shouldn't fall for beautiful men like Travis Zehler, one of the hottest cover models in romance fiction. But sometimes we can’t help ourselves.

When I meet him at a book signing, my attraction to him is instant. I'm infatuated, and I can't stop thinking about him.

Even though I have doubts he’d ever be interested, I invite Travis to attend a book signing with me. And he says yes.

My fantasy comes true when he takes me to his bed, and the more time we spend together, the more I see that Travis isn’t some object to be desired.

I want to show him he can trust again, but when our confidence in each other is shaken, I began to wonder if happily ever afters are only for my romance novels. 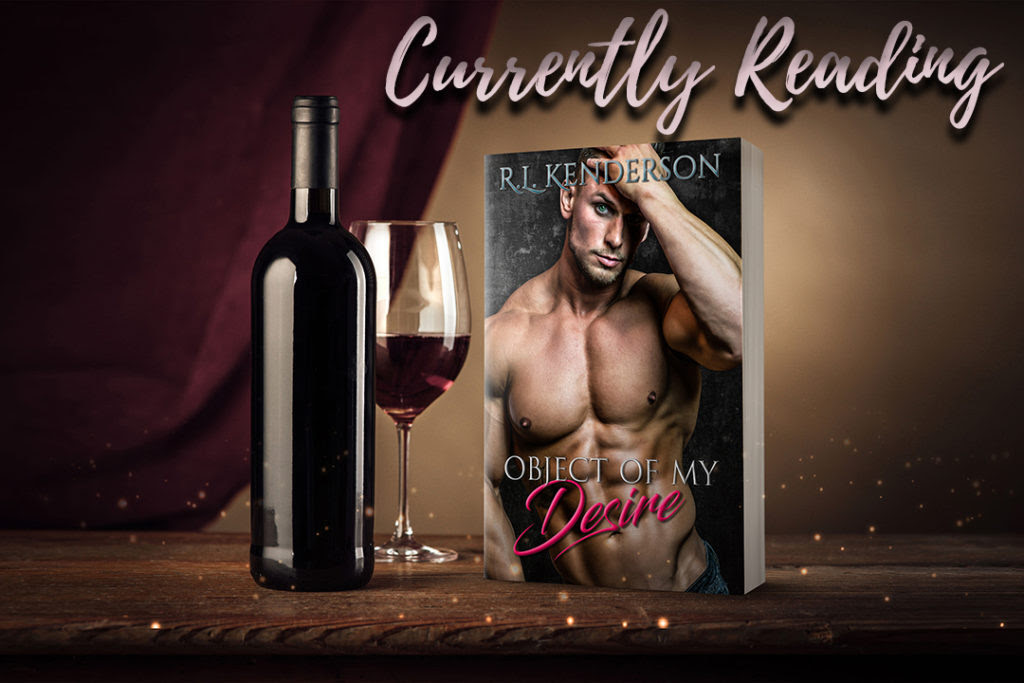 Travis looked away from his phone as he heard Sydney move on the bed. She rolled toward him and put her head on his shoulder. Her brown hair was messy, and her eyes were puffy from sleep.

He thought she looked adorable.

“Mmm … good morning,” she said, her voice hoarse from sleep.

“Good morning.” He kissed her forehead and slid an arm under her head.

She brushed her hand down his chest and abdomen and back up. “Mmm … it’s been a long time since I woke up to a man in my bed.”

“Are you forgetting last weekend?”

She smiled up at him, her eyes half-closed. “That was the hotel bed. I’m talking about my bed.”

She looked to his phone, which he was holding up. “What are you doing?”

She continued to rub his torso. “That’s your app of choice, isn’t it?”

“Yeah. I used to be on Facebook, but it got to be too much. My personal page, my professional page, groups …”

“I forget how young you are sometimes.”

He wrinkled his forehead. “I’m not that young.”

She kissed his chest and smiled. “Young enough that you’re in the group of twenty-something-year-olds that make me feel old for using Facebook.”

“I never said you were old.”

She laughed. “I know. You should hear my niece.”

Travis smiled. “I can imagine.” He opened up his messages and scanned through them. At the same time, he noticed that Sydney looked away. He assumed it was to respect his privacy.

The woman was a keeper.

He went through them, saving some to reply to later and replying to a few right away. “Oh my God.” The next one he hadn’t been prepared for. He should have been, but those kinds of messages still surprised him every time.

Of course, Sydney looked up at his exclamation.

His first instinct was to hide the image on his phone, but he was innocent.

“Is that … hold on.” She reached over and put her glasses on. “Holy crap.” She burst out laughing. “Those are some huge boobs.” She grabbed his cell out of his hand and zoomed in and out. “Wow. Those babies are impressive.” She handed him back his phone. “Do you know who sent the pic?”

Travis just stared at Sydney. She’d laughed. She hadn’t gotten mad or upset. She thought it was funny.

He cleared his throat. “Uh, no. It’s some random fan.”

She rolled her eyes. “I’ve gotten my fair share of dick pics.”

“You have?” He was surprised.

“Yeah. I guess it’s because I write romance. Apparently, the conclusion is, I write about sex, so I must want pictures of strangers’ dicks. When are men going to learn that women don’t ever want that, and if they do, they’ll ask for it?”

Travis laughed. “Do you keep any of them?”

She looked away from him. “Do you?”

“Don’t judge, but sometimes, I show some of my friends before I delete them.”

“You perv. I can’t believe you,” she said, her voice full of sarcasm.

Travis’s eyes widened. “You do it, too.”

“So, do you have any on your phone right now?”

“Okay, I have one because I’ve never seen anything like it.”

He made a come-here motion. “Show me.”

“Okay. But it’s your turn not to judge me.” She grabbed her phone from her nightstand, did a couple of moves on her phone, and passed it over to him.

“Holy shit.” He reached down and cupped his dick.

“Right? It’s a Jacob’s Ladder. Ribbed … for her pleasure.” Sydney laughed at her joke.

He was horrified. “That looks so painful.”

She took her phone back. “I’ve always thought it would be cool to have sex with a guy with a penis piercing, but this is just too much.”

This caught his attention. “You want to have sex with a guy with a penis piercing?”

“Technically, I said it’d be cool. I want to know if it feels good or if it feels weird.”

Travis took her phone out of her hand and threw it on the bed as he rolled Sydney under him. “How about I show you what feels good right now?”

She grinned up at him and spread her thighs.

Travis pushed into her, groaning at the sensation of her wet, slick heat surrounding him.

He kissed her neck and drove into her over and over. Sydney moaned as she lifted both legs and sank her nails into his back. He thrust into her until he brought them both to completion, whereupon he collapsed on top of her.

He quickly fell to her side, so he didn’t suffocate her and pulled her against him.

“Yeah,” she said, panting on his chest.

“And I did it all without a cock piercing.”

Sydney laughed and kissed his sweaty chest. “What are you doing today?”

“I’m hoping you have a gym nearby I can go to.”

“Yep. I might take a day off, but it’s usually only once a week. Or, if I can’t go, I do something else to get exercise in.”

“Hell no. I do four days a week.” She looked up at him. “Does this mean you’re going to break it off with me?” Her eyes widened, and she shook her head. “There I go again, opening my big mouth. And, this morning, I can’t even blame the wine.” She got up on an elbow. “Feel free to ignore me.”

Travis laughed. He liked that she saw them together. The best part was, he wasn’t scared, nor did he feel the need to push her away.

He pulled her back down. “I’ll forget what you said if you go work out with me.”

She rolled away and jumped up from the bed.

He sucked in a breath at her sexy, naked body.

“I take it back,” she said as she walked toward her bathroom. “You can remember me sticking my foot in my mouth.”

Five minutes later, he joined her in the shower.

An hour later, she joined him at the gym.

Two hours later, they met up in the shower again. 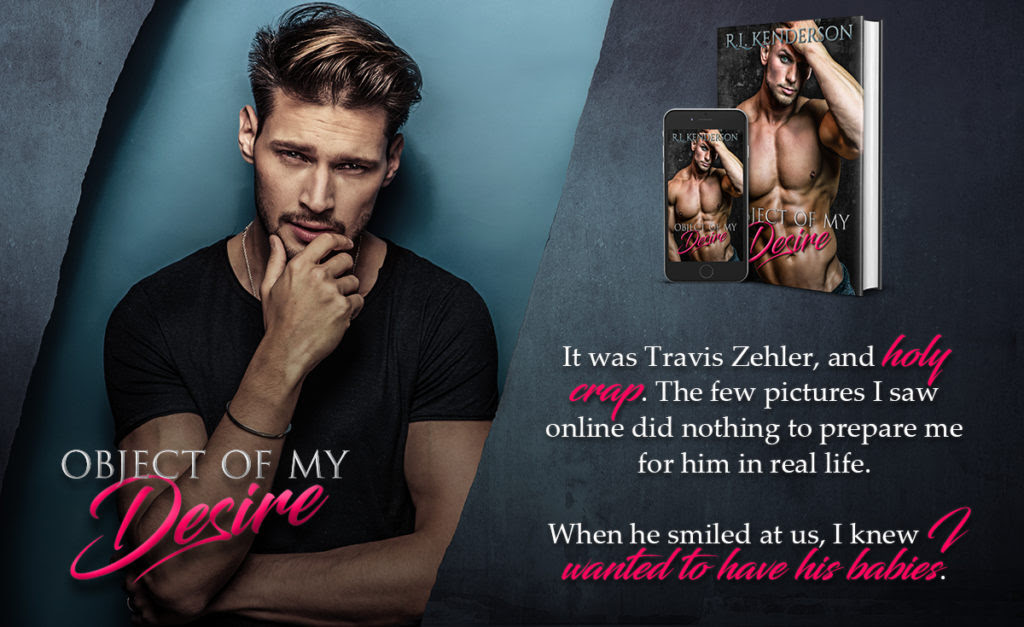 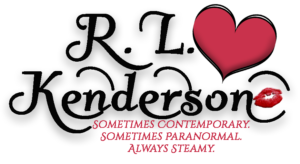 One lives in the Minneapolis/St. Paul area and the other in the Kansas City area where they’re a sonographer/stay-at-home mom/wife and pharmacist/mother by day, and together they’re a sexy author by night. They communicate through phone, email, and whole lot of messaging.