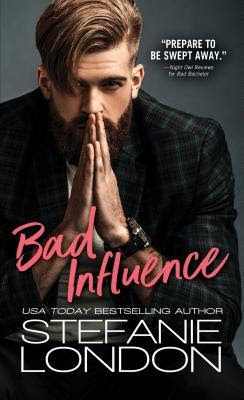 
Synopsis:
He's the bad bachelor who inspired it all...
Annie Maxwell had her whole life figured out...until her fianc� left her when his career took off. If that wasn't bad enough, every society blog posted pictures of him escorting a woman wearing her engagement ring. To help the women of New York avoid guys like her ex, Annie created the Bad Bachelors app. But try as she might, Annie just can't forget him...

For bank executive Joe Preston, his greatest mistake was leaving the love of his life when she needed him most. Now, all he wants is to make things right--and she won't have him. But when Annie's safety is threatened by a hacker determined to bring down her app, Joe is the only one she can turn to. He'll have to lay himself on the line to prove to Annie that he's a changed man. But will their hard-won bond survive the revelation that Annie is the one pulling the strings behind Bad Bachelors?

My Review
I received an early copy of this amazing book through Netgalley and Sourcebooks Casablanca. Huge thank you for letting me read this amazing gem of a story early.

Bad Influence is part three in the Bad Bachelor series. I was a little worried about jumping into an already established world, but I needn't have worried. Bad Influence in my own opinion could be read as a standalone.

Annie thought she had the perfect life. She was going to be moving across the world with her almost-fiance, she has an amazing family and friends, and an amazing job. That all changed when her mother called saying she had cancer and needed Annie to stay. That decision left a huge rift between Annie and Joesph and now Joseph is gone, leaving Annie alone to grieve and take care of her sick mother.

Three years later and Annie is more or less going through the motions. She's created an amazing App called Bad Bachelors where women can rate their dates and she has a job she enjoys. When she's walking in the park one day she never expects to see Joseph again, let alone run into him-literally.

Now they're being thrown together when Annie's computer is being hacked into and the only person she trusts is Joesph.

Joseph knows he messed up leaving Annie high and dry. All he's ever wanted was to make his parents proud and he knew staying with Annie to take care of her mother wouldn't do that. Now he's back and trying to make a name for himself from under the shadow his father casts. He never expected to be with Annie again, but he doesn't throw away the chance to be with her when she needs him.

I greatly enjoyed this book. The story was unique and extremely well written. The App Annie made held a lot of controversy in this story, but I have to say I was a fan of what the App did. I liked it a lot.

I loved Joseph and Annie's characters. I loved how they grew throughout the story. Annie realizing who and what she wanted to do with her life and her part in why Joseph left. Joseph in coming to terms with who he wanted to be and who he wanted to be with. I thought this story was beautifully done. 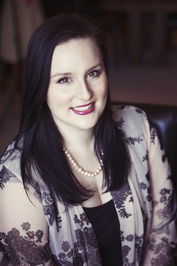 Books that make you laugh a little, and love a lot.

Stefanie London is the USA Today bestselling author of over twenty contemporary romances and romantic comedies.

Stefanie’s books have been called “genuinely entertaining and memorable” by Booklist, and her writing praised as “Elegant, descriptive and delectable” by RT magazine. Her stories have earned accolades such as the RT Top Pick and have achieved bestseller status with USA Today and iBooks.

Growing up, Stefanie came from a family of women who loved to read. After sneaking several literature subjects into her ‘very practical’ Business degree, she worked in HR and Communications. But writing emails for executives didn’t fulfill her creative urges, so she turned to fiction and was finally able to write the stories that kept her mind busy at night.

Originally from Australia, she now lives in Toronto with her very own hero and is currently in the process of doing her best to travel the world. She frequently indulges in her passions for good coffee, lipstick, romance novels and anything zombie-related.