Today we have the blog tour for Angel Fire by Marie Johnston! Check it out and be sure to grab your copy now! 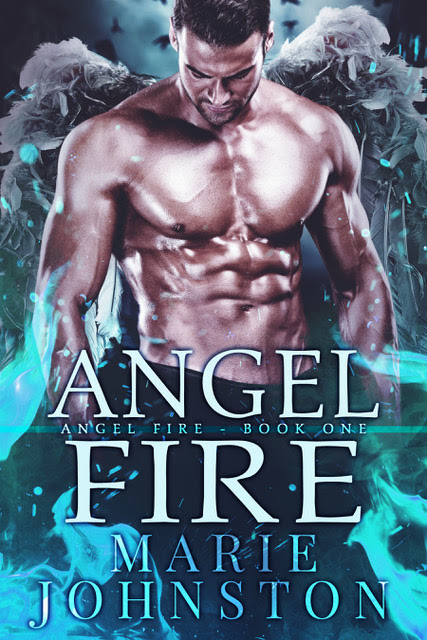 He doesn’t have to like his new mate, even if she is the only angel to accept him.

Bryant should’ve behaved himself. Now he’s been ordered to find a mate. Easier said than done when a bloke like him looks the way he does in a realm full of angels. He’d rather be fighting the good fight in the human realm. But mating the ravishing female that claims him shouldn’t be a hardship. If only her father wasn’t the reason for his scars.

Perhaps mating the surly, scowling warrior wasn’t Odessa’s best idea. But she’s committed, and he’s…frustrating. Enticing. Carrying a grudge she knows nothing about. Yet, when her boss winds up dead and she’s attacked, he’s there to save her.

Digging into the danger Odessa’s facing uncovers an ambitious plot against the realm. Good thing Bryant’s a persistent guy. He’ll stick to Odessa’s side and keep her safe, all so he can let her go in the end. Because one thing he’s learned about the down to earth angel is that she deserves better than him.

Except Odessa doesn’t want to be rid of the loyal warrior. But that’s an argument for a day when someone’s not trying to kill them.

My Review:
Angel Fire was super fun and interesting. Angel Fire is about Angels, Demons, and Fallen Angels. There was so much mystery surrounding everything I was kept on my toes throughout the story.

Bryant is in hell when he is forced to have a mating ceremony. When he met his previous mate she was so put off by his mangled face that she stopped dead in traffic and died. Now years later he has no hope of finding someone to stick it out for eternity with him. When at the last minute Odessa comes in and claims him he doesn't know what to think. Odessa is the daughter of the man who got half his team killed and his face horribly mangled by Angel Fire. At first, Bryant doesn't want anything to do with Odessa, but the minute he finds out she's in trouble he leaps in to take care of her.

Odessa has had nightmares since she was a child and suffered a terrible tragedy in her home. Years later she's back at home and finds the man she thinks will keep her safe. She quickly finds out that he hates her on sight.

Angel Fire is more than just a romance. It's also a story with amazing secrets and murder and conspiracies. I had a lot of fun reading this. My only complaint was the obsessive world building, description and pace. The book dragged in so many areas.

Angel Fire was a very interesting read. There was so much mystery that it kept me going when the pacing made me want to throw my hands up in exasperation. 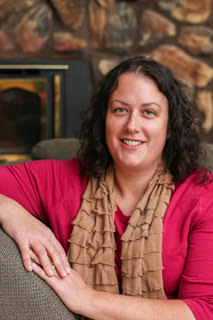