Today we have the release day blitz of BROKEN DRIFT by Adrian R. Hale. Check it out and be sure to grab your copy today! 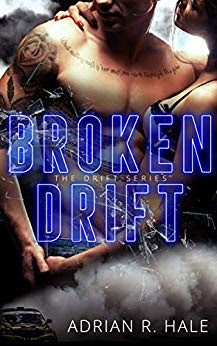 Wyatt
Holding on to regret is poison and I take mine straight up. Fast cars and even faster women—they're my drug of choice. Until I barely survive a crash that destroys my career. Now I'm staring my past in the face and she's even more beautiful than when I walked away.

Isla
I'm wildly clutching at what's left of my shattered life after a failed marriage when he shows up at my rehab facility. I didn't think my life could get any worse. Now the one man who has the power to destroy me completely is asking me to heal his broken body.

Some things need to stay broken. 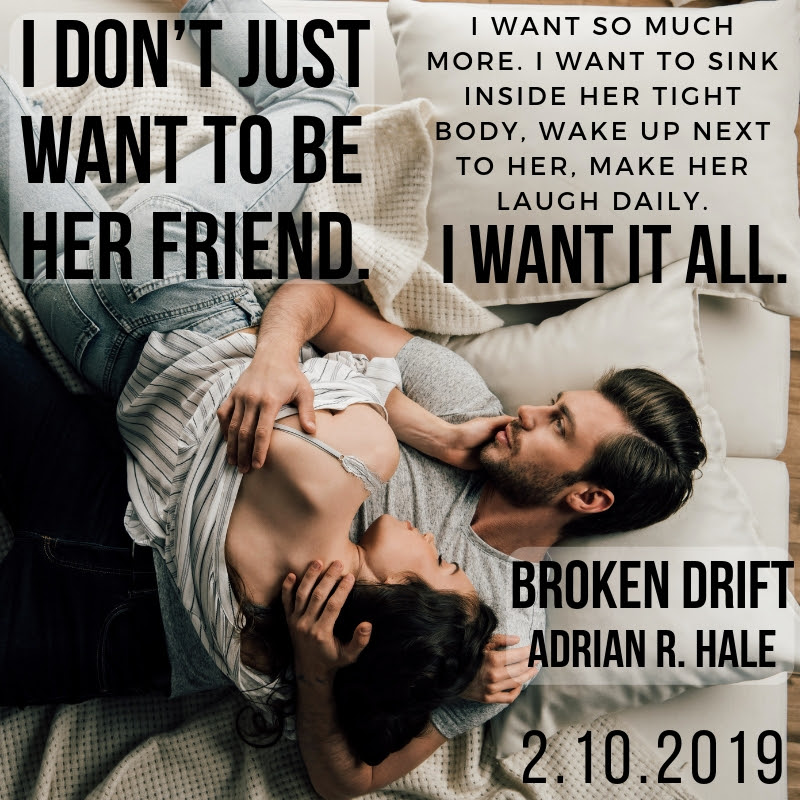 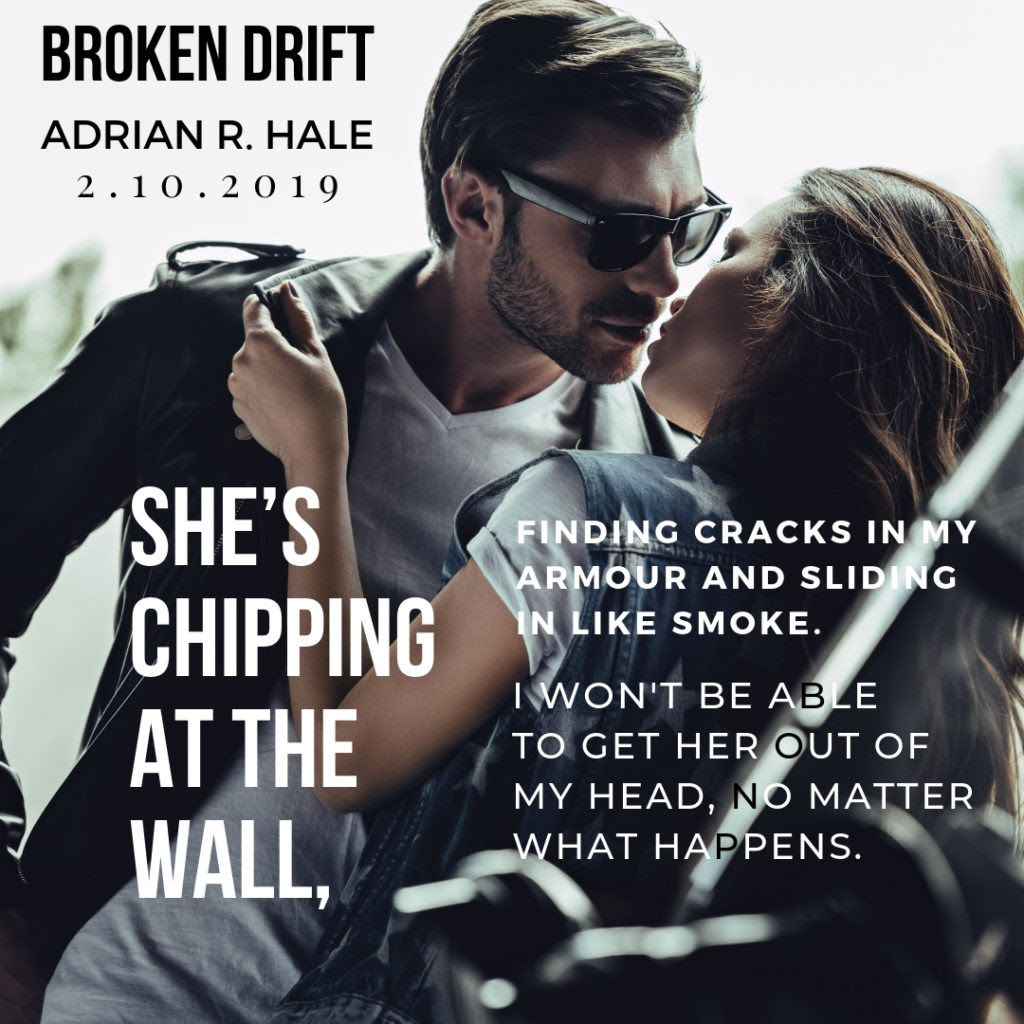 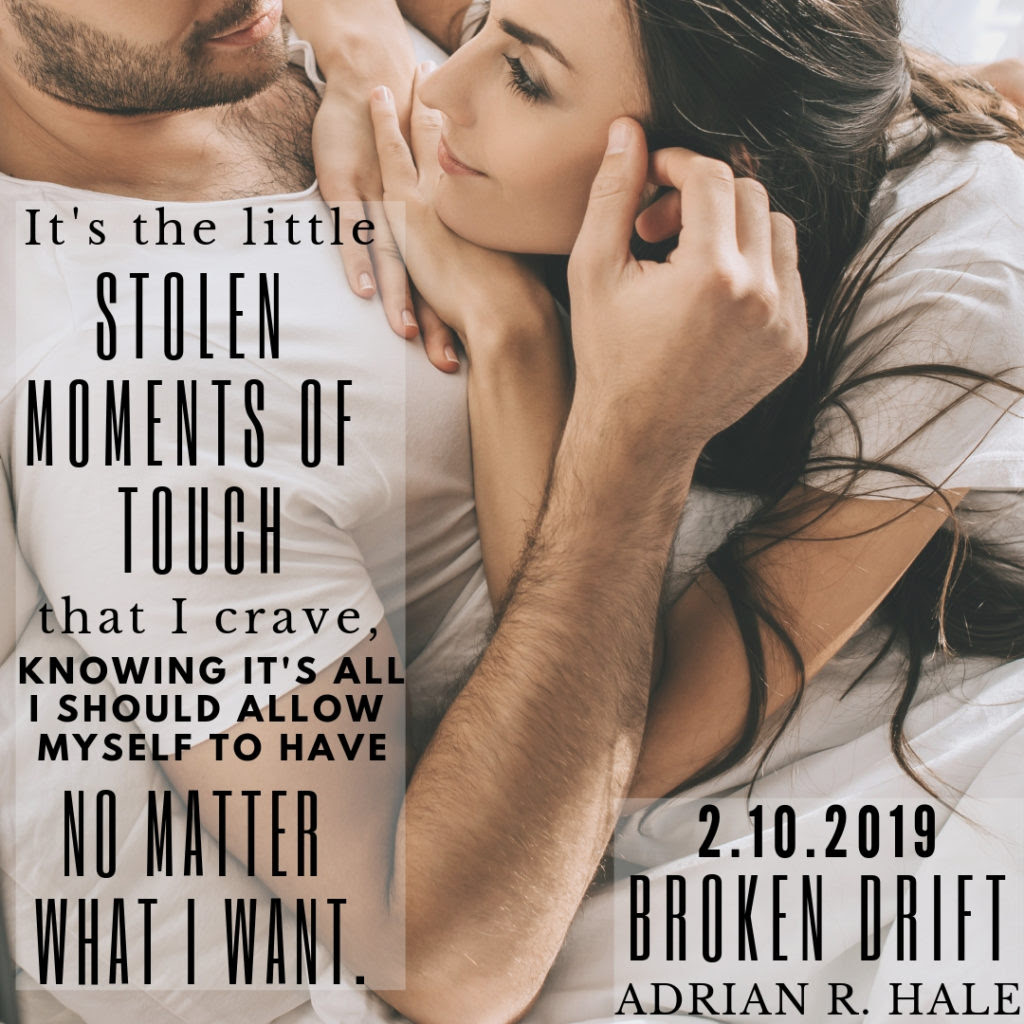 “And here I thought you were just going into the military, I had no idea you were thinking of racing professionally.” I make notes in his file.

“You remember that?” He catches my eyes as I look up guiltily.

“Yeah.” I’m not about to tell him everything. He might think I’m some weird stalker girl, holding onto memories from one night when I was a teenager. And still feeling the backseat sex days after reconnecting. It had been a while for me, and my body wasn’t exactly primed for that kind of activity.

“You obviously followed your dreams of becoming a doctor. Did you ever end up in sports medicine working with athletes, you know, before coming here to fix broken drivers? I think you mentioned wanting to do that because of your background as an athlete.”

“No, I didn’t, I ended up in physical therapy school instead of going to med school. But how did you remember that?” I’m completely taken aback that he would commit that to memory for so long.

He raises an eyebrow at me and I flush again, getting called out for also remembering that he joined the military.

“You would be surprised what I remember, Bird.”

My heart slams against my ribs, racing as he sucks me in with the continued use of the silly nickname he gave me. I bring my hand up to the neck of my shirt and finger the chain of my necklace absently.

“You still have the feather charm, don’t you?”

I nod, pulling it out to show him. “I never take it off.” My father gave me this necklace for my sixteenth birthday. He told me to not just chase my dreams, but to give them wings. I’ve followed his advice as closely as I could all these years.

“Good. Maybe it’s made you think of me at least once in the last ten years.” He gently feeds his arm into the sling and tries to lift the strap over his head with a grimace.

Wyatt’s right. I’ve thought of him over the years when my dreams seemed so far away, the only way I would be able to reach them is with wings, like the bird he compared me to when he saw my necklace in the colorful honky-tonk lights on the night of our fateful meeting. I shake my head at the memories.

“You’re doing that all wrong. It’s easier this way.” I move closer to him so I can unhook the strap and drape it around his neck before securing it to the actual sling. “See, no lifting your arm to get your head through the strap. That’s better.”

“Yeah, it is.” His fingers brush my hip in an innocently intimate manner while his eyes bore into me. 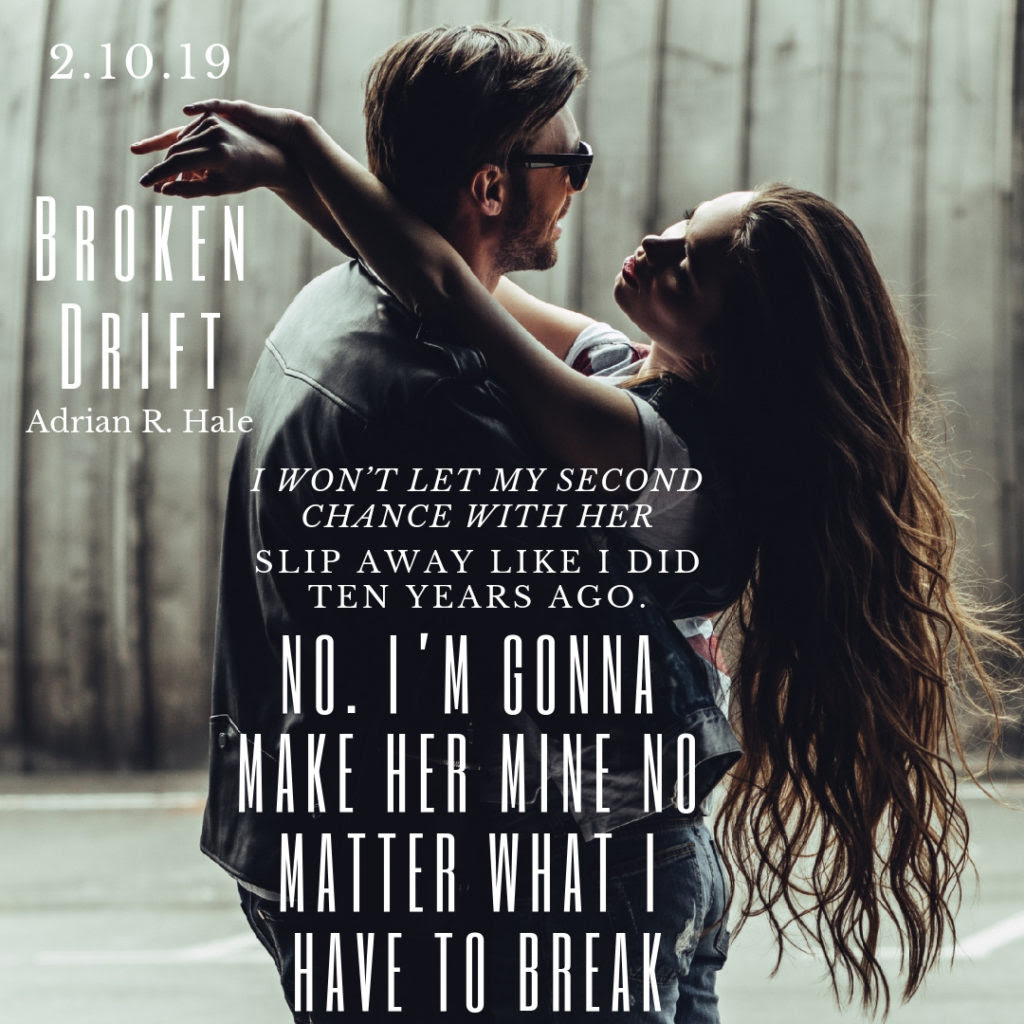 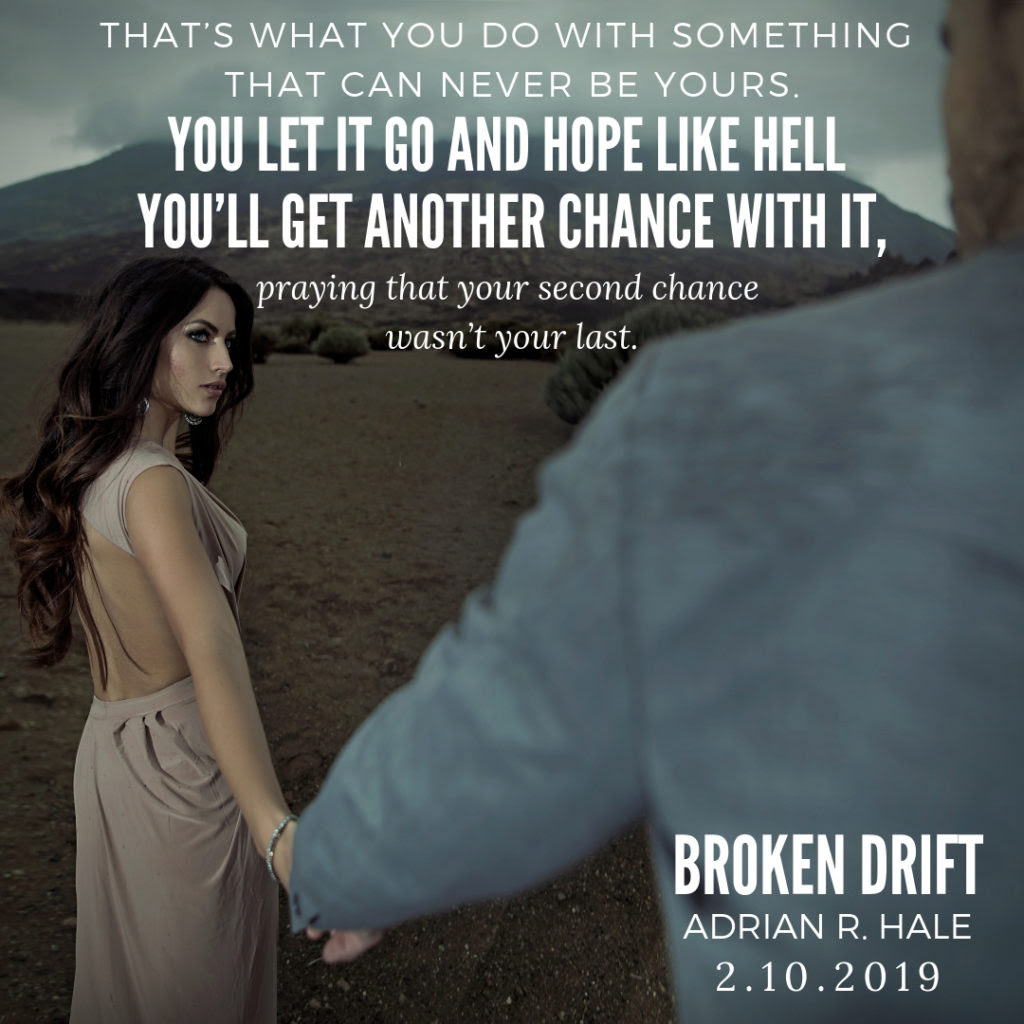 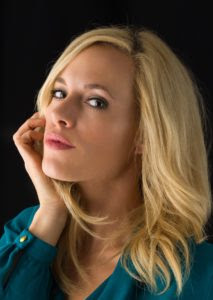 Adrian R. Hale is an enthusiastic lover of life who embraces big dreams. She’s a natural optimist and loves a good romance in any form—as long as there is a happy ending! Adrian is a freelance hair and makeup artist by day and a self-published author by night. Her novels explore themes of finding passionate love while following your dreams. She loves fast cars, strong muscles, baking sweet treats, and is happiest being in motion. She loves hearing from her readers at adrianrhale@gmail.com or on Facebook at www.facebook.com/adrianrhaleauthor