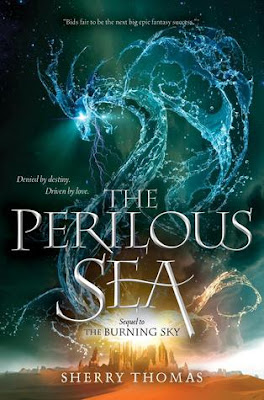 
Blurb:
After spending the summer away from each other, Titus and Iolanthe (still disguised as Archer Fairfax) are eager to return to Eton College to resume their training to fight the Bane. Although no longer bound to Titus by a blood oath, Iolanthe is more committed than ever to fulfilling her destiny—especially with the agents of Atlantis quickly closing in.

Soon after arriving at school, though, Titus makes a shocking discovery, one that makes him question everything he previously believed about their mission. Faced with this devastating realization, Iolanthe is forced to come to terms with her new role, while Titus must choose between following his mother's prophecies—and forging a divergent path to an unknowable future.

My Review:
I got the first book in this serious from RT booklovers convention as an ARC and was so unsure I was going to like this series. How wrong I was. I loved this series and had to get the second book right away.

Perilous Sea was such a surprise I was a little thrown at what was going on. Usually, I would expect that books would pick up where the previous book left off. Not the case with Perilous Sea. This second book is broken up into two parts: past and present. The present is a little confusing with our two main characters not remembering who they are or what they are. They’re being chased throughout the desert by people trying to kill them. In the past, the story picks up where we mostly left off with our characters. Titus and Iolanthe are struggling with whether Titus is going to die like his mother predicted or if he should try and make his own path. Iolanthe is trying to find her place in Titus’ life while trying to play the role of Archer Fairfax. Plus, the school is no longer safe with the Bane now possibly infiltrating the school all this time. Nowhere is safe.

The Perilous Sea is beyond amazing. I love Titus and Iolanthe. So much happens in this book and while I was a little confused at the beginning I didn’t find it too complicated to follow along throughout the story.

Iolanthe has come a long way from book one to where we see her in The Perilous Sea. She’s still independent and intelligent, but she’s also more away of what she must do to save Titus. I love the romance between Iolanthe and Titus. It doesn’t take over the whole story, but their love for each other is definitely an important aspect of their connection in this story.

Titus is trying to decide if his duty to his mother is more important than saving his own life. He wants Iolanthe but the destiny his mother set in place makes him think that he must put their relationship to the side so he can save the world from the Bane. Titus must deal with a lot of the political turmoil since he’s the prince.

The Perilous Sea has a plot twist after plot twist. There is definitely no curse of the middle book. From the first pages, this amazing book sets itself apart from book one and never settles. I love the back and forth and the characters in this story. There is always a looming sense of danger even in the calm moments which only adds to the story and anticipation to continue reading. I can’t wait to continue this amazing series! I know I’m going to end up putting off the final book since I hate endings, but I know Sherry Thomas will make it worth it. 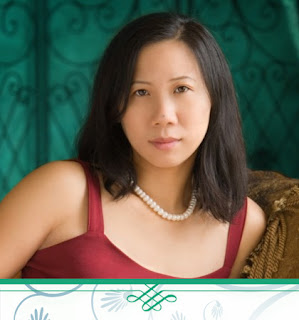 Because actual world domination is too much trouble, USA Today-bestselling author Sherry Thomas decided that her goal is life is to write every kind of book she enjoys reading. Thus far she has published romance, fantasy, mystery, and a wuxia-inspired duology. Her books regularly receive starred reviews and best-of-the-year honors from trade publications, including such outlets as the New York Times and National Public Radio. She is also a two-time winner of Romance Writers of America’s prestigious RITA® Award.

And by the way, English is her second language.