Today we're celebrating the release of BREAKING THE SINNER, the fourth book in The Breaking Series, by Ember Leigh. Check it out and get your copy now! 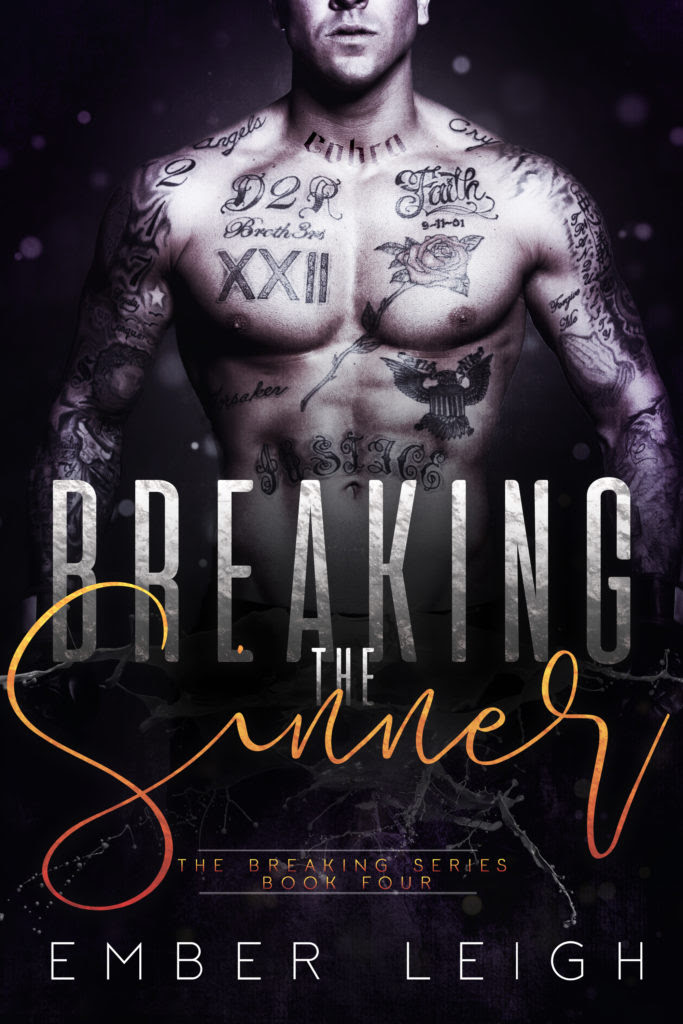 About BREAKING THE SINNER

She picked the name Gen.
As an evangelical exile who fled her community only to land in LA, Genevieve couldn’t be greener. Armed with a list of experiences she’s eager to live, it serves as her compass in the choppy waters of normal society. Until she meets Cobra. There’s nothing normal about the resident gym bad boy who struts around like he could undress her with his eyes alone.

And he goes by Cobra.
Cobra knows better than to believe in blessings. Snagging this stable job at Holt Body Fitness is the only break of luck he’s had since his life took a nosedive as a teen, but it’s just a matter of time before this goes downhill too. Which is why when ultra-innocent Gen stumbles onto his bleak path, he’s eager for the distraction provided by the oblivious bombshell. He can help her live her list—but only so far. Because Cobra’s only good at being temporary.

They both have lives they left far behind them.
Setting three months to wade through Gen’s list of sins, the two of them plunge headfirst into something equals parts sizzling and intense. As Cobra inches nearer to securing his permanent spot at the gym, he comes even closer to a scary new reality. One that might be too good to be true. One that will force him to choose between the only family he’s ever known, and the one thing he swore to never need: love.

My Review:
This was one of my favorite books I'd read in February. I couldn't stop thinking about this book for a long time after I'd finished reading it.

Gen left her families religious stronghold to try and find who she is without the confines of her family and their religion. Moving in with an old friend who had left their community long before Gen starts working on her bucket list. Working on her first job she meets Cobra and is immediately smitten.

Cobra has had a tough life. He's spent it fighting day in and day out. Now he's working at Holt's Body Fitness. When he comes face-to-face with Gen he knows he wants her.

Cobra and Gen hit it off right away. I love how awkward Gen was at the beginning of their relationship but quickly became more confident with their relationship. I loved how Gen tried so many things and got to cross so much off her bucket list and Cobra offered to help her with it. Also, all of Gen's library dates were just the sweetest scenes ever.

Cobra and Gen both had difficult pasts and I'm happy they got their happy ending. Gen got to do almost everything she set out to do and in doing so Gen and Cobra became stronger for it.

I freaking loved this book. Start to finish this book was pure perfection. I couldn't put it down for a single second. The pacing was great, the storyline unique, and the characters were fantastic and unique. This story is a must-read.

“’Sup, Gen?”
His voice was a rumble of thunder and a sultry breeze. She gnawed at the inside of her lip. “Uh, hi. Hello. What am I doing here?”
Cobra stood, seemed to extend himself slowly. Unfurling layers of sinewy muscle, pale skin, rippling ridges. “Didn’t Travis tell you?”
“Yes, he did.” She cleared her throat, unsure what to do with her hands. She was wringing them, but she couldn’t stop it or think of anything better to do with them. “I don’t understand, like…why.”
Cobra’s gaze swept up and down her body. Goosepimples erupted on her thighs, and she wondered if he’d be able to see from where he stood. If maybe he’d like the fact that his gaze alone could turn her on like a light switch.
“You wanted to fix your leg.” Cobra had a duh look on his face.
And then it slammed into her, the embarrassment she’d been trying to avoid for a week now. The list. The freakin’, stupid, dumb-dumb list that he’d gotten his hands on and probably had memorized by now.
Her eyes fluttered shut. “Yeah. You’re right. I thought I told you to forget about that?”
He laughed softly. “Guess I didn’t forget this one.” Cobra’s feet scuffed softly as he stepped closer. The electric hum of the overhead lights rang so loud in the quiet air between them, it sounded like a table saw. “So what happened?”
Gen swallowed a knot. “Is this part of the training stuff or do you just want to know?”
“Both.”
“Okay.” She crossed her arms over her chest, steeling herself to tell the tale. Sometimes it didn’t come out easily. “I was in a car wreck a year ago. My left leg was crushed on impact, and there was some nerve damage. Doctors said I would never walk again.”
So that explained the scar he’d noticed whenever she wore shorts. “But you’re walking.”
“Yeah. Sometimes not very well.”
He sniffed, that chocolate gaze sliding down her legs. Static electricity coursed through her. “I saw. That night I took you home.”
She groaned. “I want to forget that night ever happened.”
A high-grade, mischievous grin crossed his lips. “But you don’t even remember it in the first place.”
She snorted. “Fair enough.”
Cobra snatched a pen from the bench press and clicked it in his left hand a couple times. “Is that why you made the list?”
In the silence after his words, Gen remembered her promise to herself the night before. Time to run with the horses. She lifted her chin. She was tired of cowering, of only imagining how these opportunities might go. It was time to fling herself forward. Even if it ended in a splat.
“This doesn’t sound like it’s related to training anymore.” She attempted a sexy brow lift. “I think you just want to get to know me.”
The hand holding the pen lowered, and something unreadable flattened his expression. She couldn’t tell if she was spot on or about to find a seventh level of embarrassment. “Maybe. But wouldn’t you be curious if you found a list with ‘fix my leg’ on it?”
That was the least of the items on the list. The truth burned in her. “Of course.” Admit you saw the virgin entry already. “Not to mention all the other ridiculous things on that list.”
The pen clicked again, and he watched her so long she thought she might wilt under the attention.
Cobra turned abruptly, returning to his pile of papers. The absence of his gaze felt like a cold wind whipping past her.
“I want to help you with the list,” Cobra said, picking up a sheet. He handed it to her, something molten in his onyx eyes.  He stepped closer. Her heart rate picked up, and she started to step backward. The way she’d been trained her whole life.
But she caught herself in time. Stood her ground. Stayed rooted. This was her space.
“You already are.”
His cheek twitched. “The rest of the list.”
Yes bubbled up inside her and threatened to bellow out with as much force as the polite no thank you always ready to pop out at a moment’s notice. This was the day of testing her new resolution, apparently. See how far Gen could be shoved into the Discomfort Zone.
She struggled to keep her composure. No handbook existed for this. Too many hormones plus too much repression equaled her: a loose cannon way out of her element, ready to grind up against Cobra right here in the middle of the spare workout room.
Wouldn’t that be a fun snapshot to send home to her siblings and parents?
“I made that list a long time ago,” she said, her cheeks already flaming.
“But you only crossed off one thing.”
Crap. “I don’t keep it updated. It’s not, like, my priority.” She drew a shaky breath.
“Do you want to go get coffee tomorrow?”
She couldn’t even look up at him. Excitement throbbed behind her ribs. “Yes.” 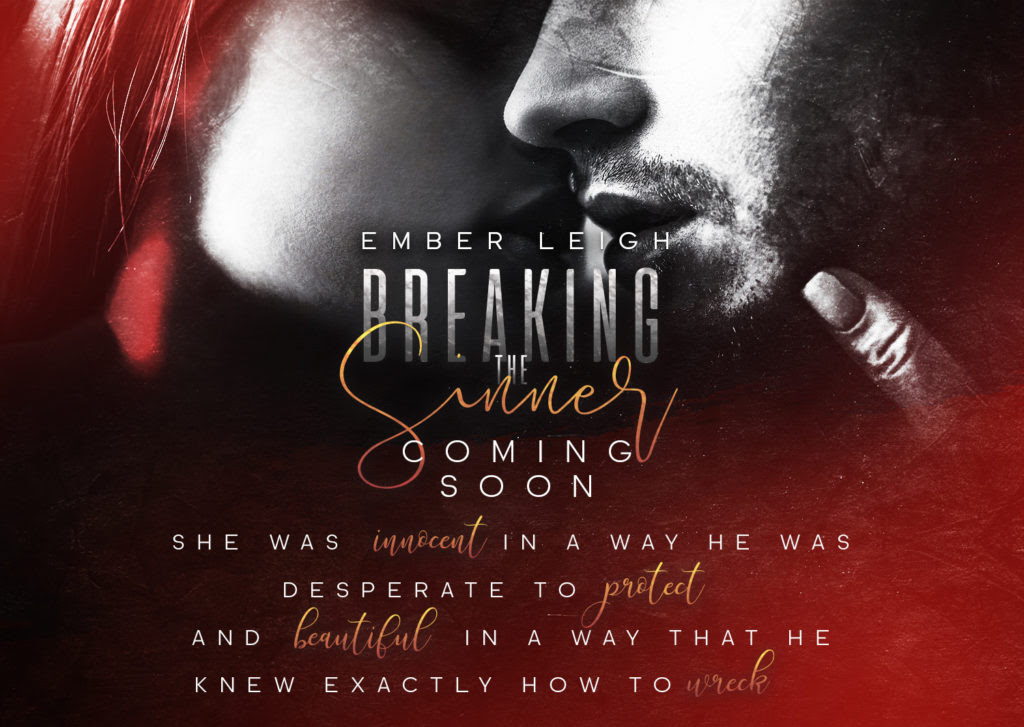 Catch up on the rest of The Breaking Series 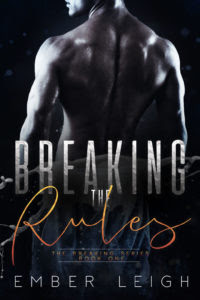 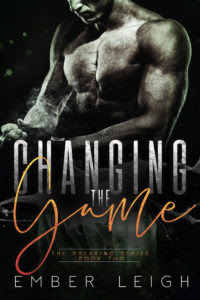 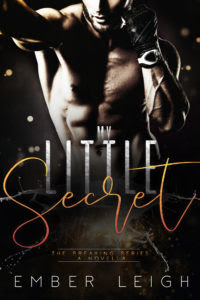 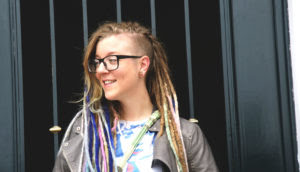