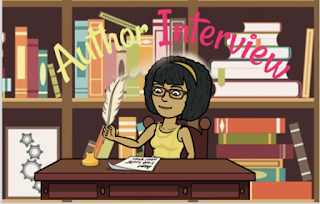 Hello everyone! I'm happy to announce I have Kelly Meding here for an interview about her new book Stray Moon from the Strays series. 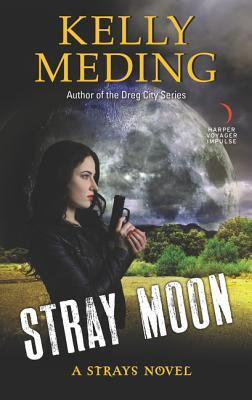 About the book:
Para-Marshal Shiloh Harrison has always been a great number two for the East Coast unit. But after her boss is found dead (having betrayed the paranormals he was sworn to protect), she’s suddenly thrust into a leadership role she isn’t prepared for. And it doesn’t help that she traded away memories of one of her most important team members to save another’s life during her last mission.

Too, she’s in charge of a unit that is mired in bureaucratic red tape, meaning she’s essentially under house arrest. But a West Coast Para-Marshal has astral-projected a warning: werewolves are going missing, and she needs Shiloh’s help. Last time it was vampires. This time it’s werewolves. Half-djinn herself, she knows she can’t just sit around and do nothing while paranormals are getting snatched. Her old boss may have broken his oath, but Shiloh will do anything to serve and protect. 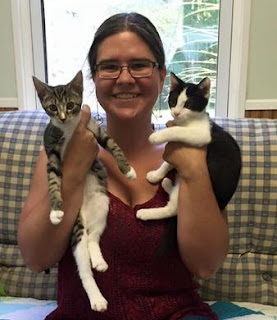 INTERVIEW:
Where did you get the inspiration for Stray Moon and the Strays series?

I had a lot of different inspirations for the Stray series, but it began one Friday night many, many years ago when my BFF and I watched a movie marathon, helped along with a pitcher of Sangria. Even though we watched at least four different movies, the only one I genuinely remember is “Repo! The Genetic Opera” which is where I found the inspiration for Woodrow Tennyson, Master vampire and his multi-colored hair. And probably the name Shiloh for my main female character. I mostly remember the day after that movie marathon and sitting down at my computer with very vague ideas of a world where certain paranormal creatures are known but most are hidden, as well as dedicated law enforcement to deal with them. Everything sort of spun out from there. Boiled down, the idea is similar to my Dreg City series, but also completely different in terms of the actual world-building and paranormal creatures/mythologies.

Have you had other jobs outside of being an author?

Oh gosh, yes. Very few people go directly from unemployed student to professional author. Mostly, I’ve done retail. In high school, I had odd jobs at a family-owned grocery store, TCBY, and a linen outlet. After college, I went to work for Pier 1 Imports and worked my way up from sales associate to assistant store manager (and was an interim store manager twice in different stores). They’re a great company to work for and I love our products (half my apartment is Pier 1). While I only work for the company a limited number of hours now, I’ll celebrate my 17-year anniversary this May.

Do you have any stories you’ve really wanted to write, but haven’t yet?

Tons! I’d love to dive back into my Cornerstone Run world, which is a paranormal romance trilogy I published as Kelly Meade. It’s a fun world of werewolves, Magi, and magic, and it was a nice departure for me from traditional urban fantasy. One day I’d also like to continue the Dreg City series but from the POV of a character named Milo, who went from a walk-on role to a full-fledged, major-side character by the end of the six book series. I’d also love to do something that is straight-up horror, because I am a huge fan of horror movies, and I’d love to do something that is just dread and gore and full-on scares. I have the inklings of ideas without a fully developed one yet. Maybe one day!

Where did the information and lore surrounding this book come from?

From all over the place. I have all kinds of books about mythology, Fae, supernatural creatures, magic, alchemy, et cetera, and when I was putting this Strays idea together, I read a bunch of different texts. When I decided Shiloh would be half-djinn (mostly because there were very few djinn-centered books when I first drafted Stray Magic), I read a bunch of lore on djinn/genies and their various origin stories and levels of abilities. Created my own rules of wishing. I also used the internet quite a lot to find more references and histories for various creatures like dhampirs, incubi, and even gremlins.

Book two was really fun because I got to dig into the vast mythologies of werewolves and shifters, and to create my own mythology, complete with the patron goddess of werewolves, and her own personal grudges against other ancient gods and goddesses who may or may not visit earth anymore. Urban fantasy is just this giant playground of fun!

Where did you get the idea for Shiloh Harrison? Does she remind you of yourself or anyone in your life?

I honestly wish I could remember exactly where she came from. This entire universe was originally hatched back around…2010? It was a while ago, and I sat on the original draft of Stray Magic for ages until I showed it to my agent. The majority of my UF point-of-view characters are female, and her name came from “Repo! The Genetic Opera.” As for the rest of her…, I’m not sure. Most of my strongest characters tend to show up, fully formed and say “here I am!” rather than me sitting down and telling them who they are. I can’t say that she reminds me of anyone in particular in my own life, but it was fun to finally write an MC who had two living parents and great relationships with both (like I do) in a genre where the heroine is typically either an orphan, one parent is dead, or she doesn’t get along with one or either of them.

How did you get the information for the Para- Marshal’s unit?

Since the Para-Marshals are completely fictional, other than doing a bit of research into how the US Marshals Office runs and who has oversight, I basically made everything up. In this world, only vampires and werewolves are officially out to the public, so I decided to only create two teams of Para-Marshals: one for the east coast, and one for the west coast. And, as we find out by the end of Stray Moon, there is an even bigger reason why there are only two teams…

Why do you write under two different author names?

I made the decision to publish the Cornerstone Run trilogy under the name Kelly Meade, because these books were more heavily paranormal romance, versus the urban fantasy/SF I’m known for as Kelly Meding. My Kelly Meding books sometimes have romantic elements or through-lines of romantic tension, but I wouldn’t shelve them in romance. Kelly Meade books are definitely romance, with a self-contained romantic plot and happily-ever-after for the main couple.

What was your favorite part about writing Stray Moon?

The dance Shiloh and Jaxon did the entire book. Spoilers for Stray Magic. Because of the bargain Shiloh makes with a sidhe in book one, she loses all memories of her teammate and ex-boyfriend Jaxon. Writing her perspective on working with a complete stranger, versus her instinctive knowledge of his guy in her gut, was a lot of fun. And also balancing her rediscovery of why she once loved Jaxon with her growing…flirtation with Tennyson and blood connection to him gave me a lot of tension to work with throughout the book. It’s like an odd kind of romantic triangle, but she isn’t actively pursuing either man, so I have no idea how it will all turn out!

Do you have a favorite scene from this book, and if so what is it about and why?

I think one of my favorite scenes was about two-thirds into Stray Moon, when Jaxon (um, spoilers?) binds Shiloh to the rules of wishing, and a small group of the Marshals end up invisible, in order to infiltrate the place where the missing werewolves are being held. It ended up being a kind of funny scene, because of the way Jaxon worded his wish. Not only could the affected people not see each other, but they also couldn’t even see themselves. The scene was goofy but also serious, and one of the things I love most about dabbling into magic and urban fantasy worlds.

Born and raised in Southern Delaware, Kelly Meding survived five years in the hustle and bustle of Northern Virginia, only to retreat back to the peace and sanity of the Eastern Shore.  An avid reader and film buff, she discovered Freddy Krueger at a very young age, and has since had a lifelong obsession with horror, science fiction, and fantasy, on which she blames her interest in vampires, psychic powers, superheroes, and all things paranormal. She is also a mama to two amazing fur-babies named Jinx and Puck.

Three Days to Dead, the first book in her Dreg City urban fantasy series, follows Evangeline Stone, a paranormal hunter who is resurrected into the body of a stranger and has only three days to solve her own murder and stop a war between the city's goblins and vampires.  Additional books in the series, As Lie the Dead, Another Kind of Dead, and Wrong Side of Dead, are available in both digital format and mass market paperback from Bantam. Books five and six, Requiem for the Dead and The Night Before Dead, are published in digital and paperback by Smedge Press.

Beginning with Trance, Kelly's MetaWars series tells the story of the grown-up children of the world's slaughtered superheroes who receive their superpowers back after a mysterious fifteen-year absence, and who now face not only a fearful public, but also a vengeful villain who wants all of them dead.  Trance and Changeling are available now in both digital format and mass market paperback from Pocket Books. Tempest and Chimera are available in digital format only via Pocket Star. All four books can also be purchased as a digital bundle.

Writing as Kelly Meade, her paranormal romance trilogy with Berkley Intermix features three shifter brothers and the women they come to love, starting with Black Rook, and continuing with Gray Bishop and White Knight.
Posted by Reese's Reviews at 12:00 AM